A couple of months ago I picked up this awful pink dresser at a local goodwill, and although it was in pretty rough shape I could see its potential. We actually sanded this baby down at our old apartment right before we moved, and it’s a good thing because there were layers upon layers upon layers of paint! Here is a before photo: 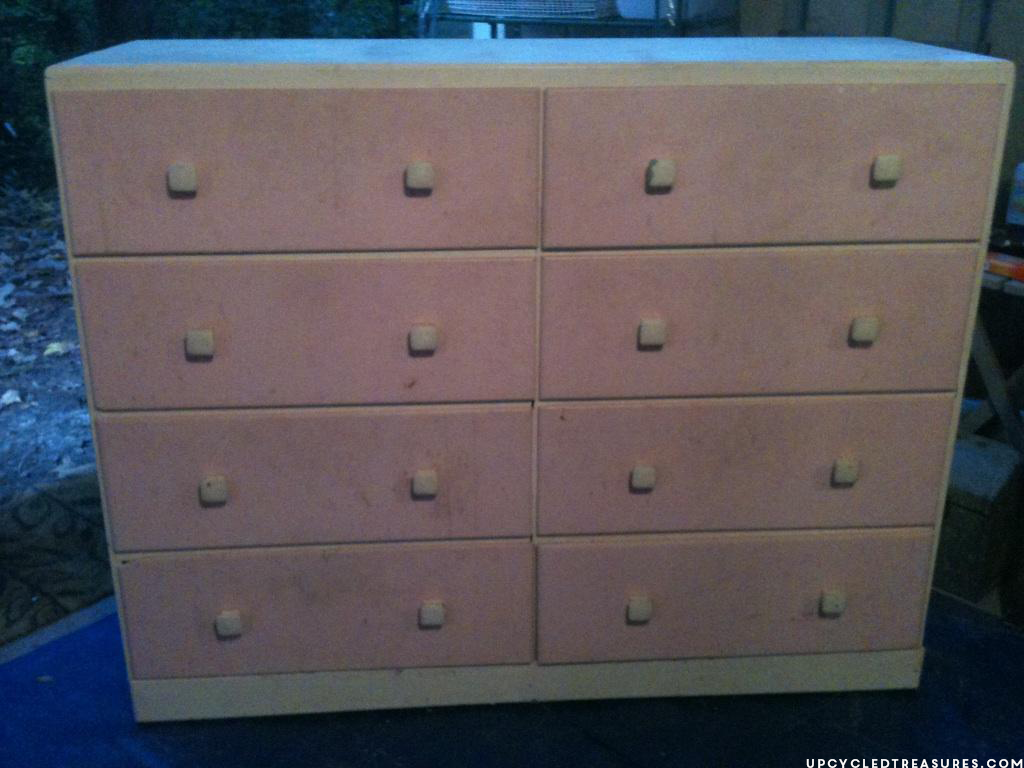 I was originally going to decoupage some maps onto the knobs but after testing out a few I decided the knobs were a bit bulkier than I liked. Replacing 16 knobs can get a bit pricey so I decided to putty up the existing knob holes and drill new holes for drawer pulls instead. I found some awesome branch style drawer pulls on Ebay that I knew would be perfect and they arrived just days before we moved.

I measured the distance between the holes on the new drawer pulls so that I could create the new holes on the drawers. I basically measured the center point in between the original knob holes and then used that as my new center point for the drawer pulls. After measuring twice and drilling once, the new drawers were all ready for the new pulls, yay! Unfortunately, this was all done right before we moved so I don’t have any photos of the process.

Fast forward a couple months and I decided to lightly sand down and repaint the dresser. I mixed a couple different shades of blue “oops paint” with a couple different shades of gray “oops paint” and came up with a nice bluish-gray color. Not gonna lie – I can’t wait to have a house with a garage or basement but until then hallways, bedrooms, and the dining room will work just fine. 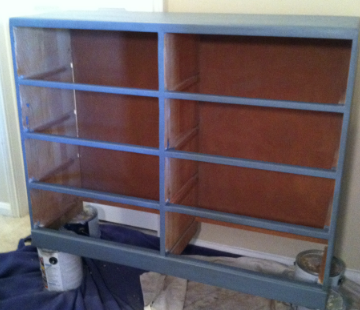 I then decided I wanted to add some Valspar Asphaltum Glaze to add some texture to the color. The bottle I used cost me about $10, but you only need to use a little bit for each project so it lasts a loooooong time and is well worth it. 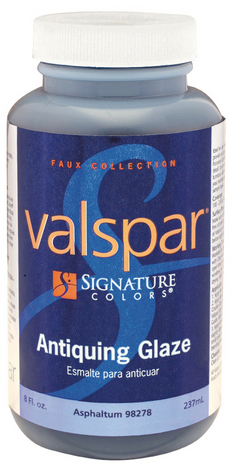 At this point, I had only glazed one drawer and was about to start on drawer 2 – hence the water spots on the drawer on the right side in the photo below. If you are not familiar with glazing it’s essentially a translucent film that can be applied over paint to add character to a piece, make it appear “aged” and bring out the detail. It has been used on faux finishing walls but is also popular to use on furniture. I have used glaze on several projects, including a set of nightstands, a mirror, and even candlestick holders. Once you start using glaze it can definitely become addictive and you may soon find yourself wanting to glaze everything in sight! This dresser doesn’t have a lot of detail but I decided to add a little glaze to give it some more texture – and it was an excuse to play around with glaze some more.

There are different techniques when it comes to using glaze but you generally paint it on with a paintbrush or roller and then wipe it off with a rag. One of my favorite things about glaze is that you are able to work with it for 5-10 minutes before it dries, so if I put too much on I can simply wipe it off with a wet cloth. The way I added glaze to the dresser was by misting the section I was working on with a water bottle, then dipping my paintbrush in the glaze and painting it on. After I painted it on, I simply wiped it off with a rag until I got the desired effect. I wanted something light and not too heavy on the dresser so I only had to go over each section once. On other projects I have gone over sections multiple times to achieve the effect I wanted. 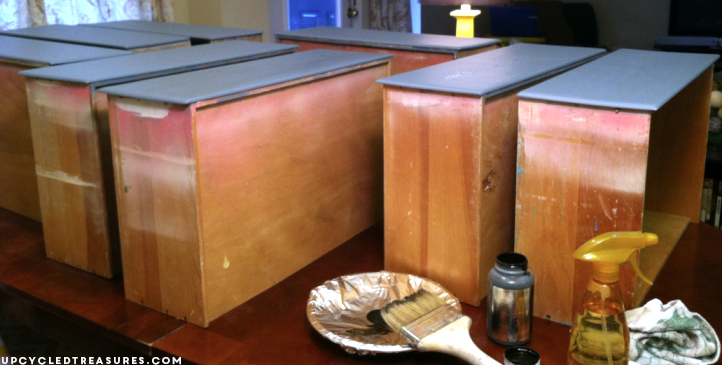 As you can see in the photo above, the drawers were in pretty rough shape, so I decided to sand down the sides and inside to clean them up a bit. And below is the result – soooooo much better! 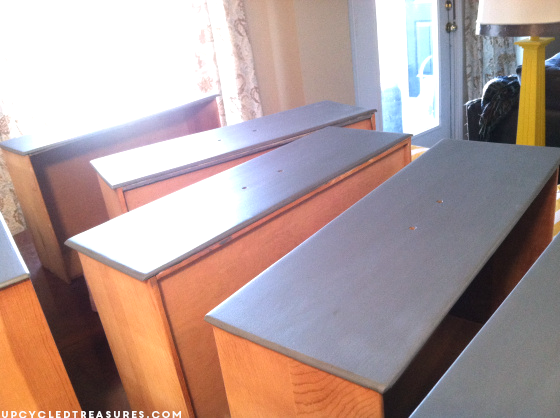 After everything was painted, glazed and dry I then sealed it with some wax to protect it from getting scratched. 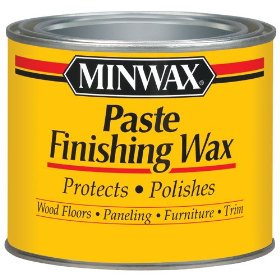 And here is my new blue dresser all completed: 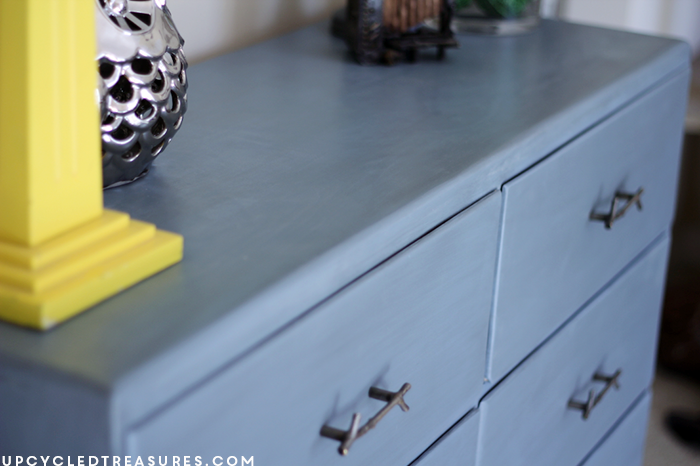 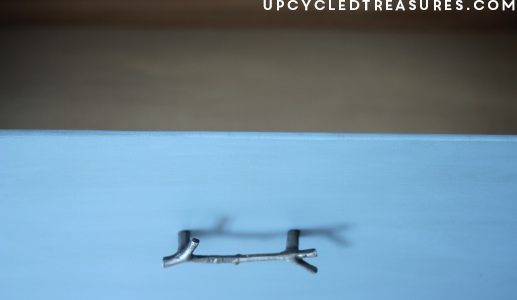 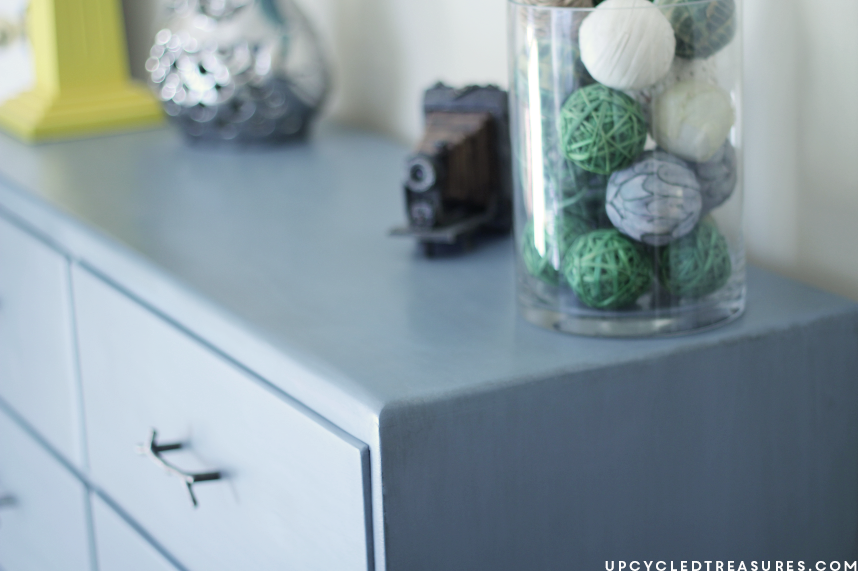 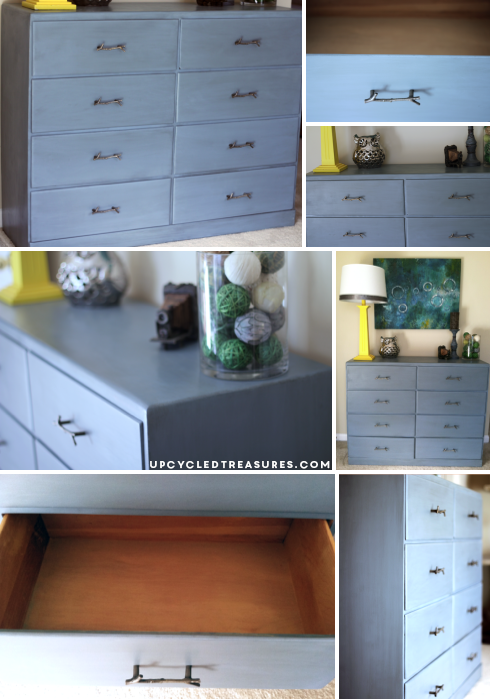 FYI the lamp in the photo was a Pinterest FAIL that has since been made over into my new nautical rope lamp shade which you can see here.

Well I’m happy with the results and love the drawer pulls. I actually bought a set of 10 from Ebay so I still have 2 leftover that I plan to use when I makeover our nightstands.