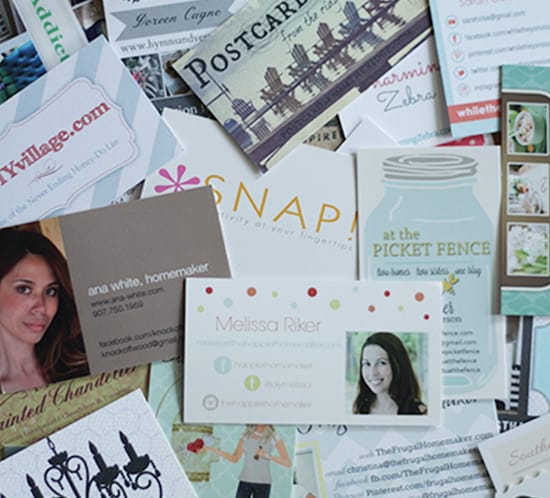 So as you may already know I spent Friday and Saturday at Haven 2013, a DIY Blogging and Home Decor conference here in Atlanta. I feel so blessed to have won the ticket from Home Stories A-Z a couple months ago {thanks Beth!} because otherwise I wouldn’t have been able to go. 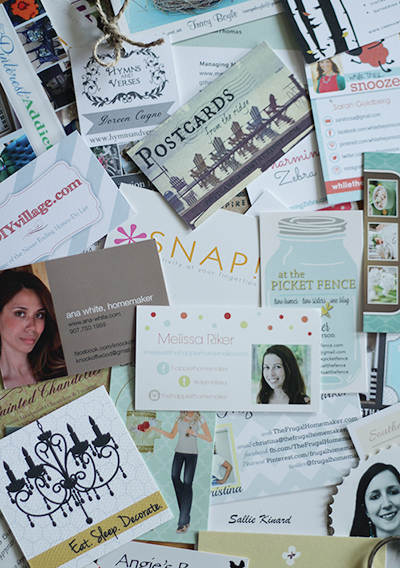 Some of the business cards of bloggers I met during the conference!

It was sooooo much fun to talk to other blogging DIYers and also get my learn on. Sometimes I feel like my friends and family give me blank stares {or un-interetsed ones, lol} when I talk about what I do, so it was nice to be surrounded by other gals that get it, and could also offer up advice 🙂

Some of the amazing speakers that were there were Ana of Ana White Homemaker, Beckie of Infarrantly Creative, Knock Off Décor and Roadkill Rescue {yes she has 3 blogs and actually just added 1 more!}, Rhoda of Southern Hospitality, Heather of At the Picket Fence, KariAnne of Thistlewood Farms, Tauni of SNAP Creativity and Cassity of Remodelaholic.

Those are just a few of the speakers from the classes I took, but there were sooooooo many other awesome bloggers there! Not to mention I took a painting class from Marian aka Miss Mustard Seed and Shaunna of Perfectly Imperfect! That was definitely one of my favorite classes, especially because I have never worked with “real” chalk paint or MMS milk paint. We also got to play around with several different waxes.

Advanced Painting Class with Miss Mustard Seed and Perfectly Imperfect. Sorry for the terrible photos that were taken with my phone!

I also took a class from Jen @ I Heart Organizing and Chris @ Just a Girl, but had no idea how much it helped me until I came home inspired to start organizing a box of magazines and oddities.

Turns out I had check for $20 mixed in with some of the magazines from when I apparently overpaid a bill! How awesome is that!? What’s really funny is that during the class Jen mentioned that organizing doesn’t cost anything but you could possibly make money by finding a $20 bill scrunched up somewhere. When I heard that I thought, yeah right I won’t be that lucky, ha. Turns out she was right 🙂

While I was attempting to organize a box full of magazines and randomness Kobe decided to take a nap in the box. I did manage to find a $20 check from an overpaid bill, woo-hoo!

One tip of advice I would give any newbie bloggers planning on going to their first conference is bring business cards! I waited until the last minute to make mine because I originally thought it would be silly to have them made just for the conference when my last name would be changing a couple months afterwards. That is a lame excuse.

So at the last minute {aka the night before} I stayed up until 3 am working on making some in illustrator only to realize my printer was low on ink, boooo. It was disappointing to tell everyone I had no business cards on day 1 so I decided I would do whatever it took to have some ready for day 2. 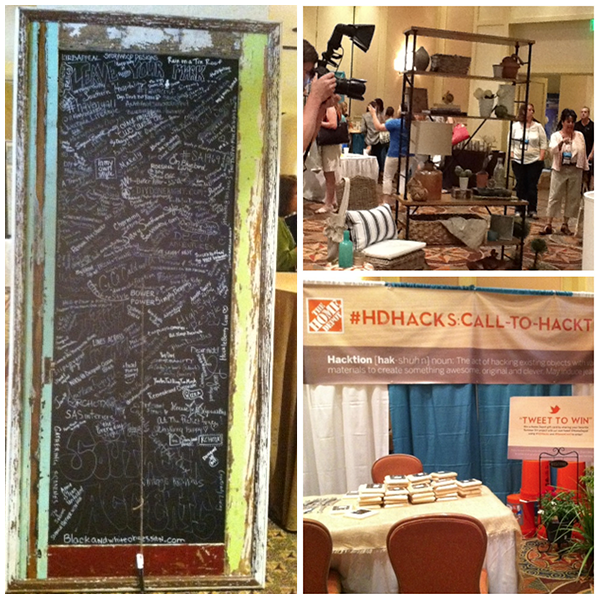 I actually ended up with an AWFUL migraine at the end of Day 1 but luckily one of my new friend’s had some advil on hand {thanks Carmen!}. I think it was for sinus and allergies and on the way home I started to feel a bit nauseous. I wound up going home to relax for a little bit before heading out to Office Max to pick up some supplies for the homemade business cards. Unfortunately, when I got home from the store my head still hurt and I was soooooo exhausted that I passed out by 9:30, which is ridiculously early for me!  The good news is that I woke up at 6 am and started working on the business cards right away.

I originally wanted to print onto Kraft cardstock paper I had on hand but the ink wasn’t showing up too well so I ended up printing on  pre-cut business cards I picked up the night before instead. The design I previously made wasn’t uploading correctly into the software I had to use {the downfall of pre-cut business cards} and the colors were all messed up, so I basically had to start from scratch.

I was freaking out a little about the way the cards looked but realized that I could either have no cards, or have something {im}perfect to hand out. I decided it was better to have something than nothing at this point so I just went with it. They may not have looked that great, but I’m honestly happy that I took them anyway. Next time I will have my business cards ready way ahead of time!

Overall, I am so happy that I had the opportunity to attend my very first blog/DIY conference and can’t wait to attend again next year! I’m excited to start implementing all the wonderful advice that was given and to start using the awesome products we were given by the sponsors, yay!

So excited to play with the products we were given from the conference sponsors. {Thanks sponsors!}

Have you attended a blogging or DIY conference before?