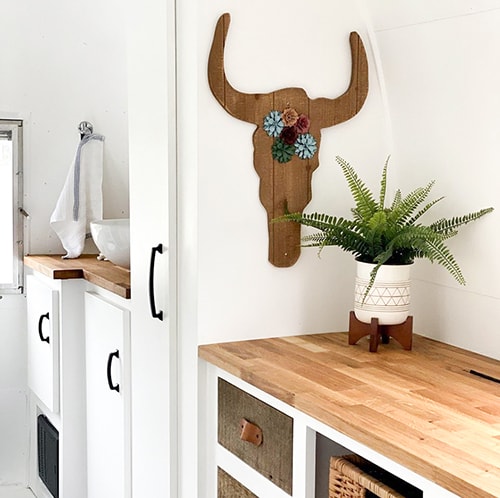 A vintage Airstream gets a modern makeover

Brigitte, a project manager for a global investment company, always dreamed of owning a vintage Airstream and traveling the country. Then, in 2019 the opportunity arose where she could experience tiny living in a different way, alongside her boyfriend, James, and bulldog, Lily.

At the time, they were in the midst of selling their home in Northern California and waiting for their condo to be built. When their home sold quicker than expected, they realized the condo would take another 3 months to be finished (which later became 6 months due to the pandemic). That’s when Brigitte came up with the idea to temporarily live in an Airstream at a local RV park. 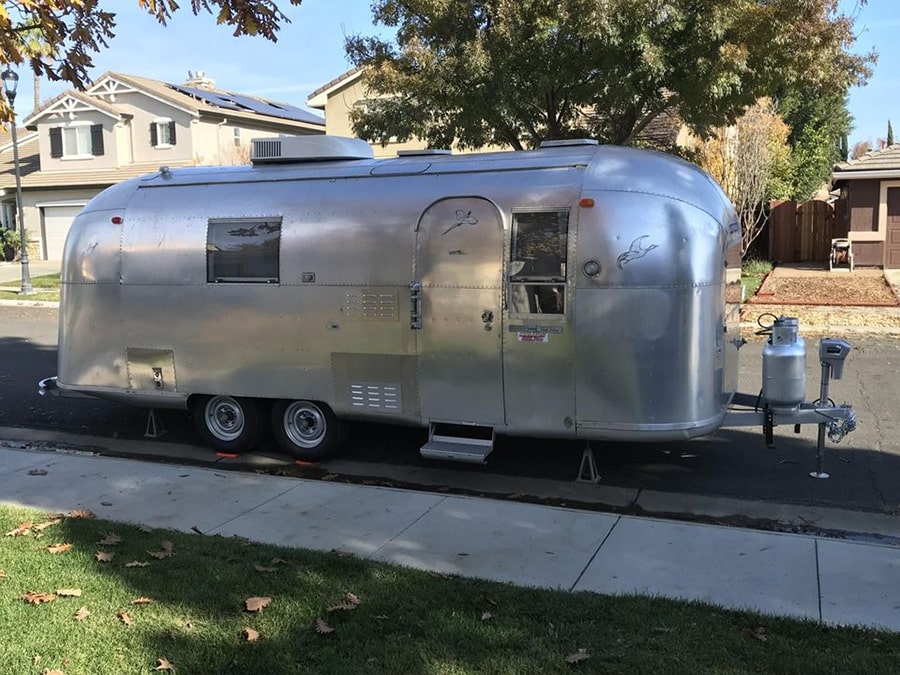 The timing seemed to be working out in their favor as they had recently purchased a vintage Airstream, but because they both work full-time corporate jobs, they had turned the renovation over to the professionals.

Last year, when the renovation was complete, they moved into the Airstream, which they affectionately named “Gabi”. And for 6 months they enjoyed the slower pace and simplicity of tiny living. While they are now living comfortably in their beautiful, spacious condo, they will never forget their experience and look forward to future trips and adventures in their vintage trailer. Brigitte even created a website dedicated to the Airstream way of life. Let’s dive into the tour! 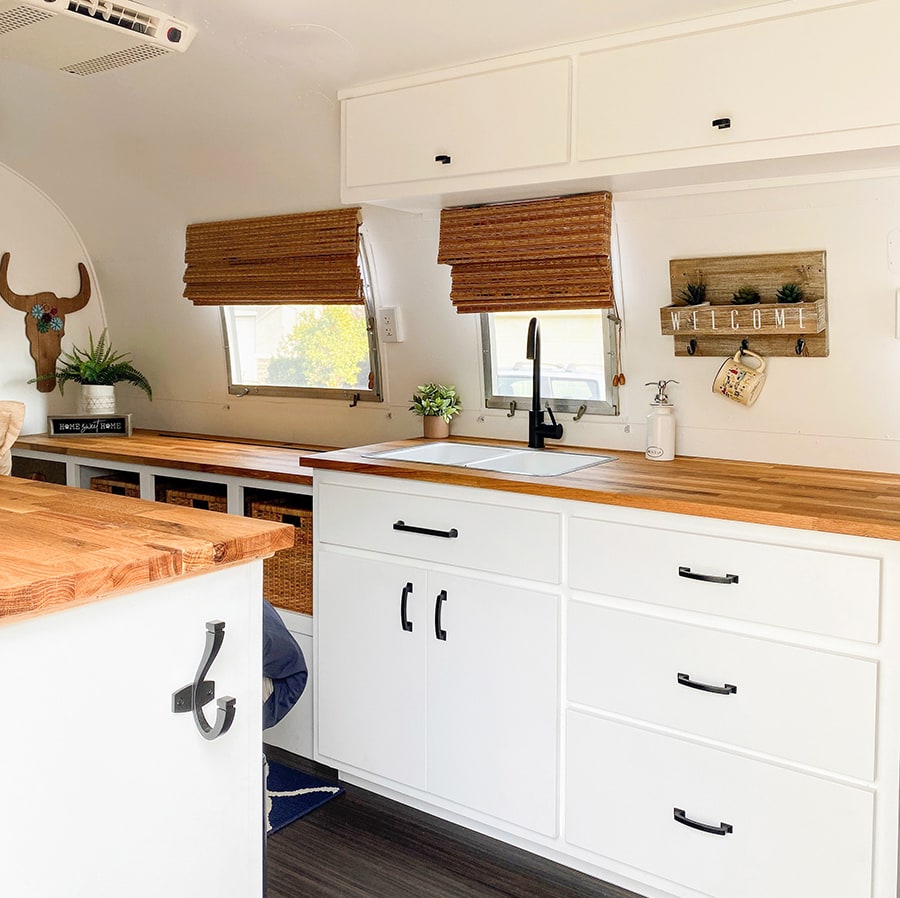 6 months (by a professional renovation business)

“I knew I wanted to have a very modern and stylish interior and I knew it had to be white. I did a ton of Pinterest research and checked out Airstream blogs to collect ideas and inspirations.

What made you decide to go “tiny”?

We had purchased our Airstream in February 2019 and it was with a renovation company for 6 months. At the time when we got her back, we had decided to purchase a brand-new condo and sell our 3 bedroom house. I had been dreaming of living in an Airstream for quite some time and when the possibility presented itself because we needed a place to stay for 3 months, we thought we give it a try!

What company renovated your Airstream?

Sierra Trailer Restoration based out of Nevada City, CA.

How would you describe your decorating style?

What do you love most about your modern Airstream renovation?

What are your favorite places to shop for décor?

What project made the most difference?

Building the cabinets and seeing how my ideas came to life! When we purchased the trailer, the inside was completely empty with all cabinets removed by the previous owner. My favorite part is the custom-made pocket door with frosted glass that lets light into the bathroom.

What was most challenging about this renovation?

The bathroom remodel was the most challenging part. I had this idea that I wanted a “walk-in” shower with lots of glass and open on one side. Unfortunately, I’ve learned that this was not doable in a trailer and we ended up with an enclosed shower but it turned out really nice and quite spacious.

What’s one item you couldn’t live without?

What piece of advice would you give someone about to embark on a renovation?

Have lots of time, money, and a vision of what the end-state should look like. I wrote about this subject here.

That I am so close with my two best friends: James, my partner in crime, and Lily, our 2-year old English Bulldog.

The constant cleaning and organizing or you get stir crazy in such a small space.

I like to visualize how the space will change and look like at the end. I love buying one decoration item and finding other pieces that match. I love how you can change up little things (which I do all the time in our Airstream) and everything can look completely different.

Do you have any future projects or changes planned for the interior?

Yes, since living in the trailer, we noticed that we don’t like the large dinette and dining table. It takes up a lot of space and we can’t move around the table easily. Most times we have the table down and make a lounge out of the space. Eventually, we want to take the trailer back to the renovation place and change the dinette into a cozy couch that we could pull out as needed (which is in the front of the trailer).

What is something you’ve learned about yourself since living in the Airstream?

Be creative, embrace the moment and adventure because we won’t have this lifestyle all the time, and I’ve learned how to cook or bake with just a few dishes and utensils.

What has been your favorite place to explore or a place you’re excited to explore in the future?

I can’t wait to take the trailer on a trip along the West coast and drive up to Oregon and Washington State. I’m also looking forward to exploring different state parks and checking out various Harvest Hosts (staying at vineyards and farms). 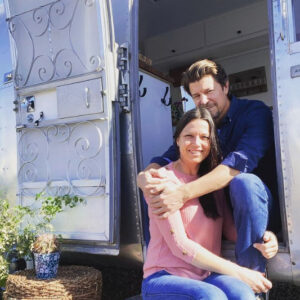 Be sure to visit Brigitte’s website, Air-Streaming, where she shares great tips and resources about tiny living, including a renovation design book to help you create your dream trailer. She also shares more photos and details about their modern Airstream renovation.

Interested in being featured on Design Vibes? Submit your RV reno here! 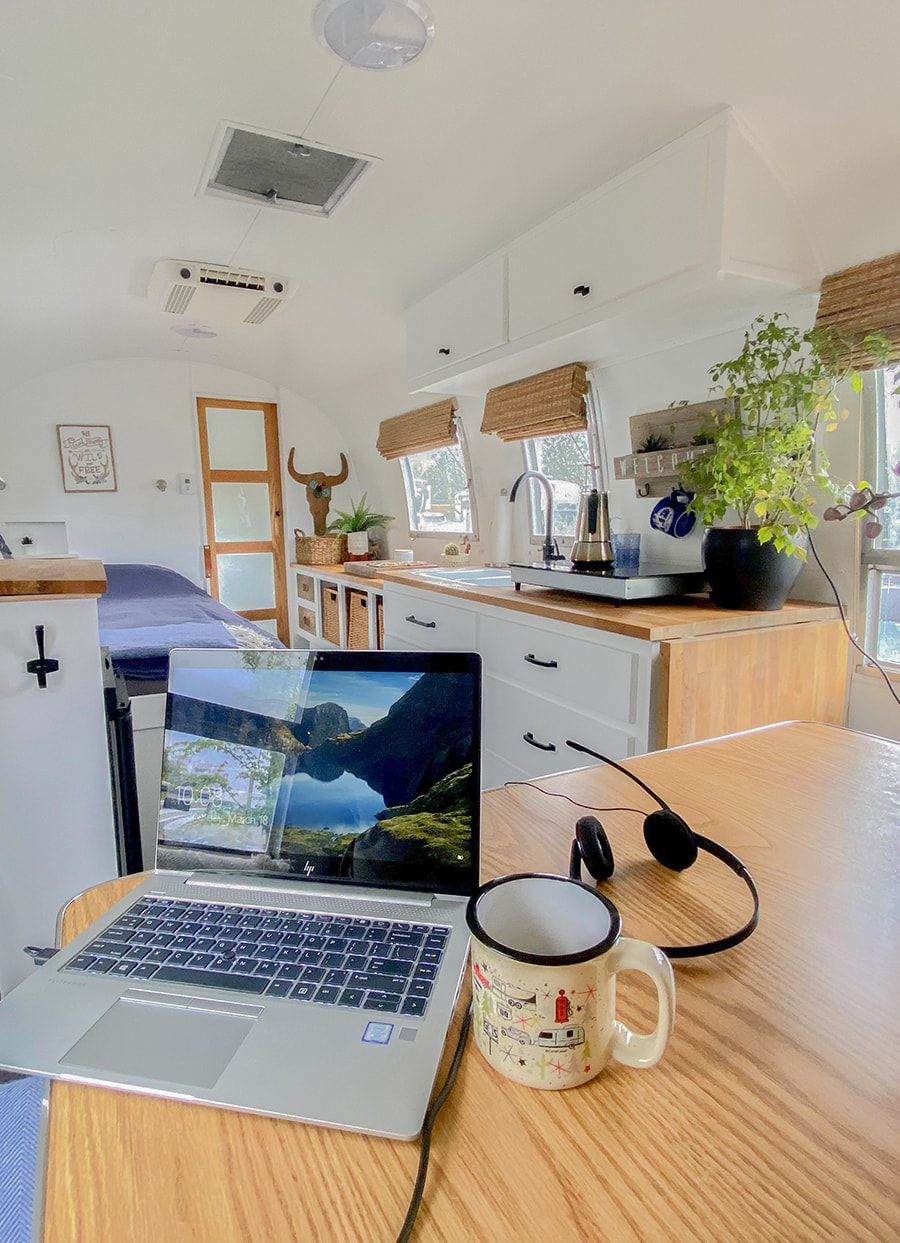 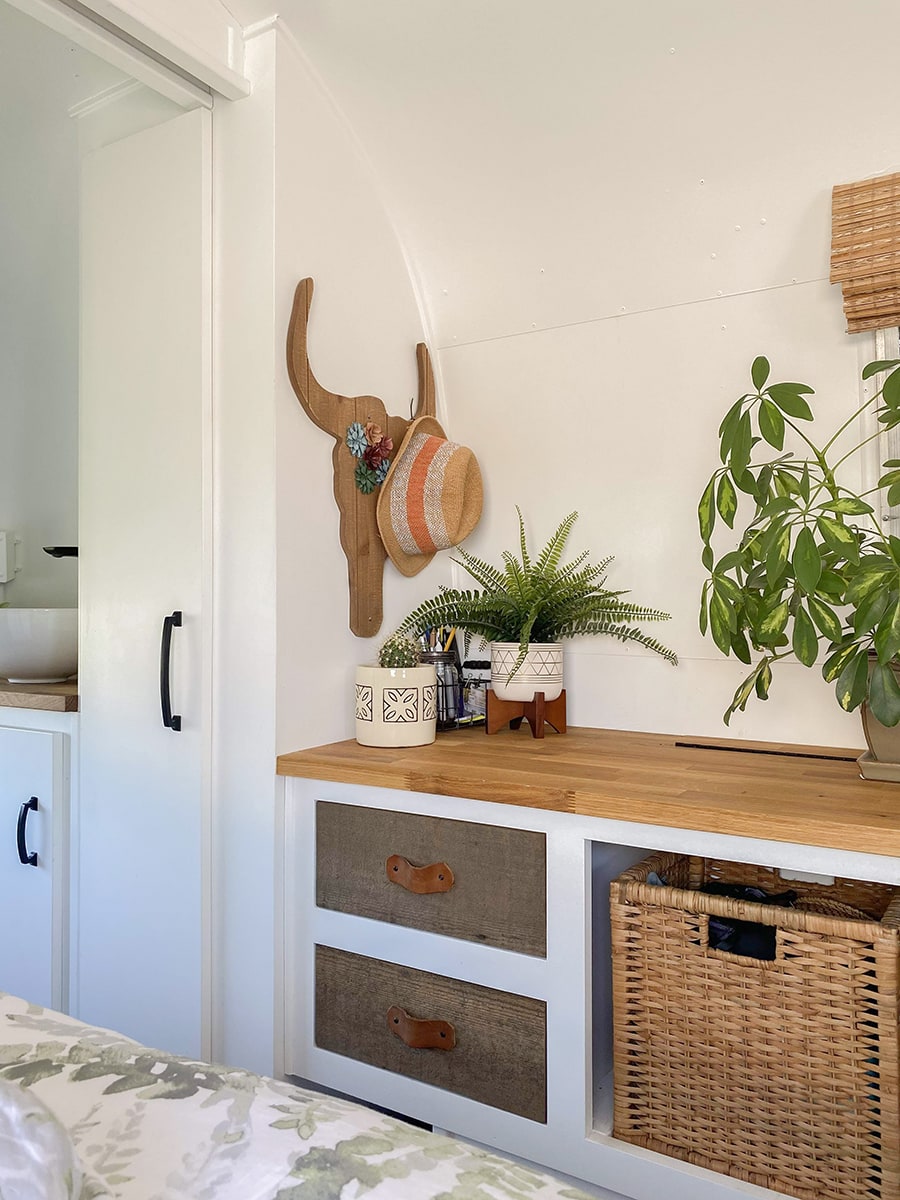 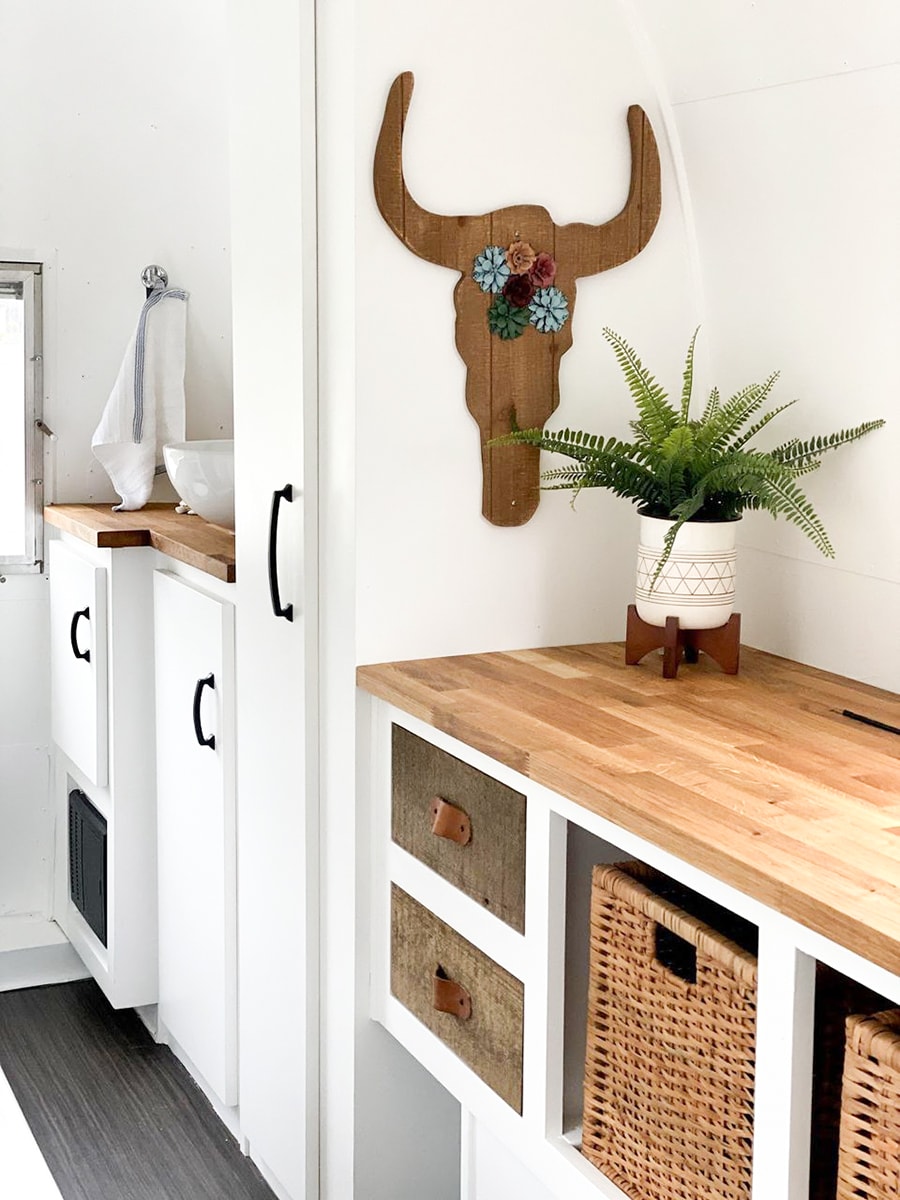 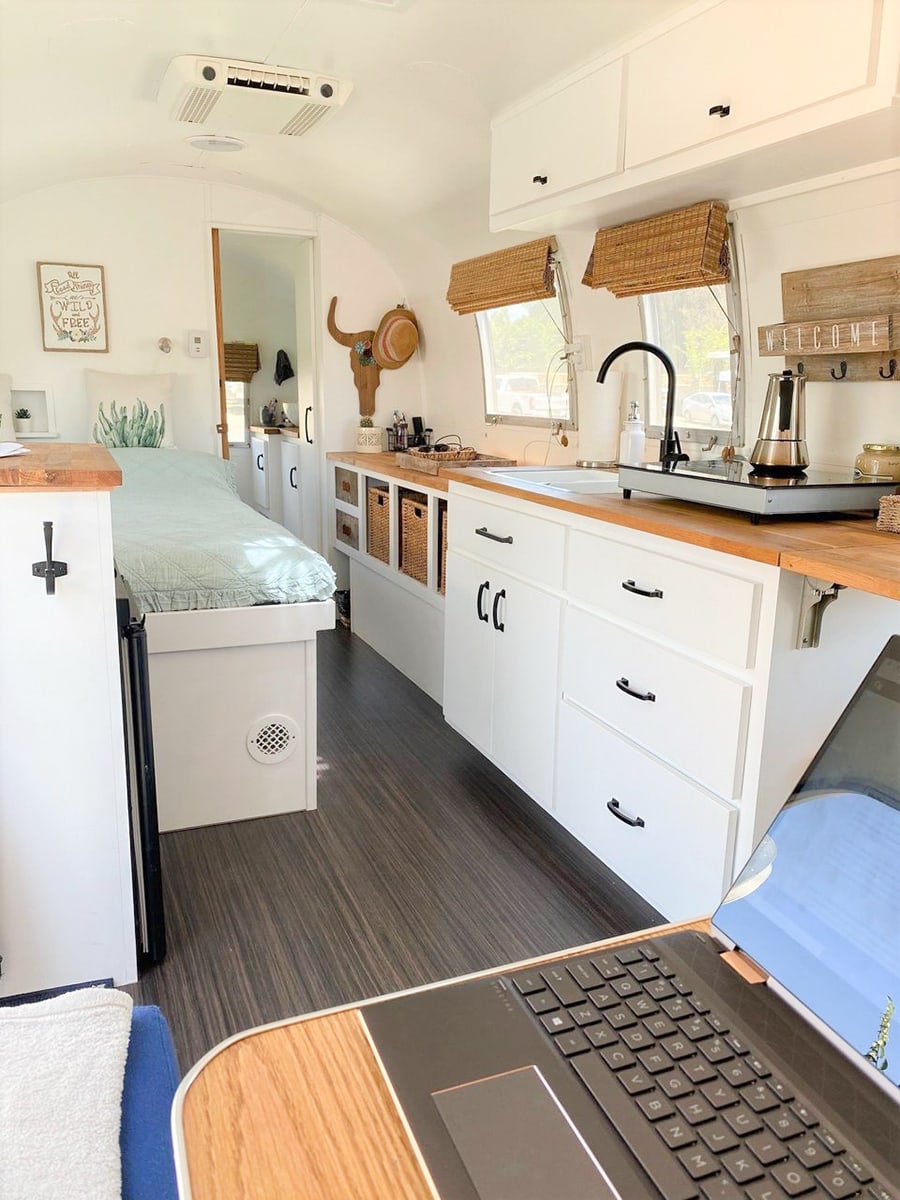 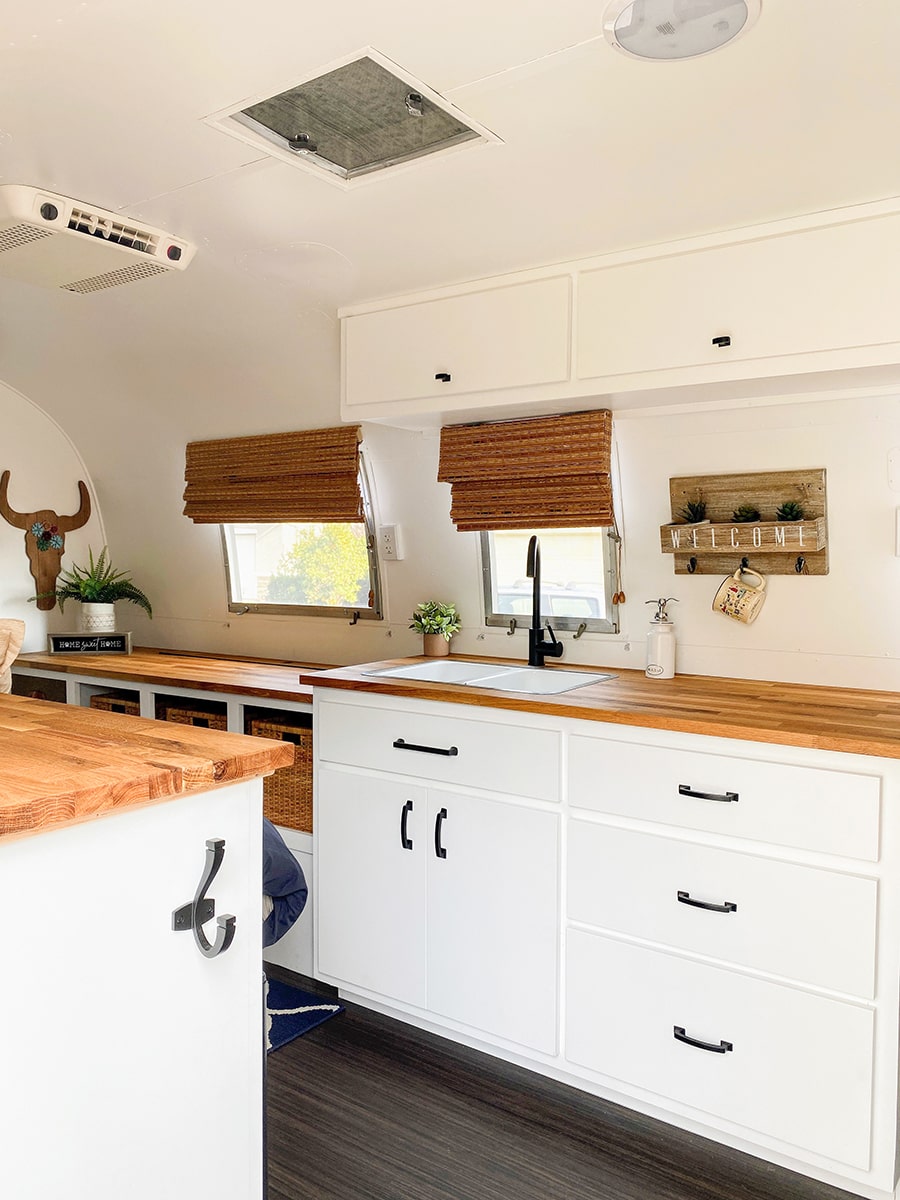 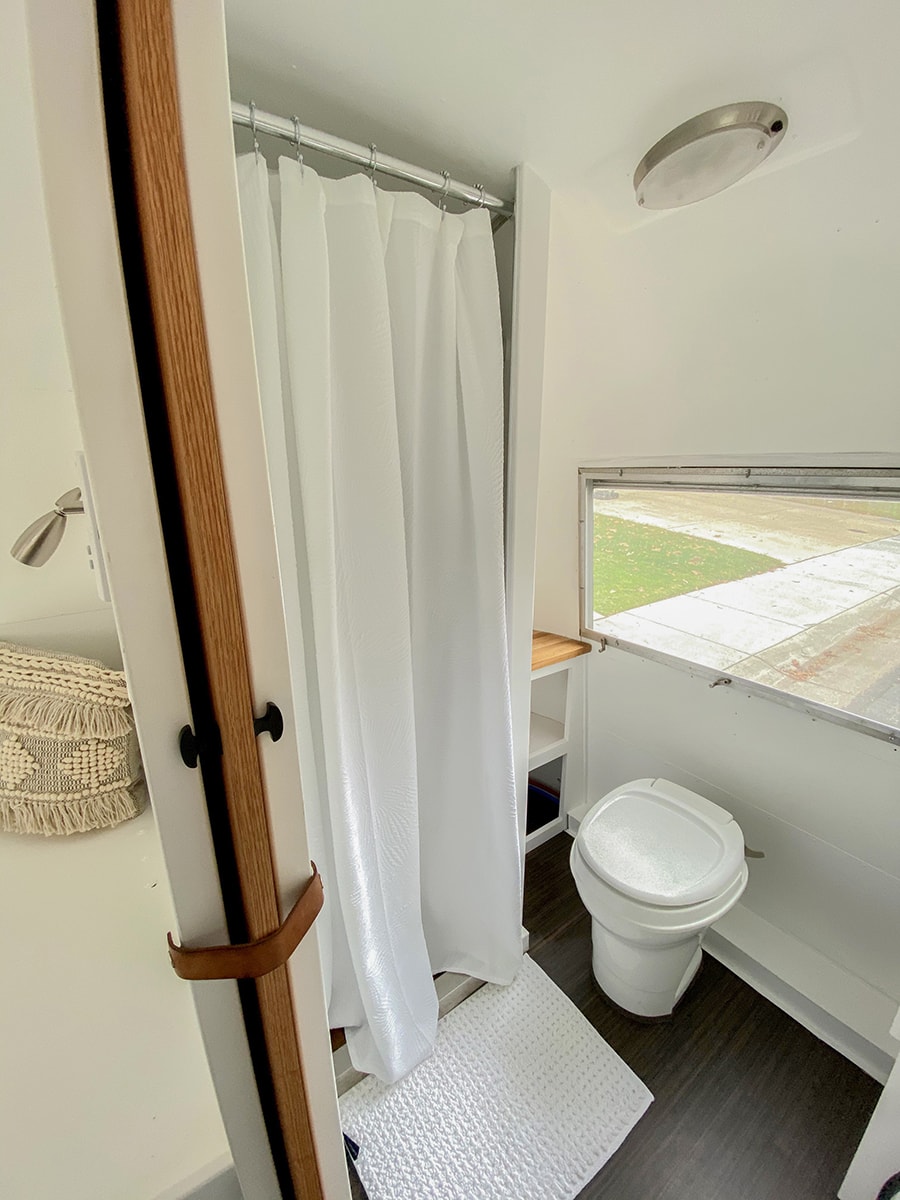 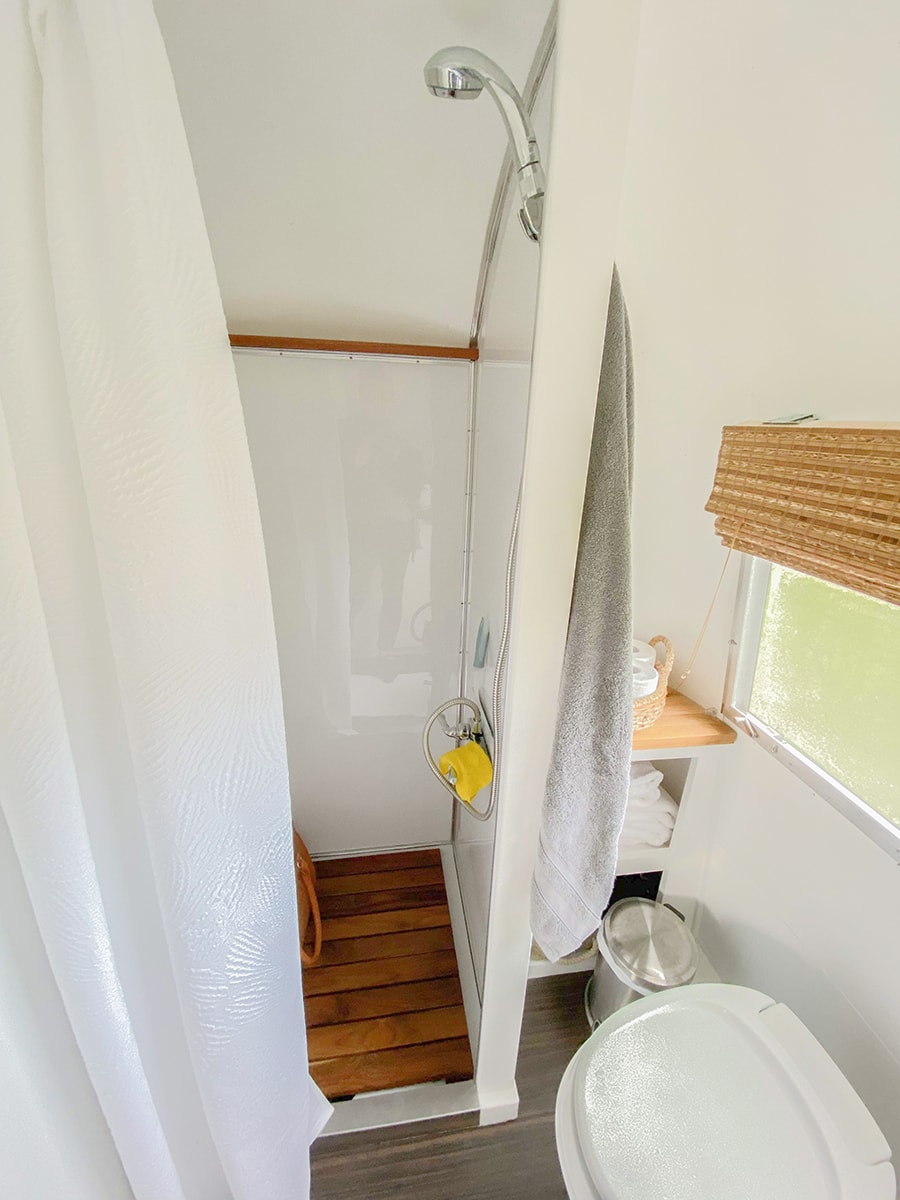 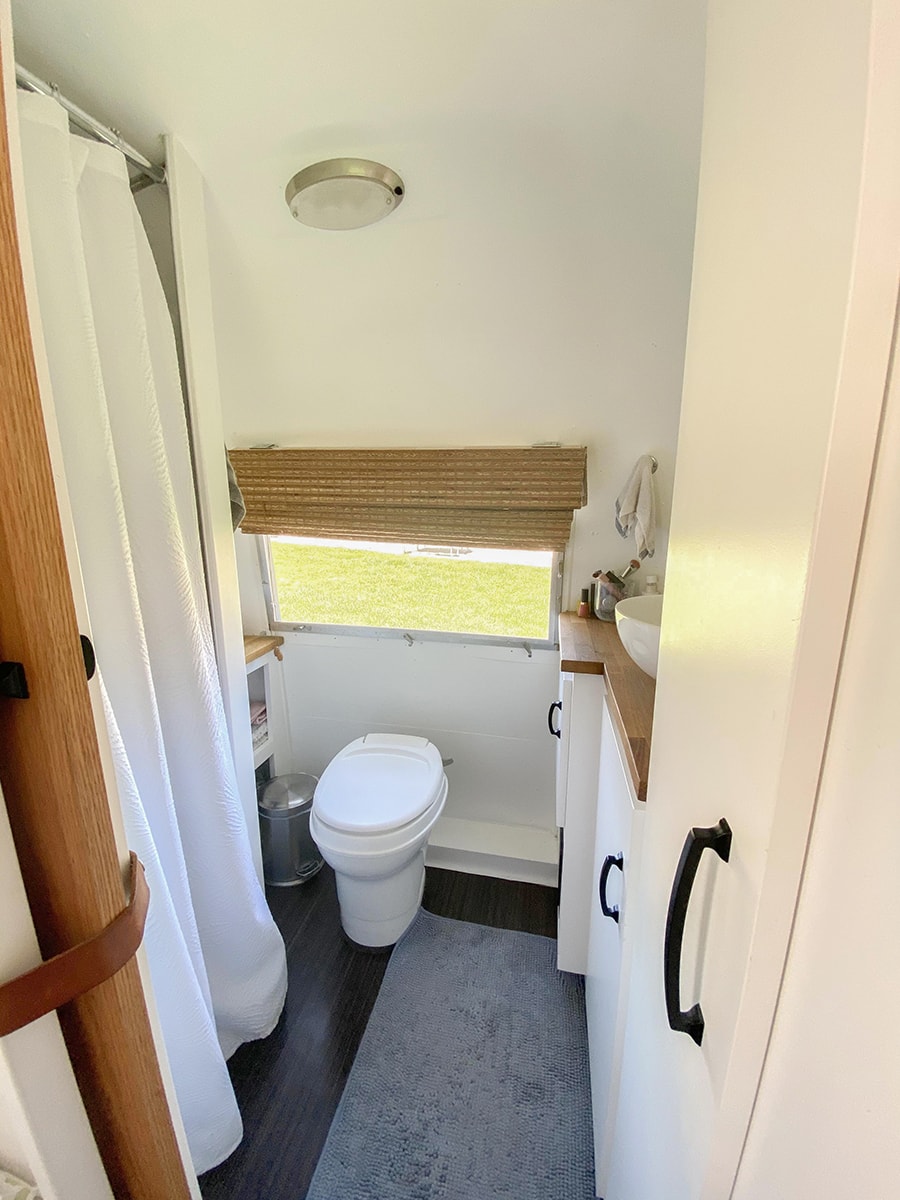 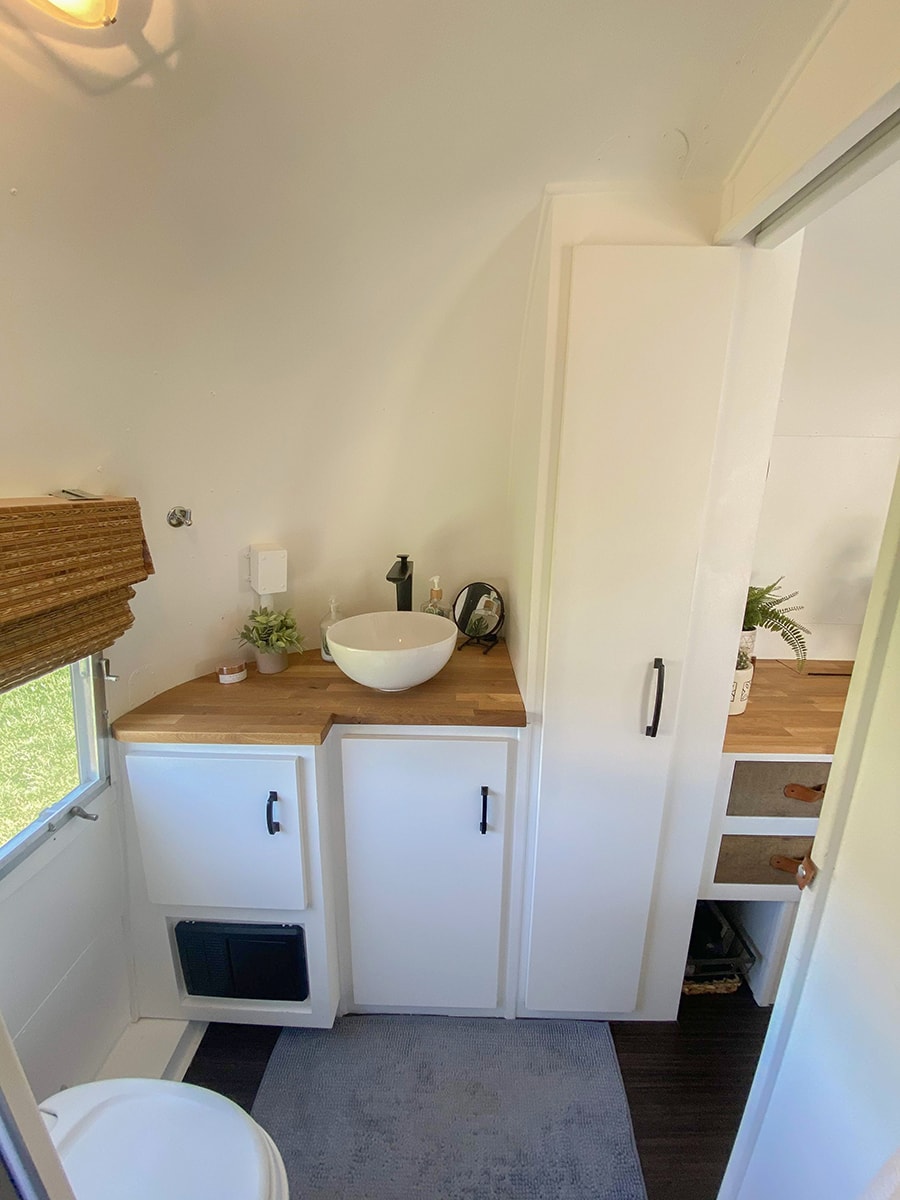 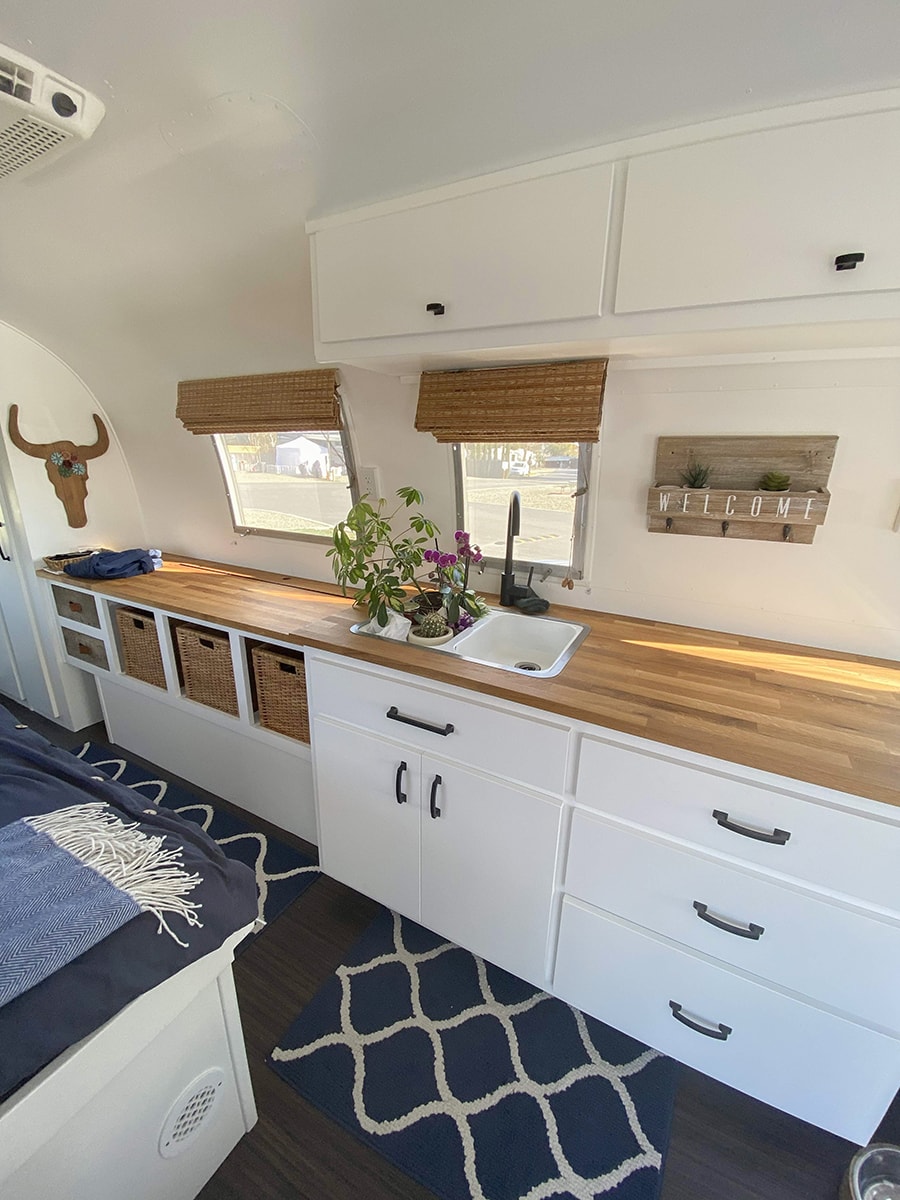 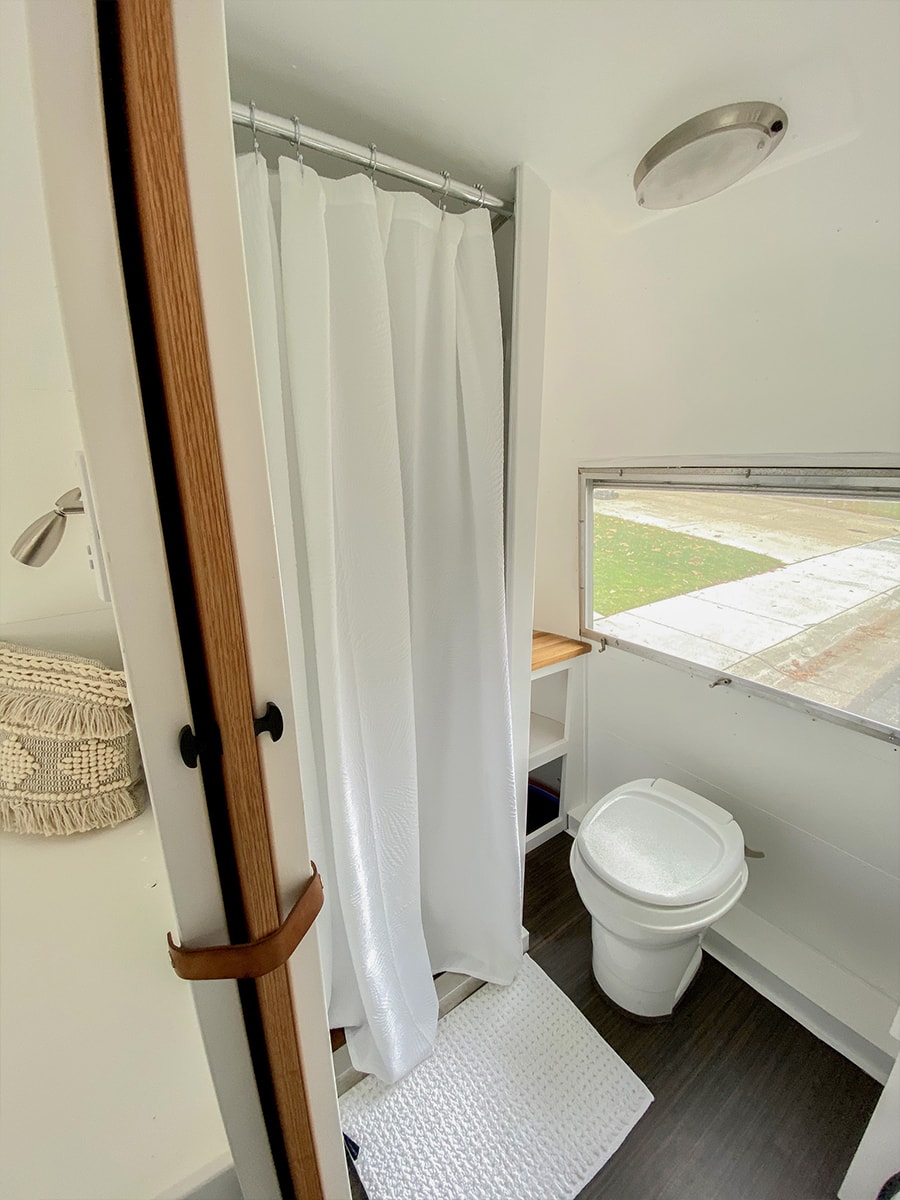 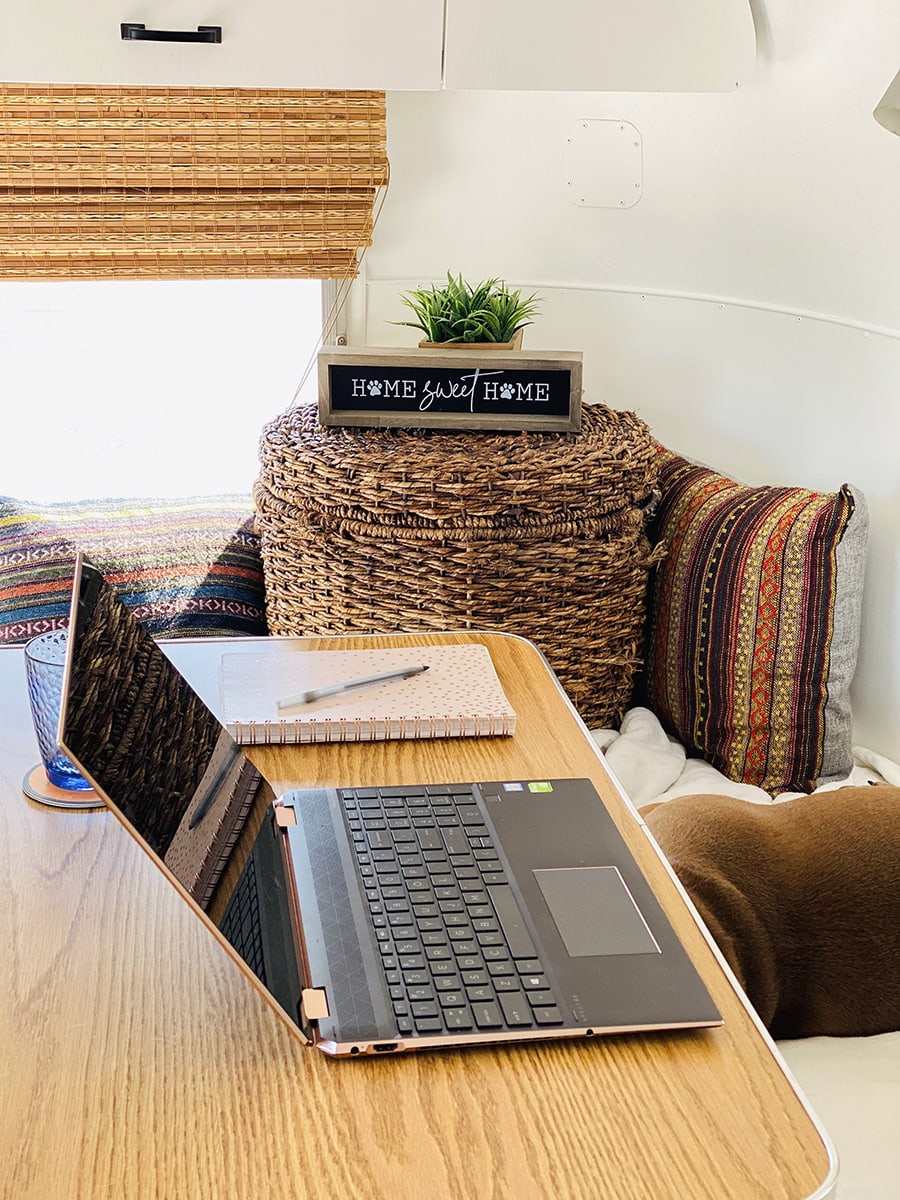 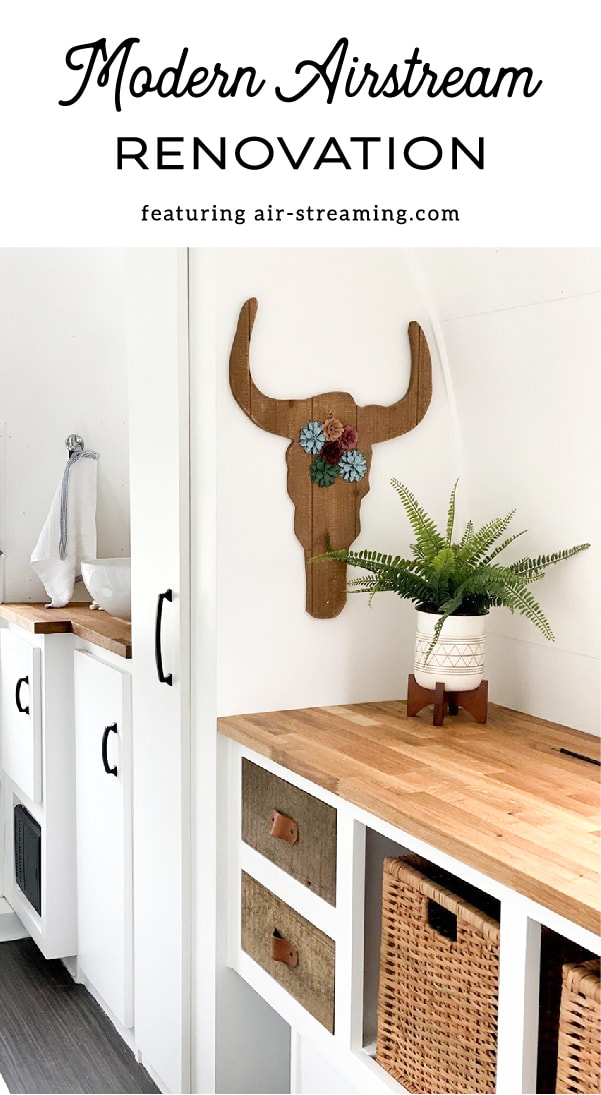 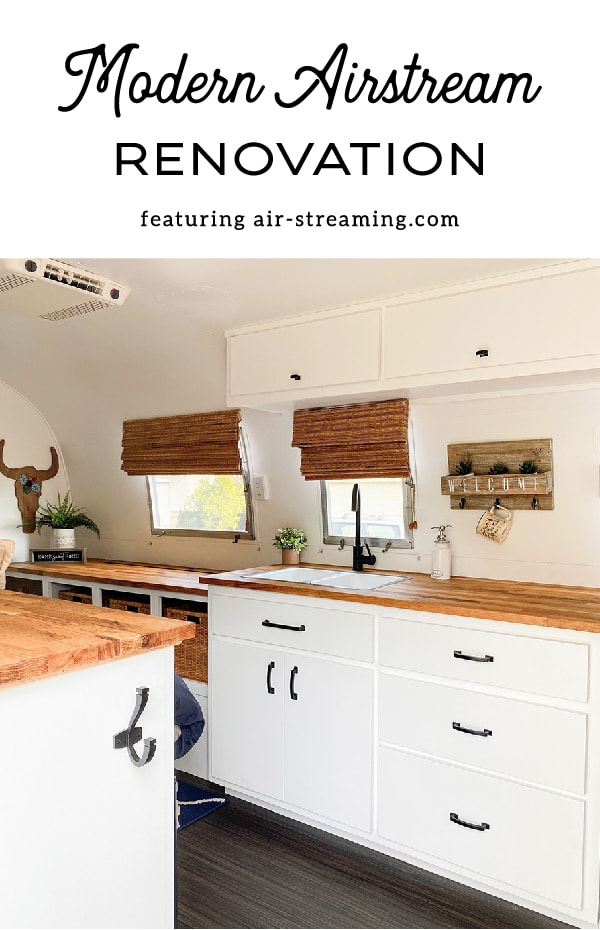 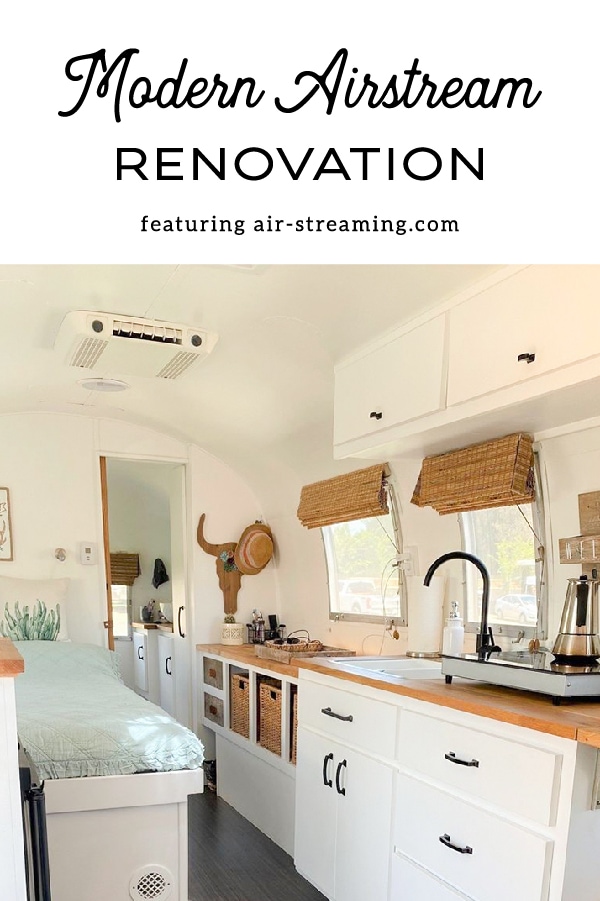