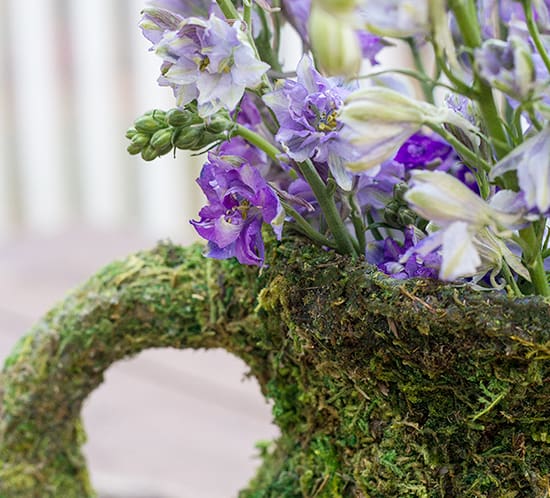 It’s no secret that I am a fan of moss. It’s romantic, enchanting and such a fun way to incorporate nature into your wedding or home decor. So, today I will be sharing my moss-covered vase.

Here is a quick and easy tutorial on how to make a moss covered vase to use during your wedding reception.

Although I used mostly loose moss for this particular project, you can use the kind that comes in sheets as well. I had the pitcher/vase on hand and was “shopping” our home to find items I could incorporate into our wedding decor since we were on such a tight budget. The vase on it’s own didn’t work so well which is why I decided to moss it up! If I had more time I would have mossed up some wine bottles and random jars to place on the tables as well. 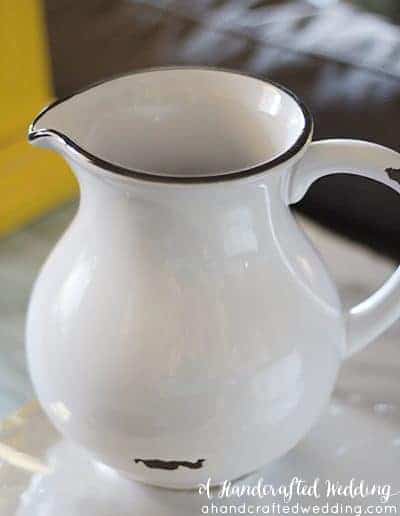 This project really is soooooo easy! All you have to do is add some glue to the vase and start placing the moss on it. I worked in small patches and patted down my moss before going to the next section. Be careful not to burn yourself! You could use a pen or some sort of utensil to pat down the moss instead of your fingers. 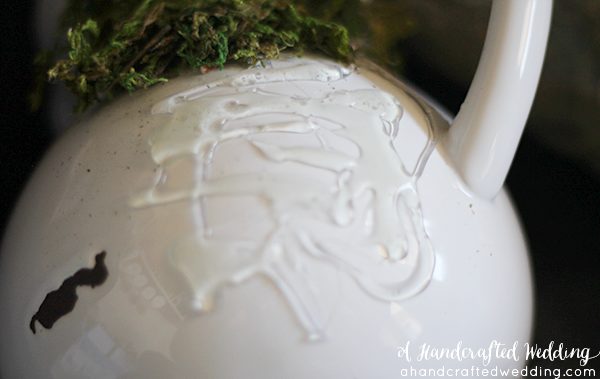 I used mostly loose moss because that’s what I had on hand, but you can use the kind that comes in sheets as well. 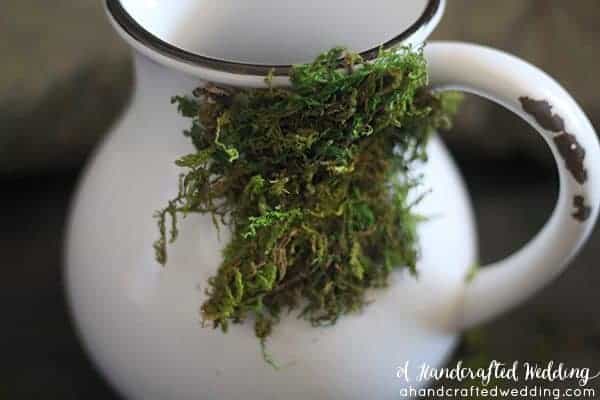 Then just keep mossing it up until the entire vase is covered. 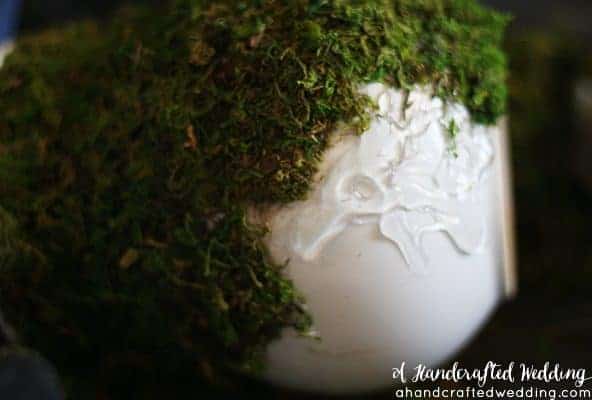 Once my vase was completely covered in moss I went back through and patted it down some more. I even went through and picked all of the loose moss off and then re-glued some on. Once you’re finished you can use a clear spray sealer, which will help prevent the moss from coming off later on.

My sister-in-law had made some gorgeous paper flowers {which we also used in the wedding reception decor}, and I simply wrapped a few of them around some twigs and placed them in my new moss vase. 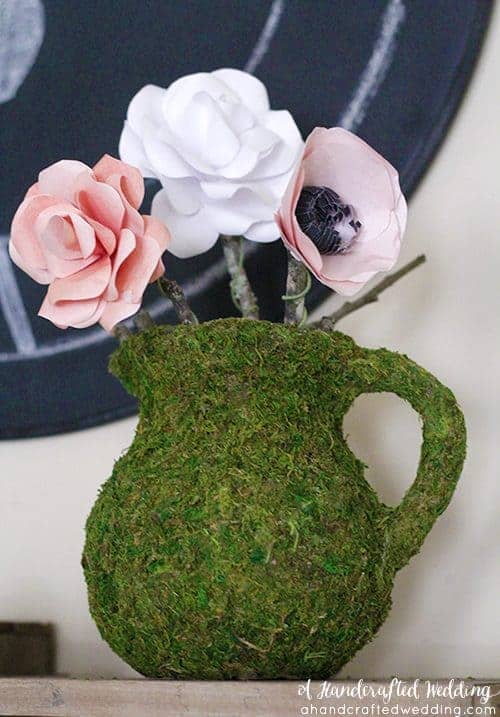 That’s it! What a quick and easy way to add some character to a vase! I really do love how organic and earthy moss looks, which is why I have used it on so many projects.

Unfortunately, I didn’t get any good photos of the moss covered vase being used during our wedding reception. We had it set up on the guestbook table and you can catch a glimpse of it in the photo below: 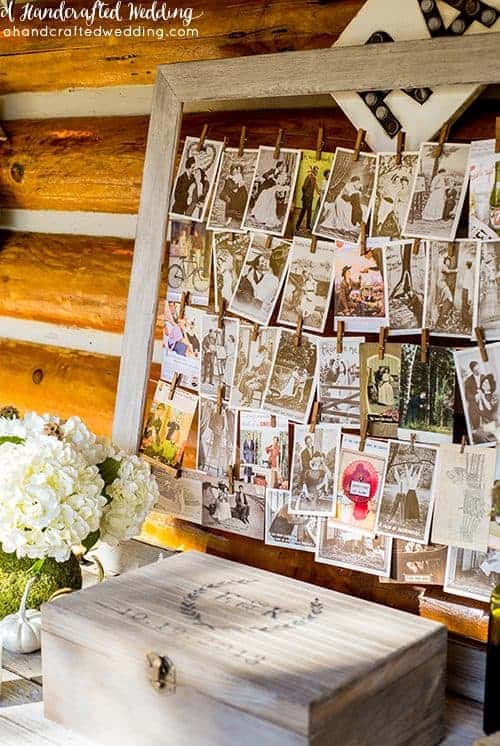 And here are some photos taken afterwards: 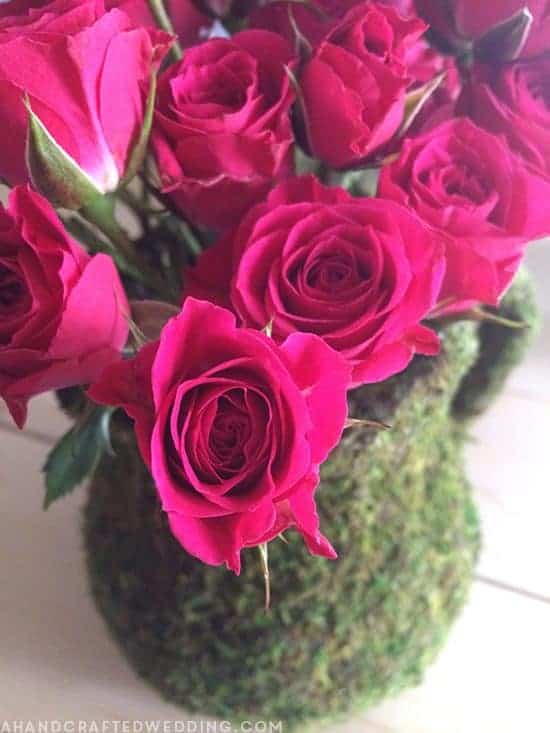 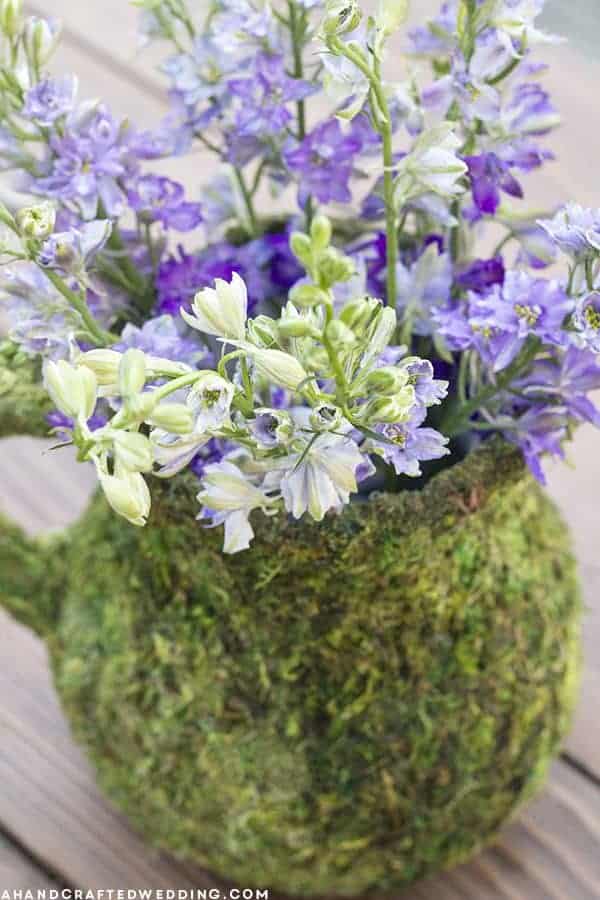 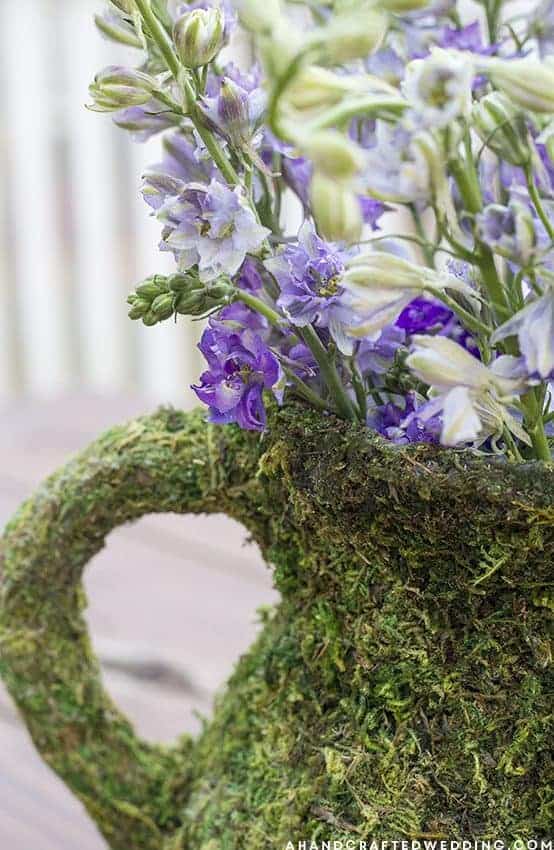 This is such a simple way to add moss to an outdoor, rustic, romantic or woodland inspired wedding. Do you plan on incorporating moss into your wedding decor?