I’ve been keeping a secret, only this time I thought the ending would be a happy one. I was wrong, but I choose to believe the Universe has a better plan than the one I imagined.

This week I would be 9 weeks pregnant, but a couple days ago we discovered I’m going to miscarry due to a blighted ovum, otherwise known as ananembryonic pregnancy. According to the Mayo Clinic, this occurs when an early embryo never develops or stops developing, is resorbed and leaves an empty gestational sac.

The week leading up to our 8 week ultrasound I began to feel anxiety creep up, but I was certain we would hear the heart beat this time. I was wrong.

We even recorded a short video beforehand, thinking we would include it in our official announcement video. We were hopeful more than anything, and I’m happy we were. 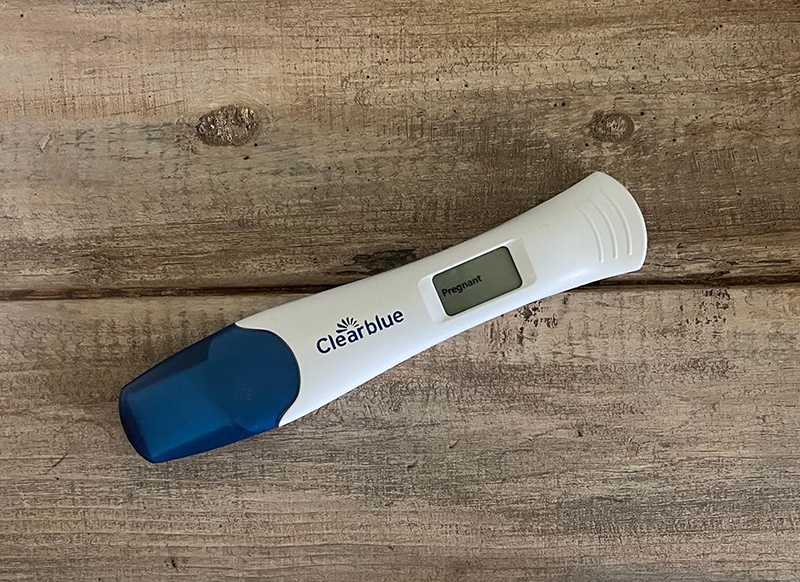 It’s been a rollercoaster of emotions as our ultrasound tech seemed overly optimistic. She told me what she saw was normal and that everything is probably fine and we may just be earlier in the pregnancy than we thought. She didn’t have a doctor or midwife come in to talk to us, so I thought maybe she was right, maybe everything was fine. We scheduled another ultrasound 2 weeks out, but I also had more blood work drawn over the course of a few days. Eric and I tried to stay positive (and busy) while we waited several days for an update. Unfortunately, the results on Tuesday and measurements taken during my ultrasound confirmed what I already knew, this pregnancy was going to end in heartbreak.

My doctor wanted to give my body some time to see if I would miscarry naturally before we discuss other options – basically taking a pill to speed the process along, or have another surgery. I should be getting a call later today, but I haven’t decided what to do. None are good, and to be honest, I’m scared as the experience and outcome is different for everyone. Some people take the pill and still have to have to go to the ER for surgery, though my doctor said it’s rare (last year my doctor made it seem extremely risky, hence my hesitation). I was really hoping my body would just do what it needs to do, but that hasn’t happened yet.

I was going to wait to share this until I had completely gone through the miscarriage, but today I’m struggling, even more so than yesterday. Not sharing is making it worse, making me feel more alone. And the waiting game isn’t making the process any easier. Every time I feel cramps I wonder, is this it? I’ve made peace with this pregnancy not ending the way I wanted it to, but it’s hard to move on, and downright frustrating when your body won’t let go. It’s even worse when your pregnancy symptoms linger, and you know it’s all for nothing. Talk about cruel.

It may be early but that doesn’t discount the excitement and plans we made for our future family. Productivity took a back seat within days of my positive pregnancy test, and survival mode took over while I battled extreme nausea and fatigue for the last month and a half. It’s been hard, y’all. 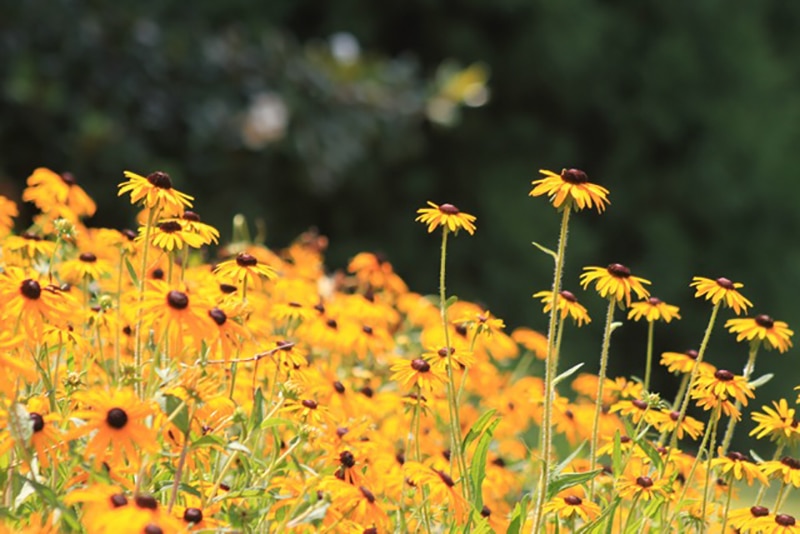 As my priorities shifted to simply making it through the day (and my project timeline went out the window) all I could think about was how grateful I was to be pregnant, and how it would all be worth it in the end when our baby was finally here. I was slightly embarrassed that I had only made it halfway through the layout design of my book, but I thought if I could just make it to the second trimester, my days of feeling like a zombie would be over and I’d get back on track.

Keeping the news a secret was super challenging because I wanted to scream it from the rooftops, but we experienced a missed miscarriage at 8 weeks last August that resulted in surgery, so this time we decided to only tell our parents and siblings until we made it to 13 weeks. I focused on how this pregnancy was different and prayed daily for help and guidance to find peace in the process, regardless of the outcome.

I was honestly surprised with my how calm I felt, knowing it was out of my control. Instead of letting fear creep in, I allowed myself to get excited, make plans, and even created a Pinterest board for baby items and nursery ideas. I was choosing love over fear. On the chance this was a viable pregnancy, I wanted our baby to feel love and good energy, not my stress or worry. I wouldn’t change a thing about that either. I know it won’t be easy, but hope to approach our next pregnancy (I remain hopeful) with the same optimism and joy.

Of course I had also read it’s rare to have 2 back-to-back miscarriages and the odds were in our favor for a healthy pregnancy. Even so, I did go in for early blood work at just 4 weeks to check my HCG and progesterone levels, all of which looked great. My levels were checked again at 6 weeks, and were still looking good. I still knew there was a chance of something going wrong, but at least these appointments were giving me something to look forward to until our first ultrasound, which felt like a lifetime away. After more than 6 visits for blood work, I also seemed to be over my fear of needles.

The song, “Don’t worry, be happy”, by Bobby McFerrin has always been one of my favorites, and became my pregnancy theme song. Anytime I felt nervous I would listen to it or sing it to myself, and would instantly feel better. Now it makes me cry, yet how ironic that the words still resonate.

Sadly, I now know the statistics behind miscarriage, and how it’s much more common than most people realize, though most women go on to have beautiful, healthy babies. I have so much empathy and compassion for those who have or are currently going through this. It’s not easy on you emotionally, mentally, or physically, but I hope my story will help someone else feel less alone, just as other stories have helped me.

We lost our cat, Kobe, due to chronic kidney disease, a week before we found out we were pregnant. It was an extremely difficult time for us as he was with us for 13 years, and seeing him so sick broke my heart. He had been battling CKD for a year but was doing really well for the most part, until one day it took a major turn for the worst and unfortunately, fluid therapy didn’t help. 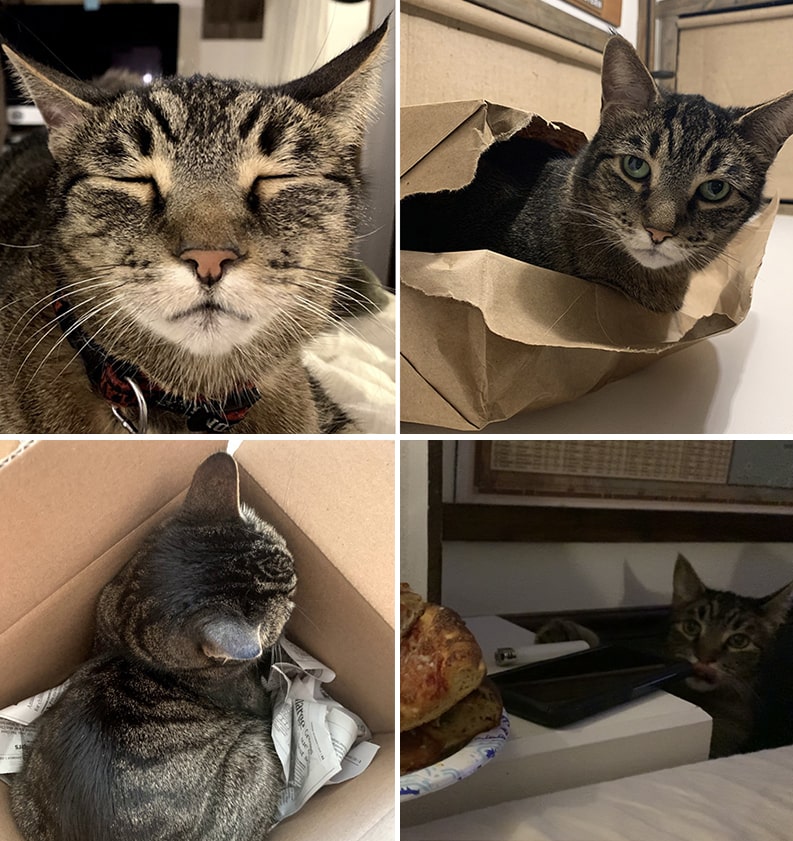 He was such a funny cat, full of personality and quirks but we’re grateful for our time with him and that he was able to experience the adventure of RV life with us. He loved boxes, telling us what to do, and I’m pretty sure he thought he was a human. He could locate his treats with one sniff, and drove us crazy opening cabinet doors, knocking down canisters, and attempting to open the fridge. He was relentless, stubborn, and almost always got his way.

We could put a plate of food in front of McNally or leave it unattended, but he wouldn’t touch it unless we gave the go-ahead. Kobe, on the other hand, is the one that would steal Eric’s pizza, knock a wrapped sandwich off the counter then unwrap and eat it, and try to sneak his paw into your bowl of food or dip it into your ranch when he thought you weren’t looking. He was definitely the one in charge of Duckie and McNally, and helped keep the peace. He also enjoyed letting them feast on any food he was able to steal. It’s just not the same without him.

When we found out we were pregnant less than a week after his passing, it was a weird feeling. I was missing him so much (I still think of him every day), but also felt thankful for the blessing that showed up in his presence. 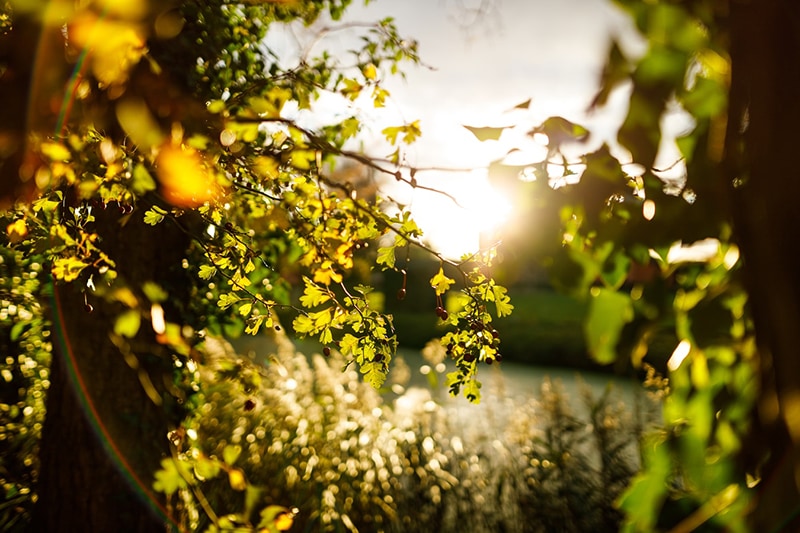 While listening to Gabby Bernstein’s podcast earlier this week, she talked about surrendering, and while I’ve heard it before, it was exactly what I needed to hear when I needed to hear it. It was no accident that I waited until that moment to listen to it.

Looking back, it’s difficult to think about how we’ve experienced 2 losses in 2 months, let alone how there have been 3 in the past year. Yet, here I am, remaining optimistic as I learn to surrender some more to a plan and timeline greater than my own.

I’ve been asking for strength and courage to get me through this process, and not let myself get paralyzed by fear of what could happen, or what this miscarriage could mean. I don’t know what tomorrow, next week, or next month will look like, but as I sit here, waiting to miscarry, all I can do is take each day as it comes.

Eric has been amazing and I’m lucky to have him by my side. It hasn’t been easy on him either, but we still believe our rainbow baby will be here exactly when they are meant to.