I was originally going to post a wedding project tutorial, but after sending an email off earlier today in regards to the movie, Marley and Me, I have decided to share a little story about our dog, Bailey, instead.

So I guess you could say this post is about an old farmhouse & a clearance puppy.

Eric is somewhat obsessed with the old, stone farmhouse at the end of the movie, Marley & Me. He says this is the kind of house he wants us to have someday and I can’t disagree! Recently we have been discussing our future plans of moving to a small town and buying a home with some acreage, although preferably in the mountains. These recent conversations are what led us to watch Marley & Me for the 2nd time in over 3 years. 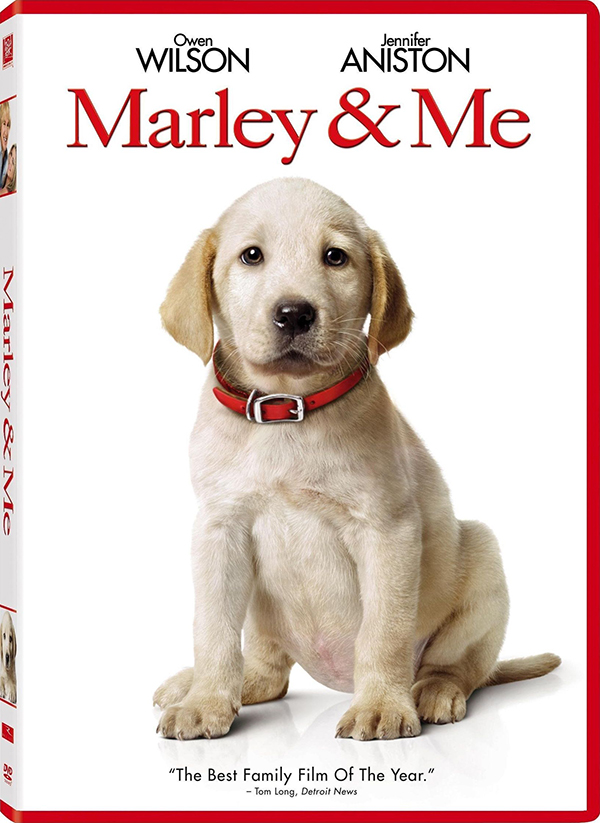 The house at the end of the movie is located on 16 acres in Chadds Ford, Pennsylvania, near Philadelphia, was built in 1831 and is filled with charm. A couple years ago the owners put it on the market with a list price of 1.25 million dollars, just a tad bit out of our price range.

Here are some more photos of the home via Richard and Holly Gross of Prudential Fox and Roach Realtors-West Chester, PA: 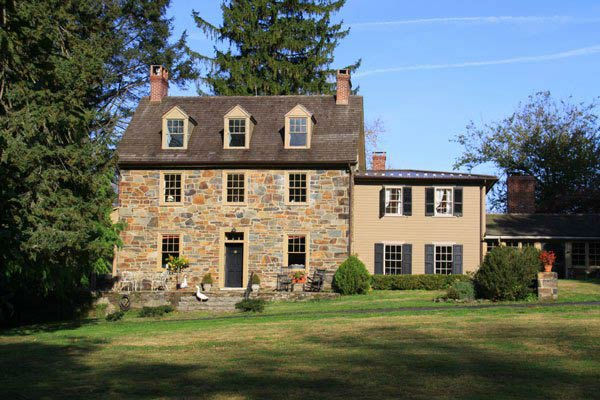 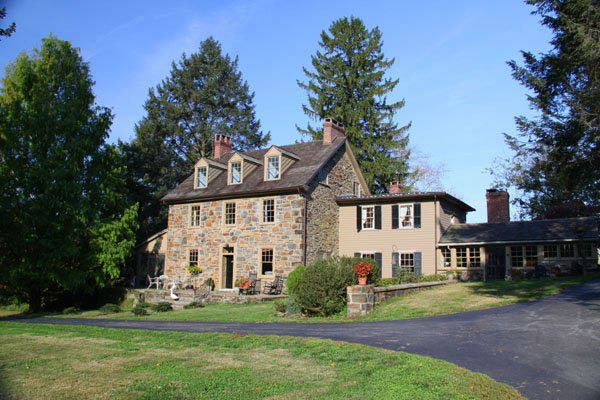 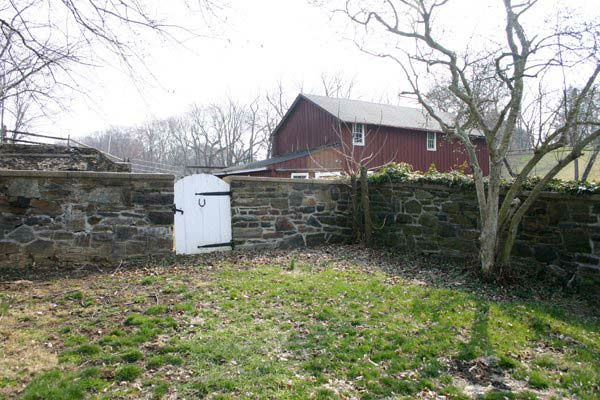 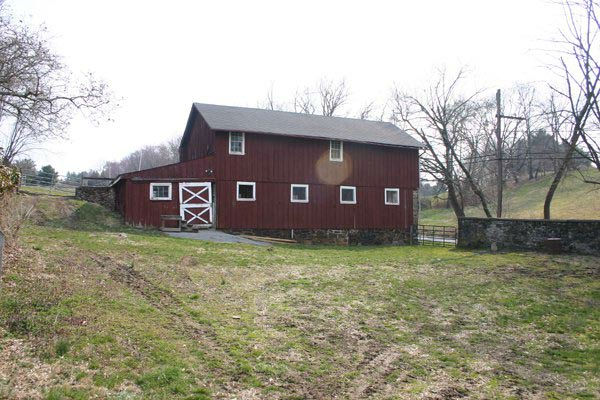 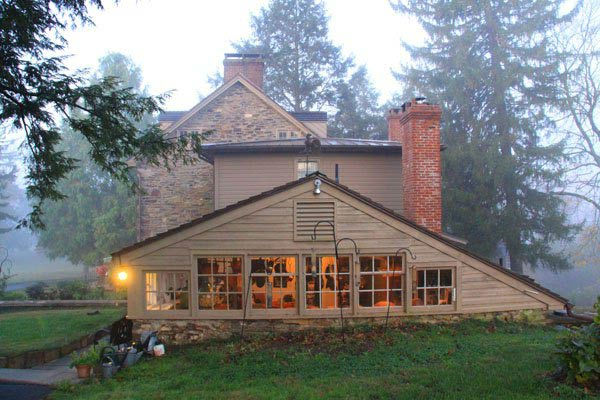 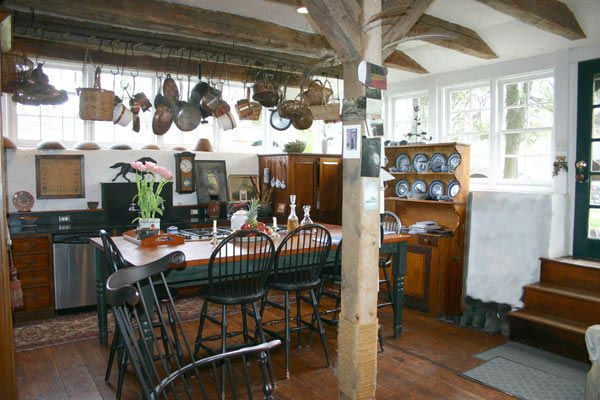 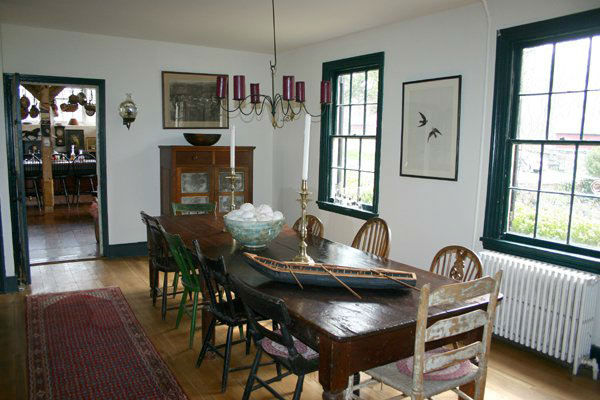 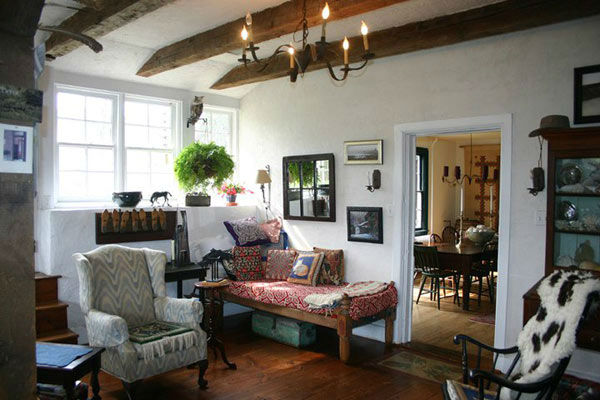 You see, when Eric and I first adopted our dog Bailey, she was unlike any dog we had ever had, and both of us grew up with dogs!

She is a beagle mix that we rescued from a high kill shelter when she was just a puppy. They had apparently found her (along with her mom and brother) in the woods, and they had been surviving out there for a while. This back story actually helps us understand her a bit better now, including her many attempts to eat rocks.

Here’s a photo of Bailey as a puppy. Yeah, she looks all innocent doesn’t she? That’s how she got away with so much… 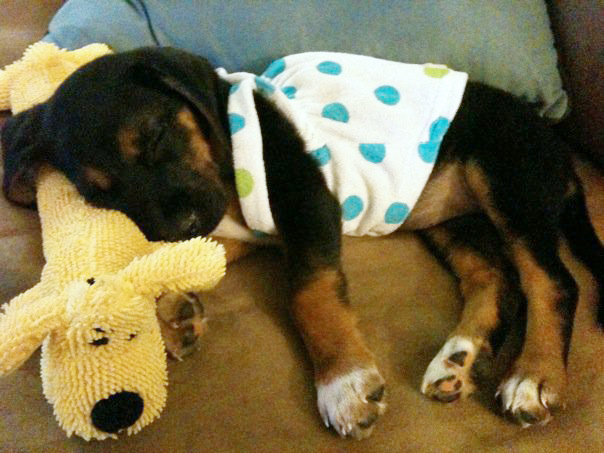 It turns out she was super possessive AND aggressive AND attacked us constantly. We couldn’t even walk her without her biting our legs and not in a playful way either. For the first time in my life, I was scared of a dog, and a little one at that!

Don’t let that cute puppy face in all the photos above fool you, she could switch at the blink of an eye and you never knew it was coming! {By the way, we eventually let her bring a stick with us when we walked her as a puppy and she stopped attacking our legs.

We both grew up with dogs, big and small, all different breeds, but nothing had prepared us for Bailey. We watched countless episodes of the dog whisperer, read articles online, talked with our vet, had her tested and worked with training her as much as we could. I don’t know how many times we called our parents because we didn’t want to give up on her, but didn’t know what else to do.

We were seriously considering placing an ad for someone to take her but knew we couldn’t burden any other family with her bad habits, and definitely didn’t want to take her back to the shelter. We knew we were her only hope, and therefore couldn’t give up on her. 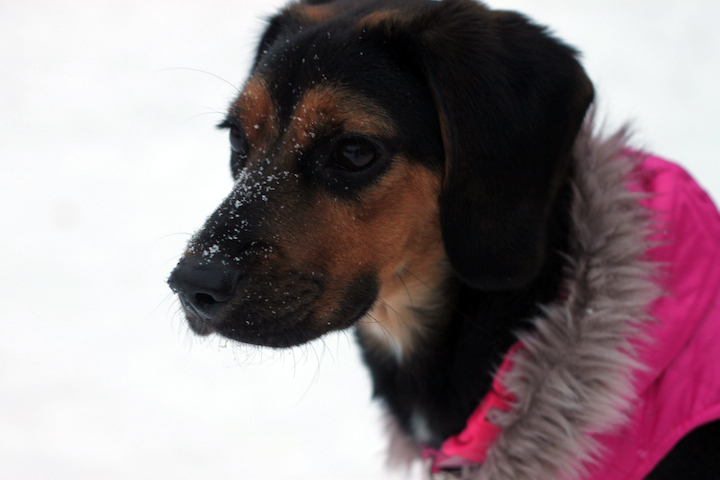 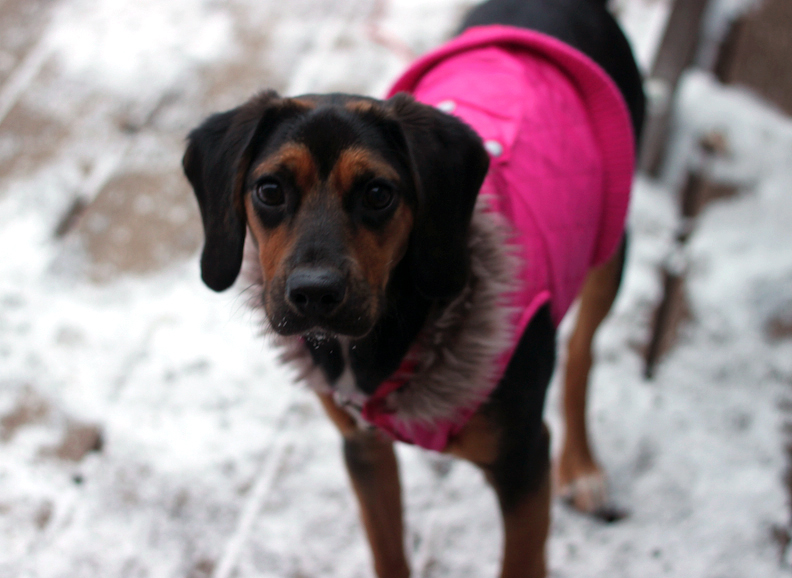 She had her good days and her bad days, but Eric and I remained patient and eventually, we would go a few days before she freaked out. Progress, right?

However, one night things had gotten really bad and we were on the verge of taking the necessary steps to relieve ourselves of the burden and stress she was causing us. That’s when we decided to rent Marley & Me, which we heard was about a couple dealing with a crazy dog. Of course, Marley never attacked anyone in the movie, but definitely added some stress on his owners from time to time… 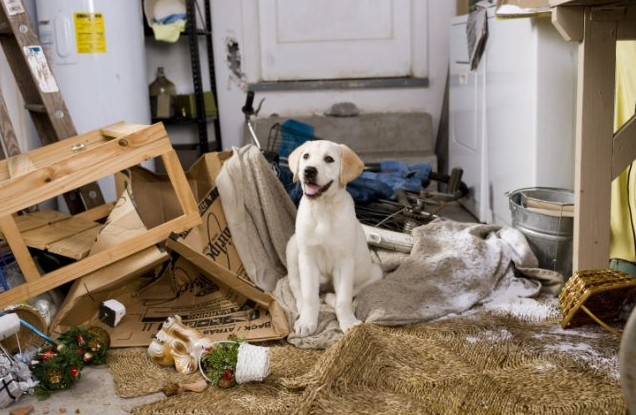 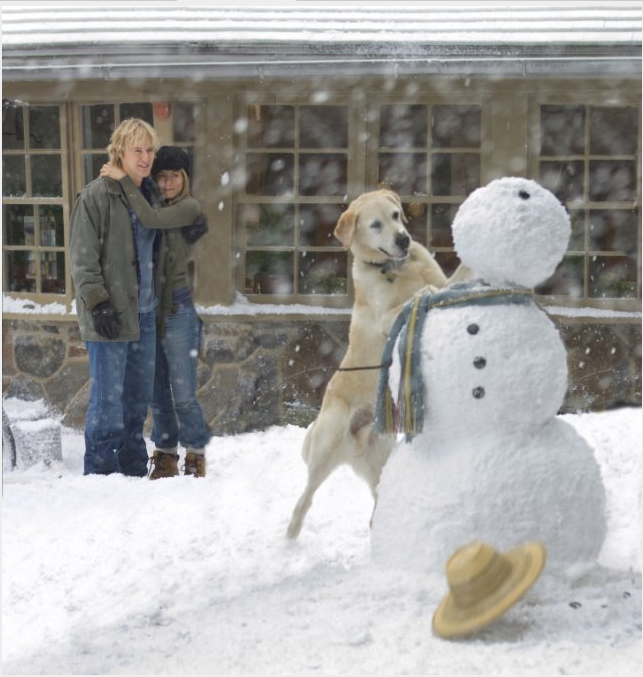 That movie seriously helped us get through all those rough times with her and we never gave up.

Here we are 3 years later and she has come A LONG way. She still has her moments, and although she gets along perfectly with our cats, and loves people, she’s so-so about other dogs and even little kids. We know her limits and how to handle her when she gets anxious or scared, and try to remove her from stressful situations when possible.

Sure it’s been an adjustment, but that movie really helped give us hope. 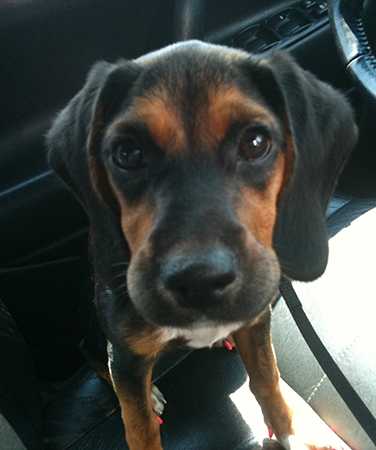 After we re-watched the movie a few nights ago, it reminded us of the first time we watched it and made us so happy that she is still a part of our lives. We love her so much! 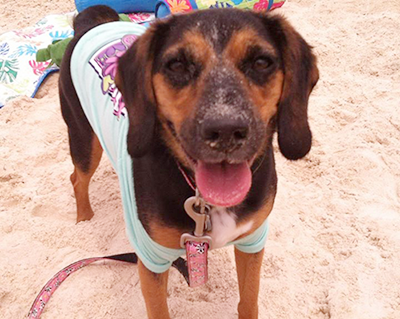 We love Bailey so much that we actually couldn’t stand the idea of being away from her for a whole week during our wedding. So we brought her with us!

The best advice I could give for someone going through something similar is not to give up. Also, remaining calm is key. I know Bailey could tell when I was scared of her and in turn that made her more scared. So she would then get aggressive because that’s the only way she knew how to defend herself.

Even when she gets like that now, we try to remain calm as to not escalate the situation and then handle the situation when she has relaxed a bit. If you are with a stressed-out dog and feel your body is tense, take a few seconds to relax before you handle them or ask someone else to take control. This is the system we use and it has worked wonders. It’s not perfect, but it has helped tremendously.

Oh yeah, and I refer to Bailey as the clearance puppy because we decided to adopt her from a shelter for 2 reasons. 1.) save a life 2.) save some money. Well, the money part is only partly true because even though her adoption fee was only $40, we realized she had mange, a skin disease, a couple of days later and our vet fees went through the roof. She overcame it though and was worth every penny!.

If you haven’t seen Marley & Me, I definitely recommend renting it this weekend.