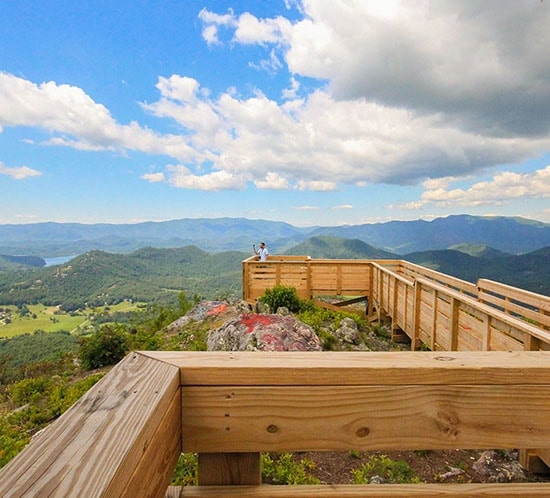 Plan to visit North Georgia this Summer or Fall? If so, you may want to stop by Bell Mountain in Hiawassee near Lake Chatuge. It may not be much of a hike, but the views are spectacular!

When we first pulled into Hiawassee it was hard to miss the mountain in the background that seemed to have a big chunk blown out of the very top. For quite some time I’d found myself looking up at it as I drove by thinking “I wonder what happened up there”.

As it turns out that mountain missing a big chunk is actually Bell Mountain.

Check out the video of our trip to Bell Mountain:

It was then that an individual stepped in and purchased the mountain with preservation on the mind. 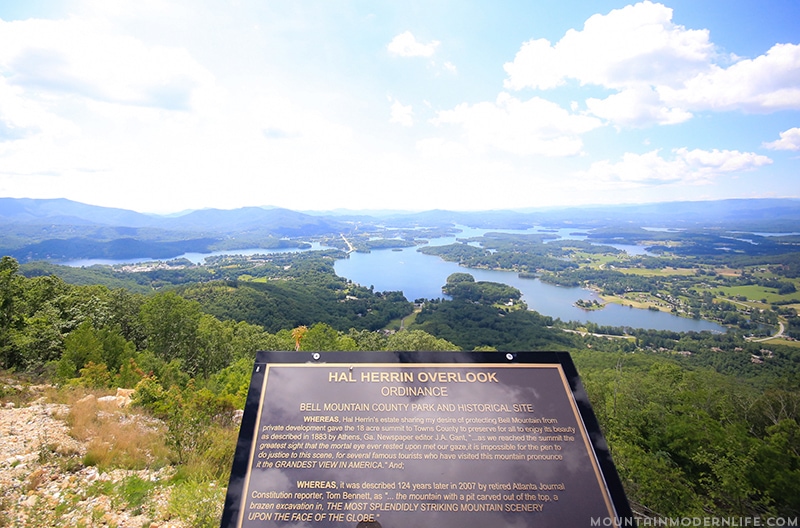 He ended up making sure no one would destroy the mountain again. Since that time he has handed the mountain over to Towns County where they continue on with the preservation of Bell Mountain. 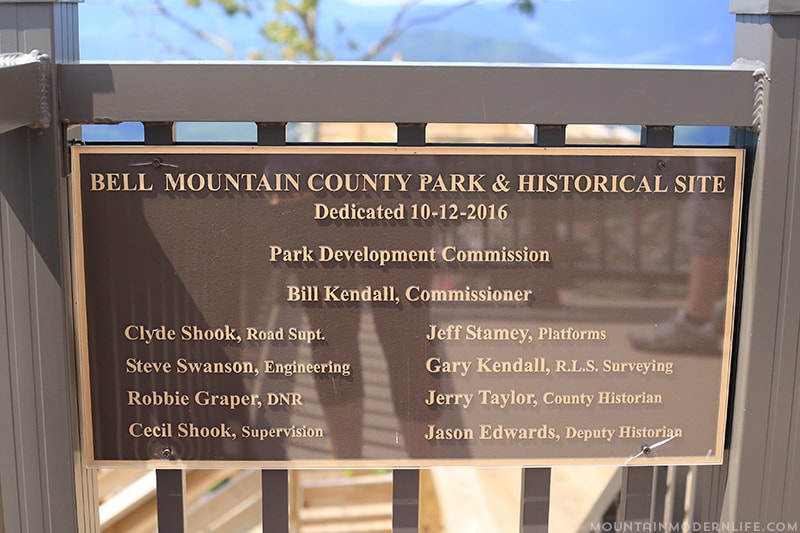 Back in the day, it was used as a place for people to hike up for sunset views, though they had no roads.  They’ve since added a road though it’s important to note that it gets really steep toward the top. 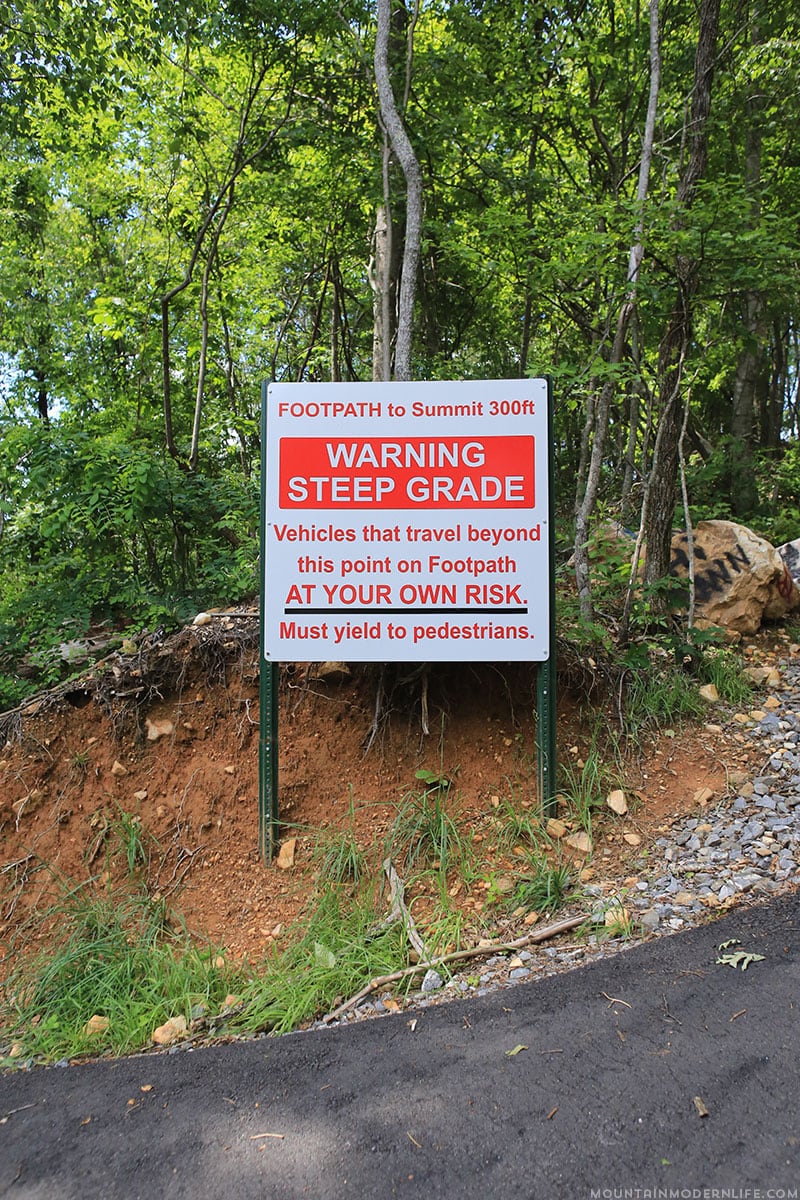 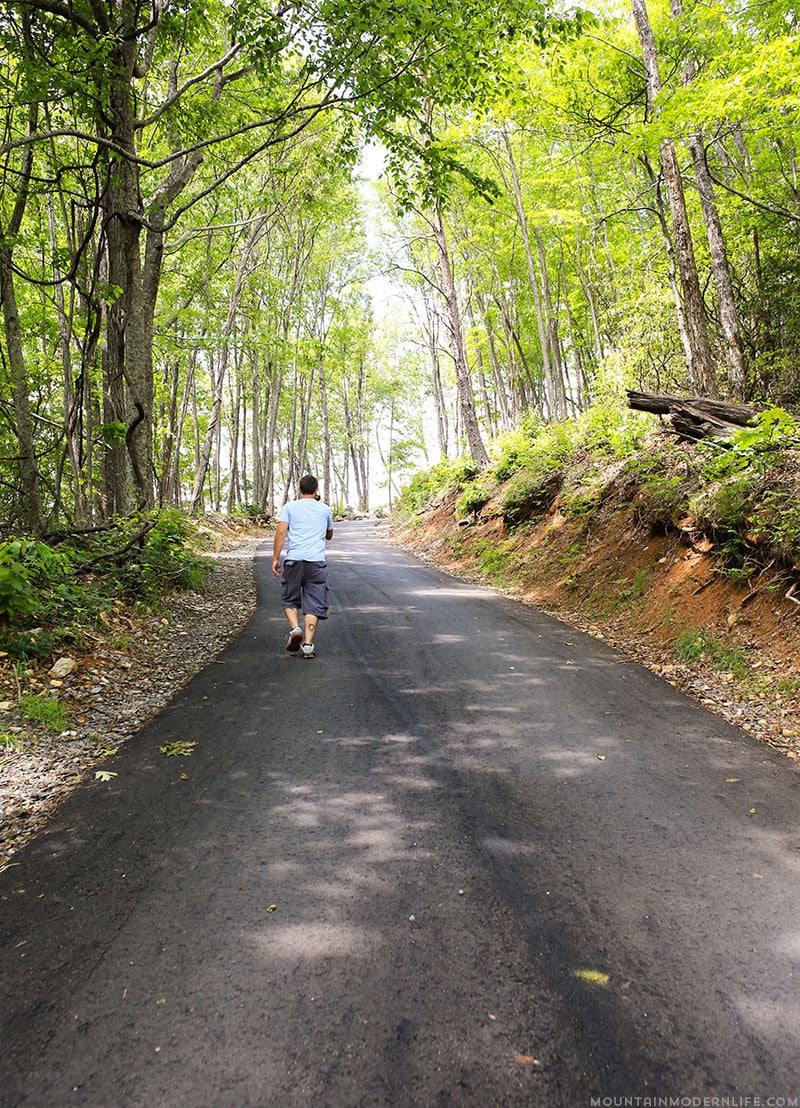 Once you get to the top you’ll quickly notice the graffiti on the rocks, it’s literally everywhere. I’d say at this point there are only a few spaces that haven’t been painted. 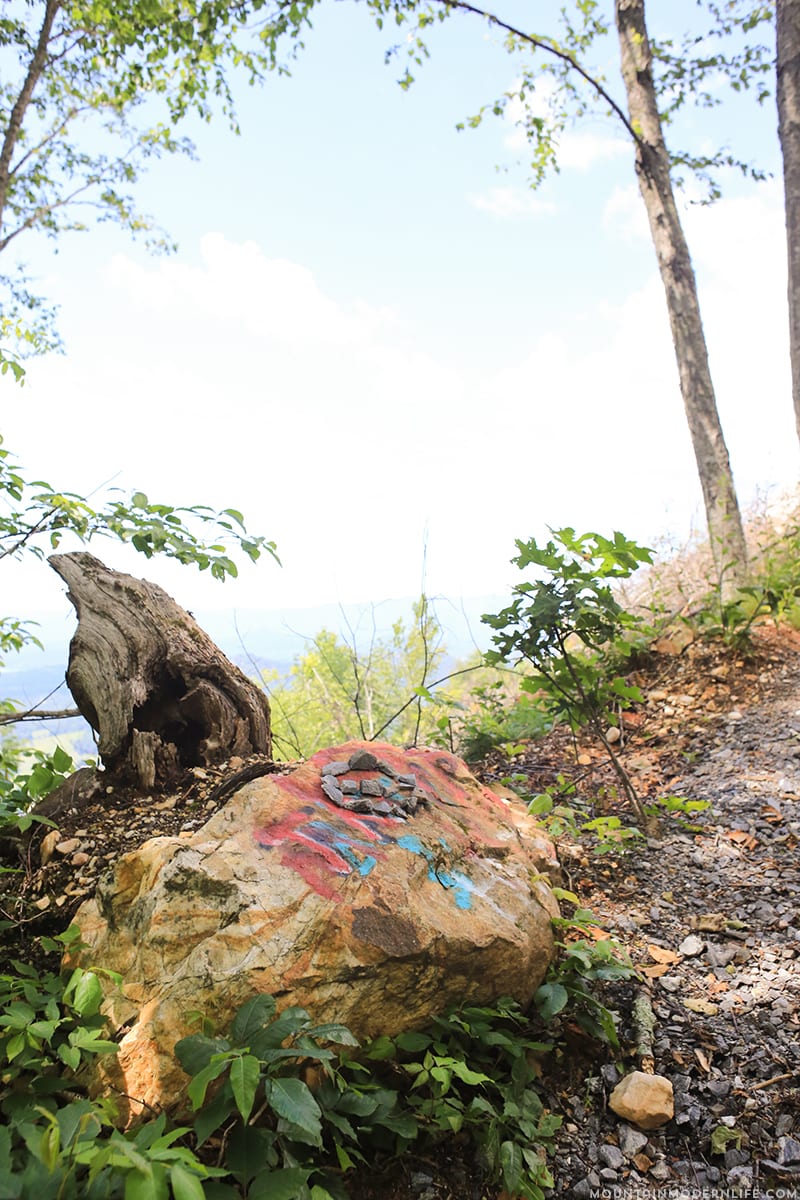 A long time ago a tradition began where people would spray paint on the rocks on top of Bell Mountain. 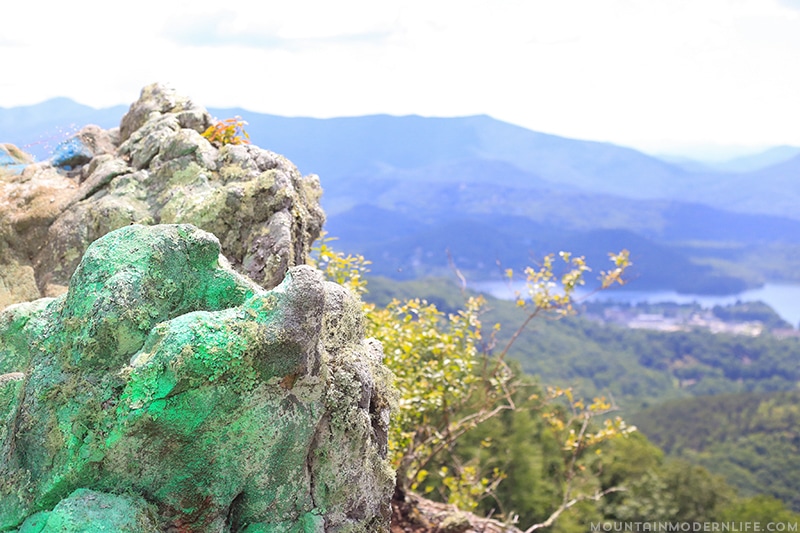 In my opinion, the graffiti takes away from the beauty of the area. You’re able to walk up a rock formation that doesn’t have a deck but to be honest, I had no desire to do so because of all the graffiti. While I can understand how the tradition of leaving your mark was started and continued, I personally see no value in marking up the rocks.

Even while we were visiting the sound of shaking cans and spraying paint could easily be heard. In the back of my mind, it tore me up knowing that this tradition would continue on with no signs of stopping.

Now there are signs in place that say the area is being recorded, along with warnings to not paint on the decks or signage. 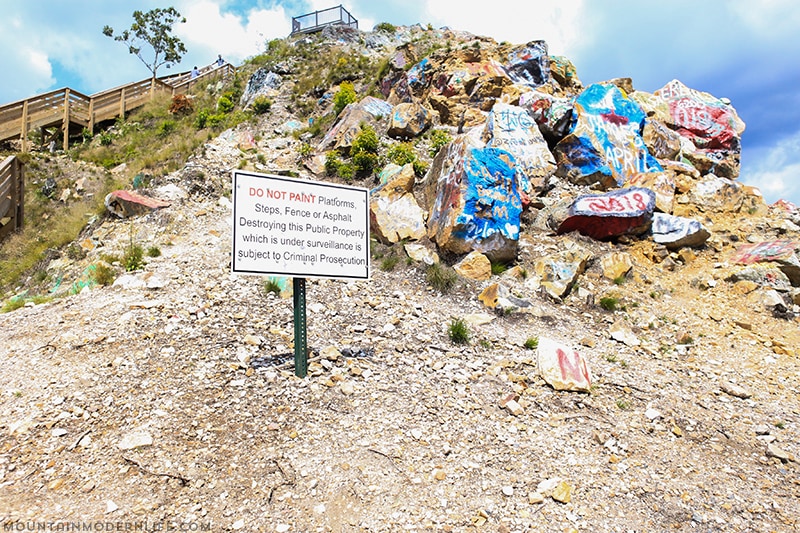 The graffiti is a hot topic concern, whereas some people love the tradition and ability to leave their mark while others consider it destroying nature. Regardless of where you stand on the issue, the views make it a place worth visiting. 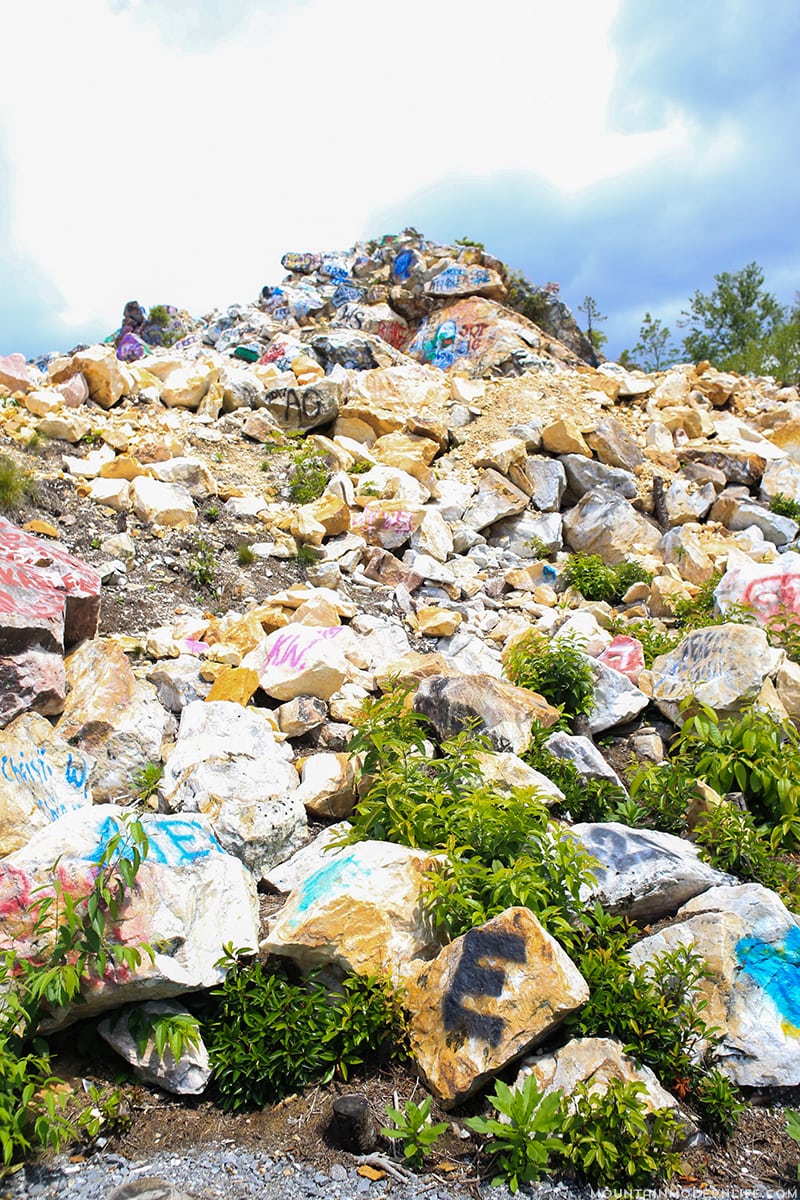 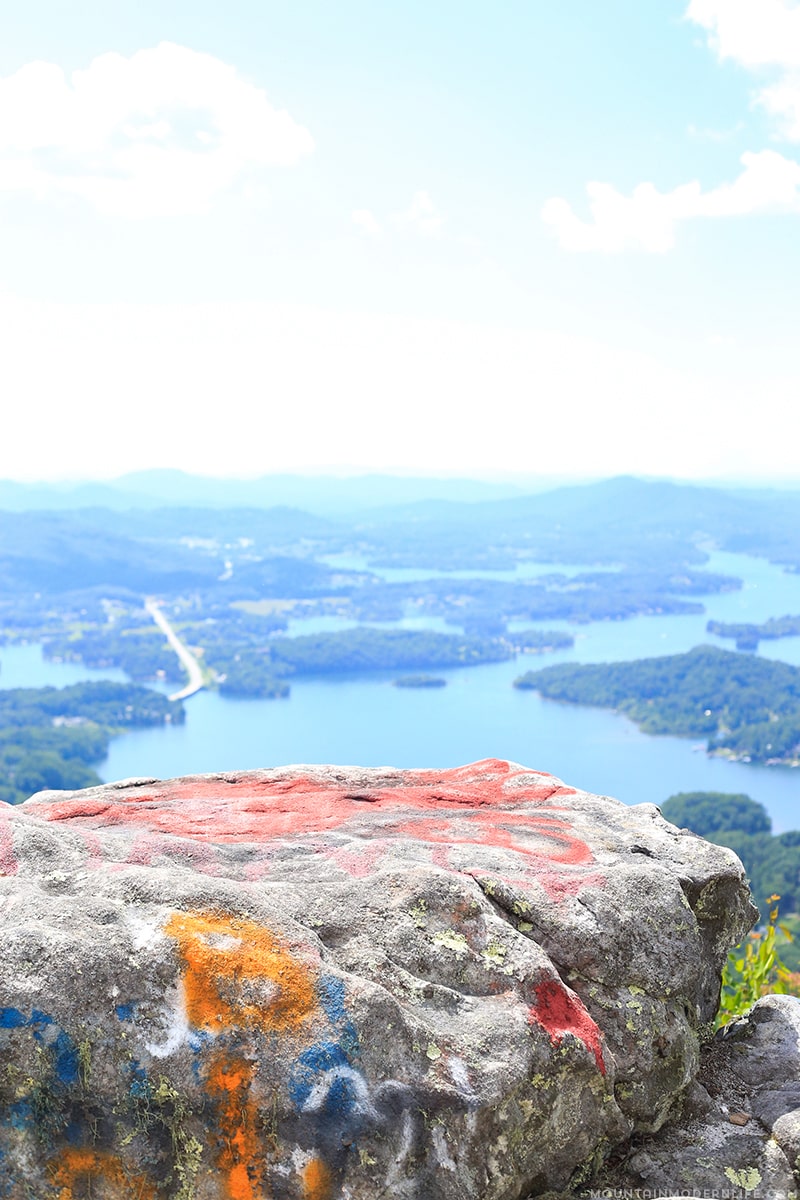 From what we’ve read the graffiti isn’t the only hot button topic atop Bell Mountain. A lot of people are also disappointed with the addition of the road and the viewing decks. 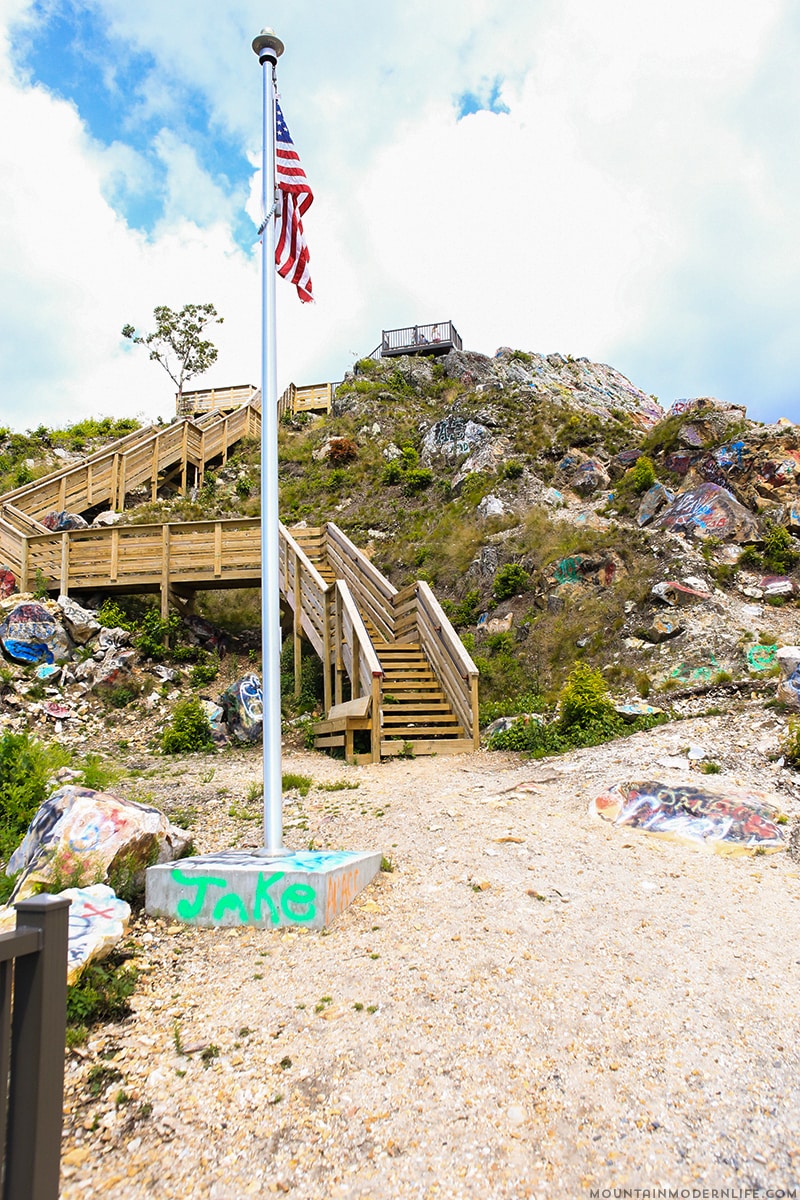 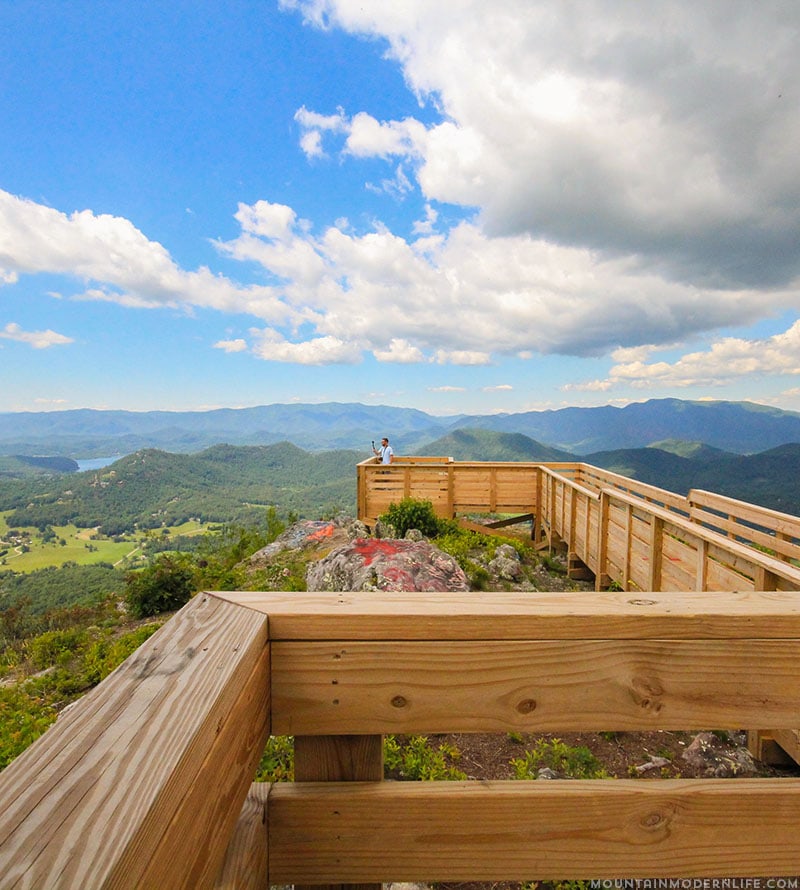 I can understand both sides on the viewing decks, but they were well constructed and did help facilitate good 360-degree views. Without seeing Bell Mountain before the decks it’s hard for me to know what people miss now that they’re here. 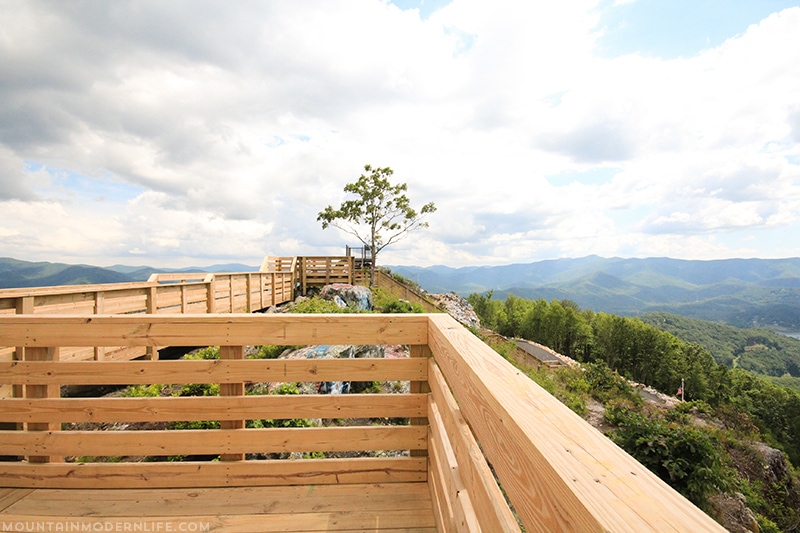 The views are spectacular and helped to take the attention off of the painted rocks. 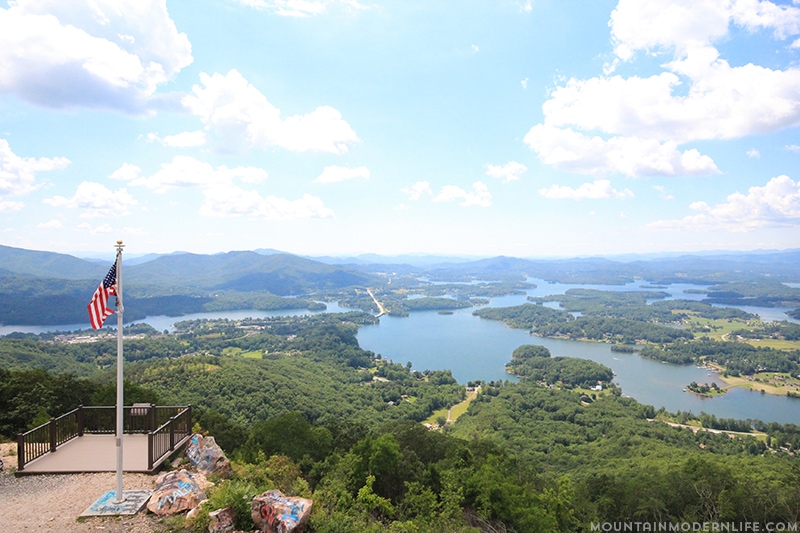 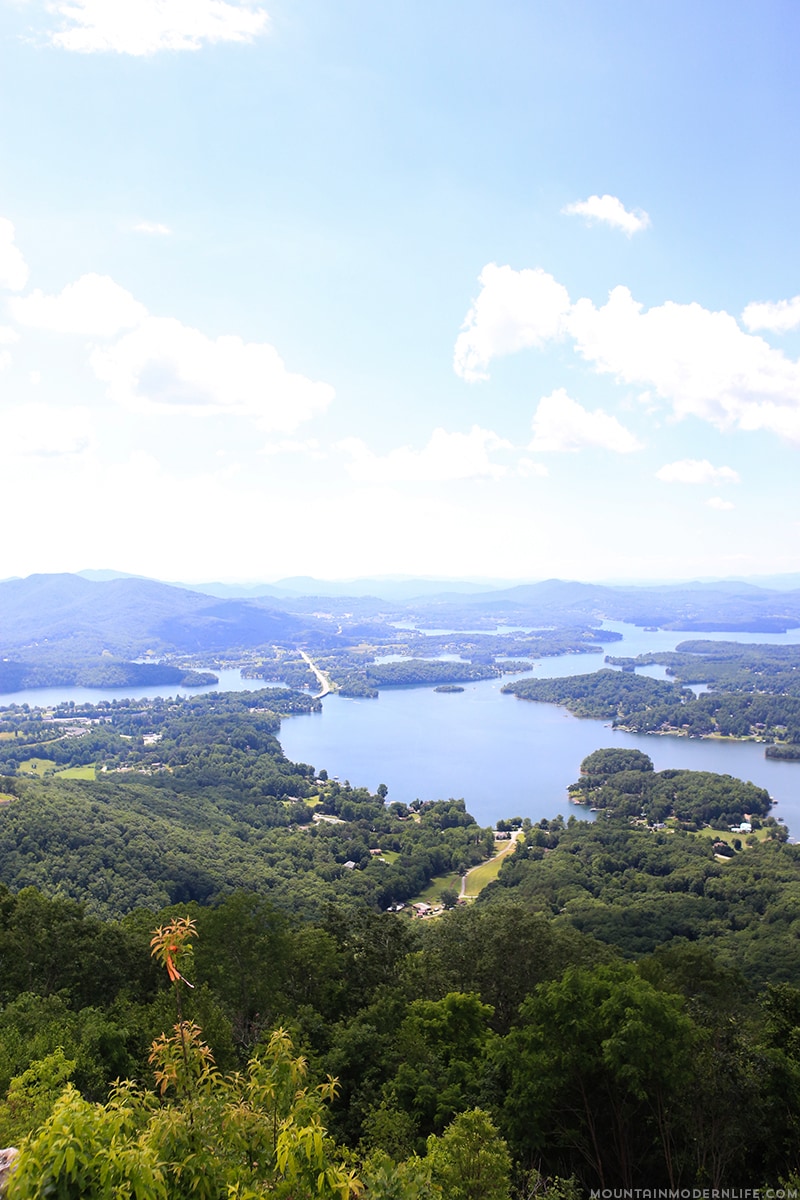 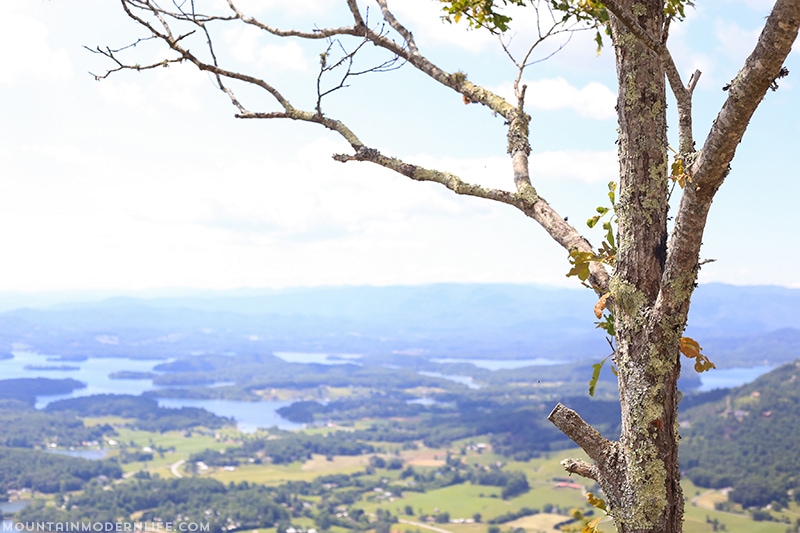 Have you been up to Bell Mountain? What did you think of the painted rocks and the views? We’d love to know in the comments below. 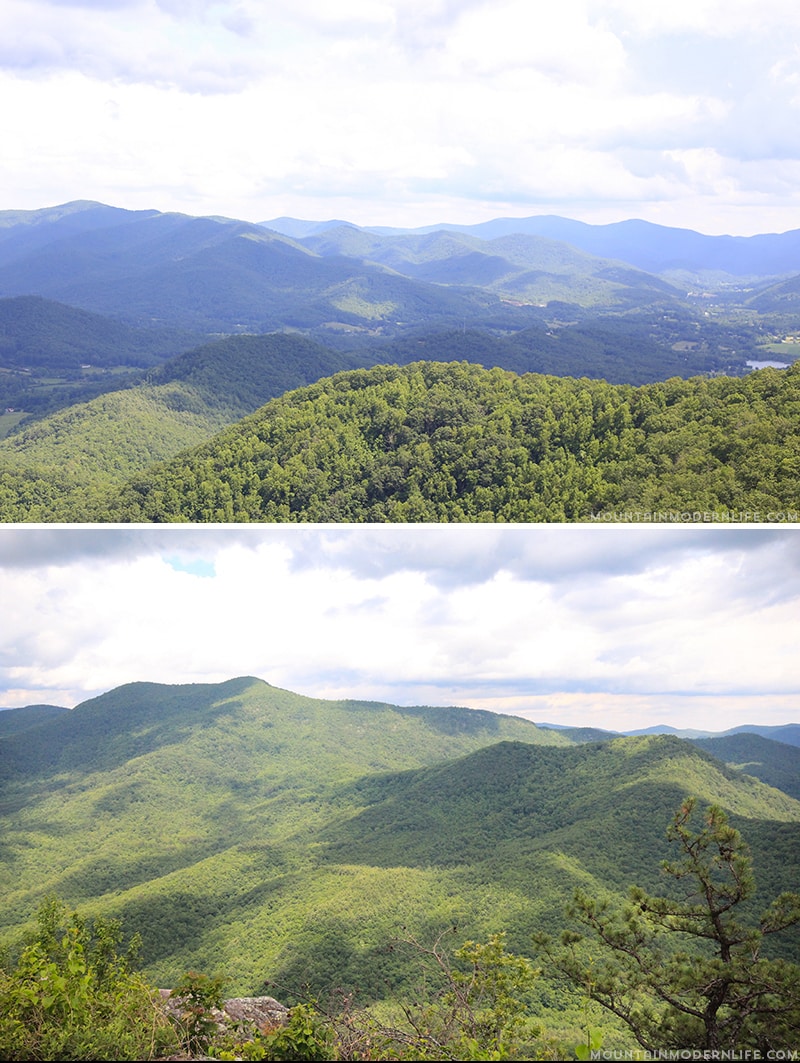 Looking for additional places to explore in North Georgia? Check out the links below: