Add a touch of whimsy to your big day with these floating moss letters, perfect for a romantic or woodland inspired wedding. 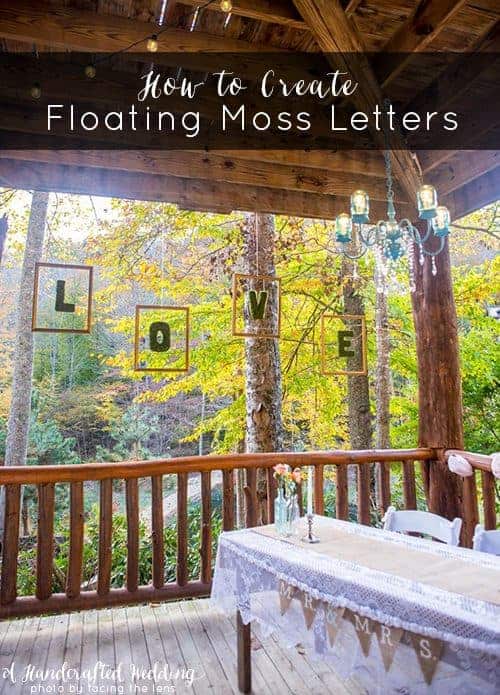 I came up with the idea of displaying “floating” moss letters during our wedding reception, and it was one of my favorite decorations. So today I am sharing a tutorial on how to create the effect using mossed up letters, thrifted frames, and some fishing line.

How to Create Floating Moss Letters

I had previously purchased the paper mache letters to spell out “Love” and even roped them all up, with the exception of the E. I had thought about using them by themselves or on a wood sign, but after picking up the thrifted gold frames I decided hanging the letters from the frames would be way more whimsical and romantic. 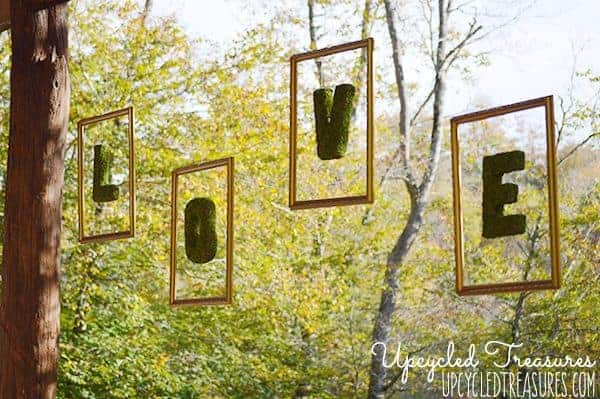 I was so excited that there were 4 matching gold frames at Goodwill and for less than $3 each, yay! Sorry for the bad photo, it was taken with my phone late at night and I dunno what happened to the 4th frame, but it apparently didn’t make it into the photo. The prints aren’t my style but they are really cute so I set them aside, along with the frame glass.

I considered hanging the rope letters from the gold frames, but there wasn’t enough contrast so I just mossed over them instead using the glue gun. Here is a before photo of them all roped up with jute twine.

I started with the E and began adding glue followed by moss, making sure to work in small patches at a time. I will admit that I’m impatient and patted down the moss with my hands a little too soon and sorta got some bad glue gun burns, so please be careful! You could use a pencil or some sort of utensil to smash the moss down with too. Or maybe not leave your glue gun plugged in for hours upon hours to where the steam is coming out of it like a chimney… 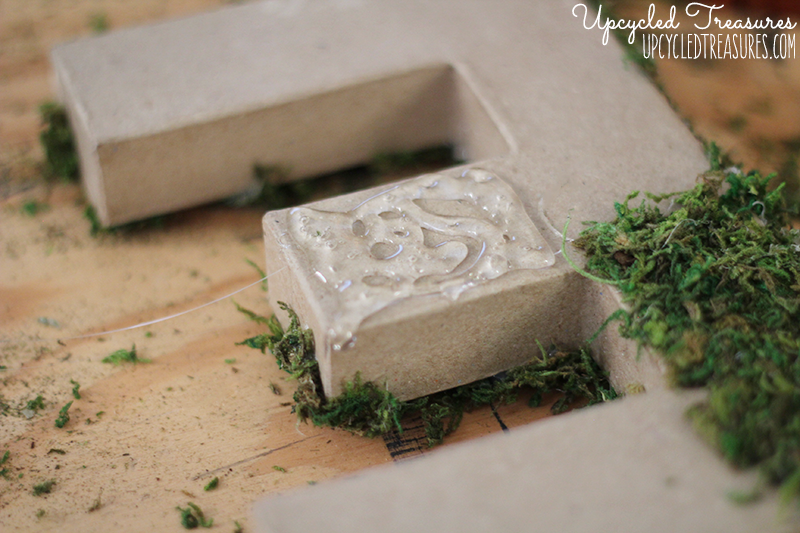 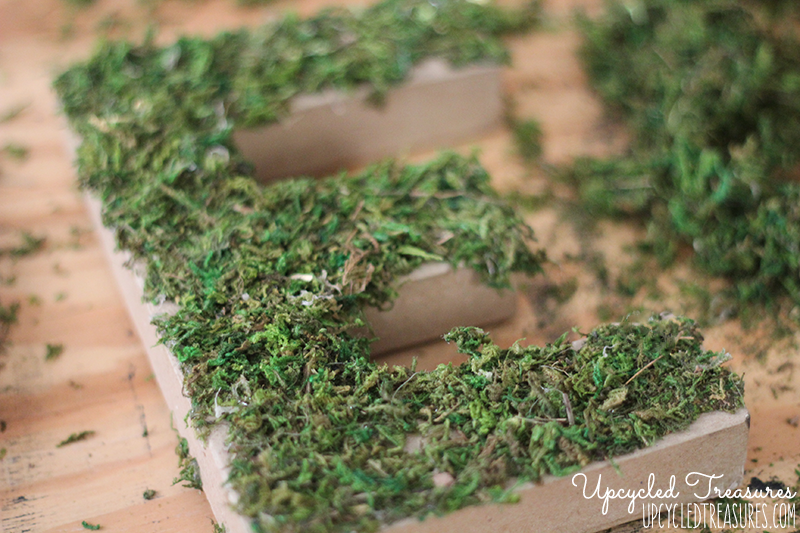 After the letters were all mossed up I patted them down to see if any loose moss came off and then would re-glue any areas if necessary. At this point you could spray a clear sealer on the moss letters to help prevent the moss from “shedding” later on.

Since we had to drive to NC for the wedding with a car packed full of decorations I figured it would be best to bring the letters up, and attach them to the frames while we were up there. Luckily I had the help of family and friends. 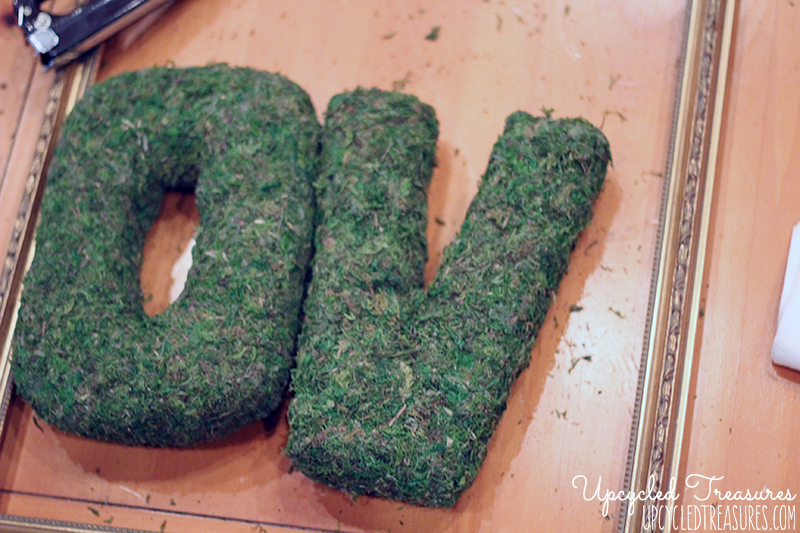 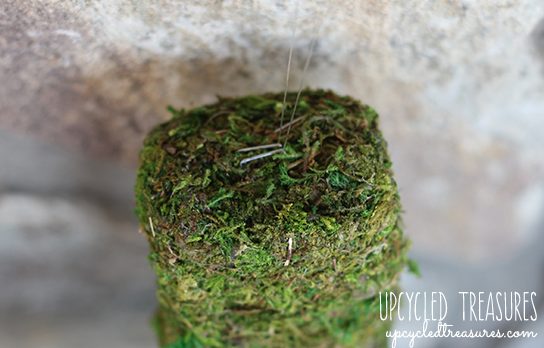 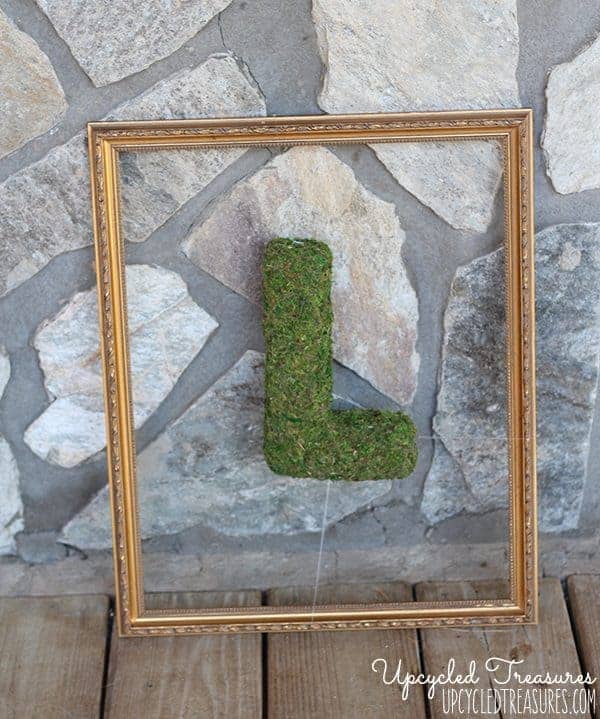 And this is what it looked like during the reception: 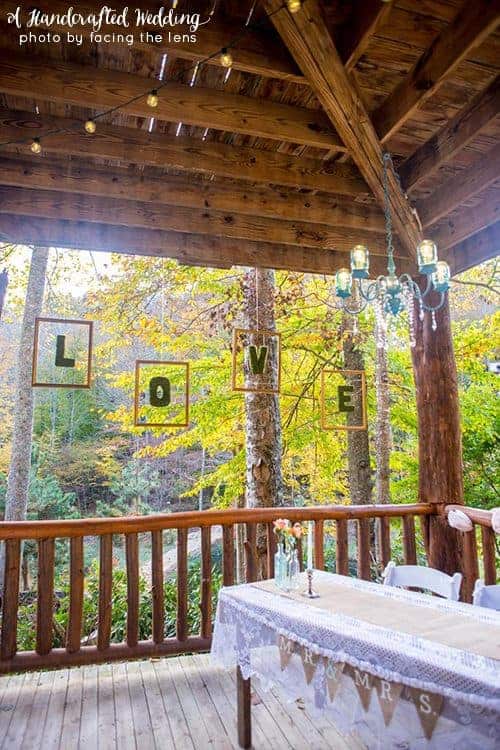 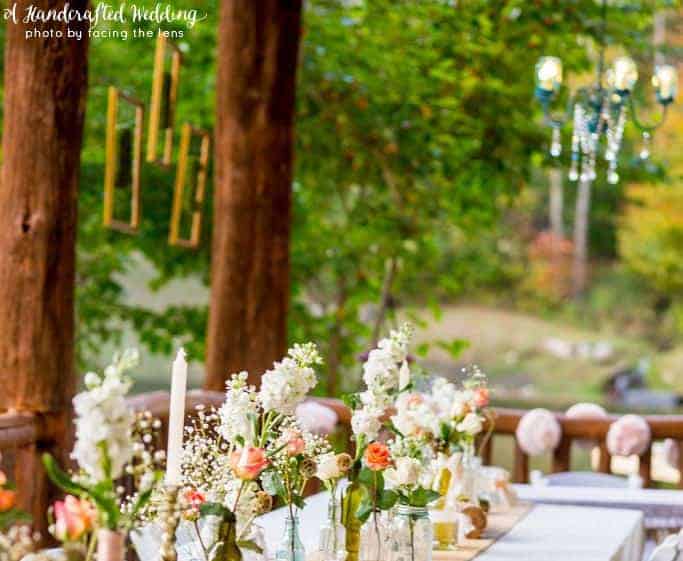 Also, you could hardly see the fishing line in person, although the thicker line did show up more in some of the photos. 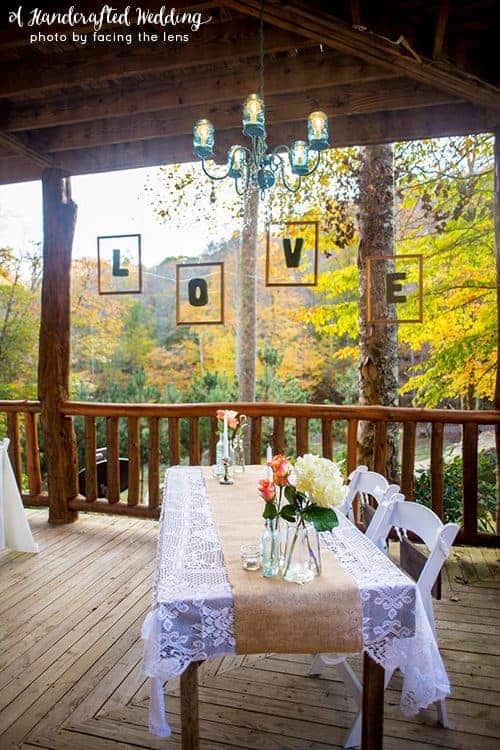 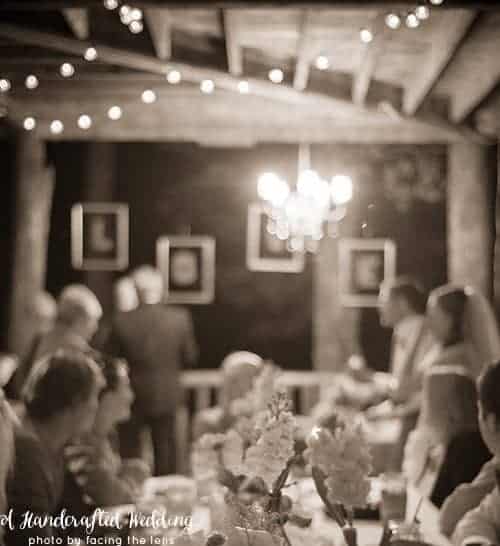 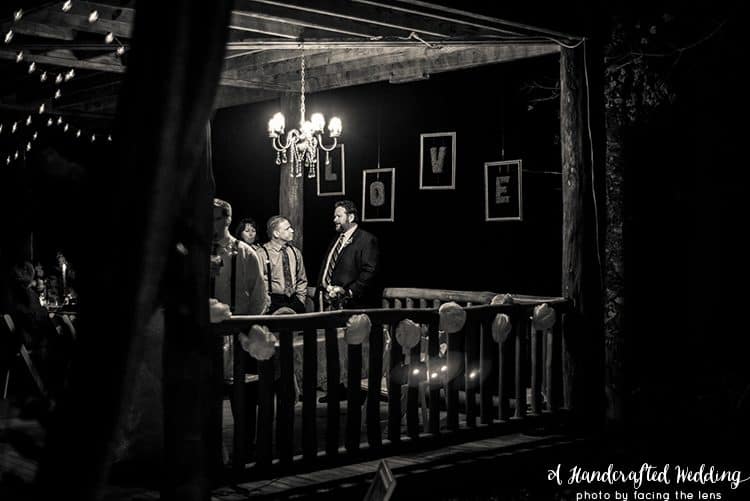 So what do you think of the Floating Moss Letters? I know moss is generally associated with spring, but I loved it for our fall wedding and this is a project you can easily customize to say whatever you like. Not to mention it fits in perfectly with outdoor, woodland, rustic or whimsical inspired weddings.