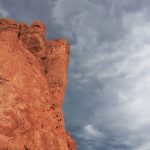 While we’re not too fond of overly populated hikes and trails, I’ve gotta say Garden of the Gods is well worth it!

It’s no wonder it’s one of Colorado’s top attractions with the massive red rock formations set against the blue sky with spectacular mountain views in the background, including Pikes Peak.

Exploring Colorado: Garden of the Gods

This is our first time visiting Colorado and it’s been fun to explore areas near Colorado Springs while we’ve been parked at an RV repair shop for the last month.

My dad had visited Garden of the Gods back in the ’70s and told me it was one of the coolest places he had been. He also had an interesting story where he and a buddy were walking along and saw someone climbing one of the rocks in the distance and fall off, which was a long way down. They freaked out and ran to find help and rode a fire truck back to the spot only to find out the guy was fine. There are tons of sections closed off for rock climbing so I don’t know if that’s what the guy was doing back then or if he was able to somehow slide his way down or what, but it’s a story my dad will never forget. At least the guy was fine and my dad and his buddy were excited to ride on a firetruck for the first time, haha.

We put together a video about our visit, which you can watch below. Unfortunately, a thunderstorm rolled in while we were walking around so we didn’t get to spend as much time there as we would have liked, but what we did see was pretty amazing! Oh, and did I mention it’s completely FREE to visit? No parking fee or anything! Oh and it’s dog-friendly, but we visited before we adopted McNally.

What is Garden of the Gods?

Garden of the Gods is a public park that was designated as a National Natural Landmark back in 1972.

It’s completely free to visit, thanks to Charles Elliott Perkins, who purchased the land back in 1879. He originally planned to build on the property but decided it was too special, and should be kept in it’s natural state and enjoyed by the public instead. Unfortunately, he wasn’t able to see his wish fulfilled before he passed, but his children followed through on their father’s wish and in 1909 Garden of the Gods became a public park. 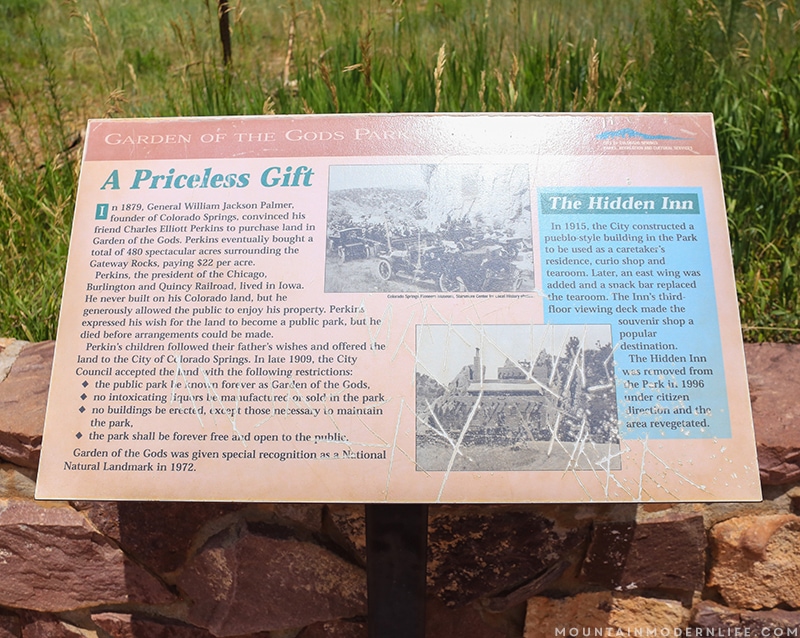 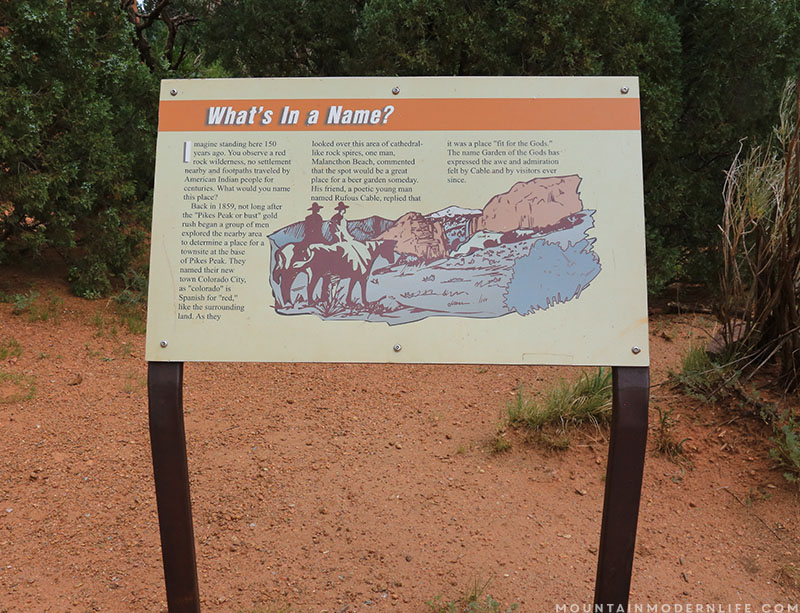 The park lends itself to hiking, biking, rock climbing, horseback riding and even jeep tours!

You’ll want to swing through the Visitor and Nature Center to pick up a map, learn about the history, and snag lunch overlooking postcard views. 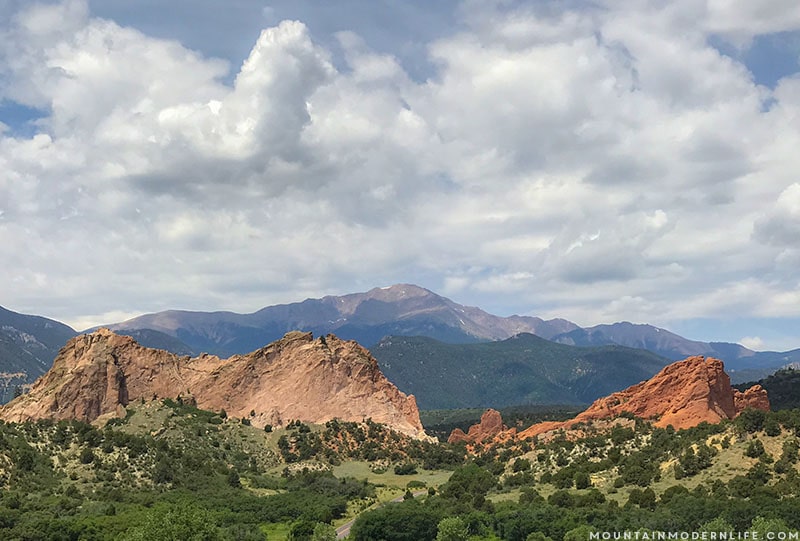 You can also pick up souvenirs from the Garden of the Gods Trading Post, which was built in the early 1900s. Not gonna lie, I could have spent a lot more time in that gift shop, which is filled with Native American decor, Colorado-made items, and other adventure-inspired items at really reasonable prices.

I hope our video gives you a better idea of the park, but here are some photos I took during our visit: 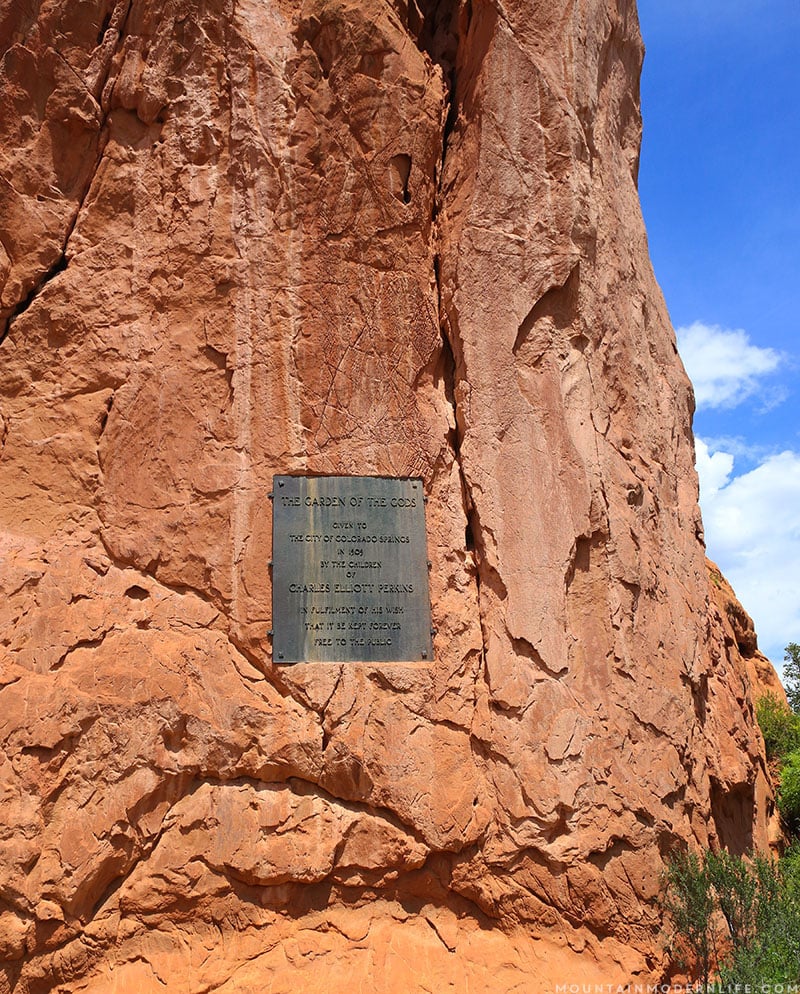 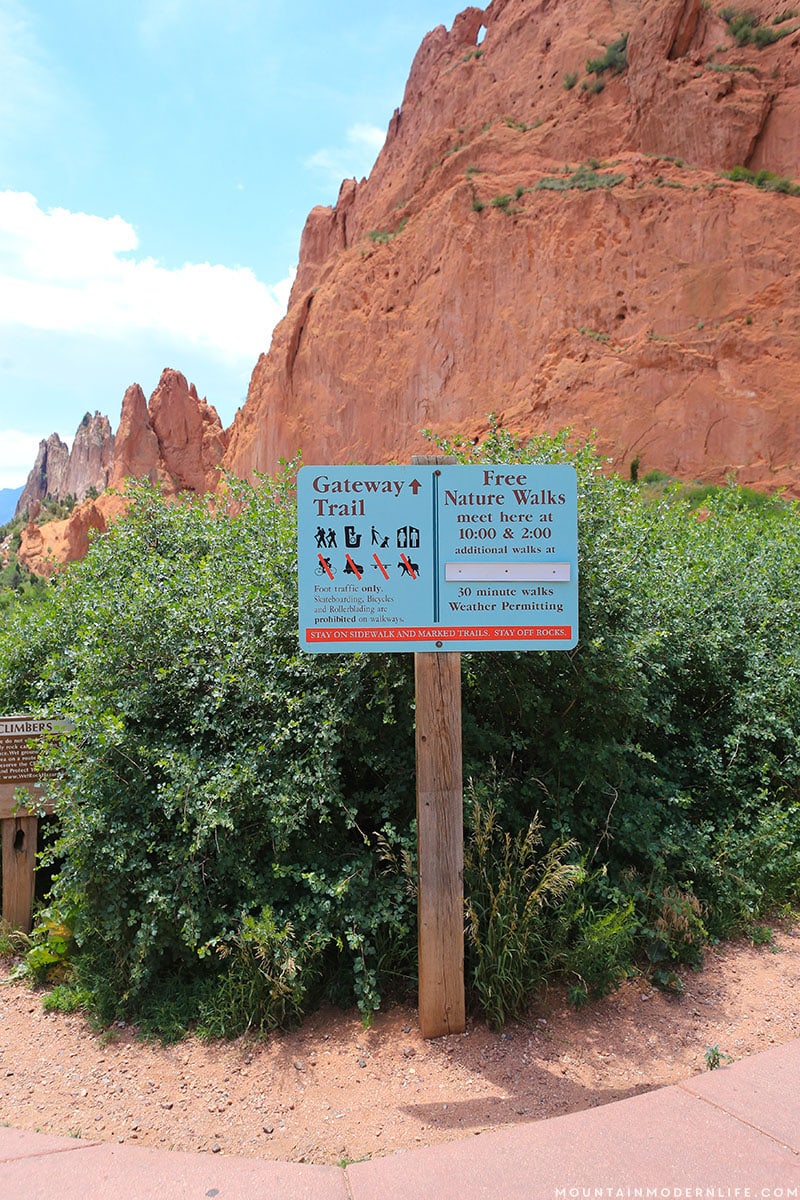 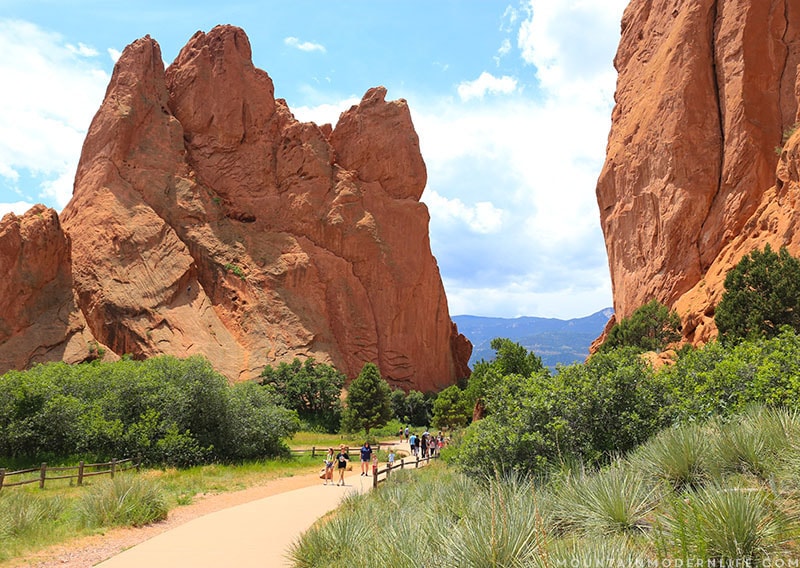 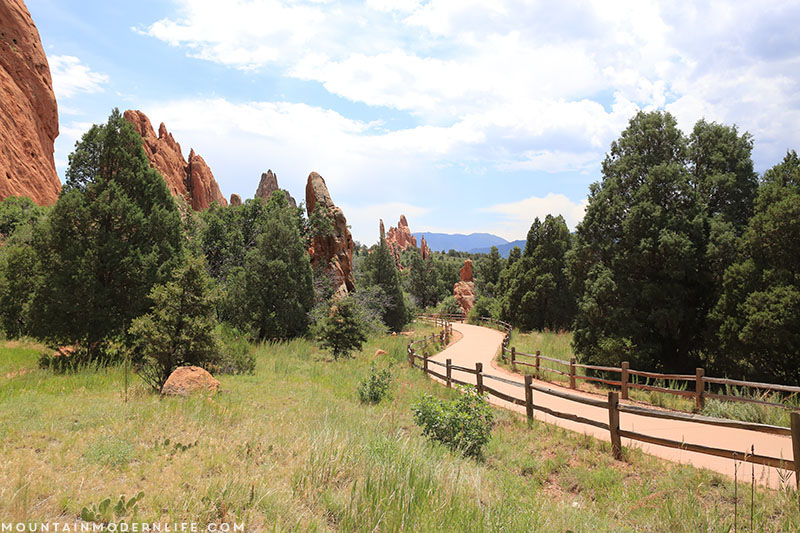 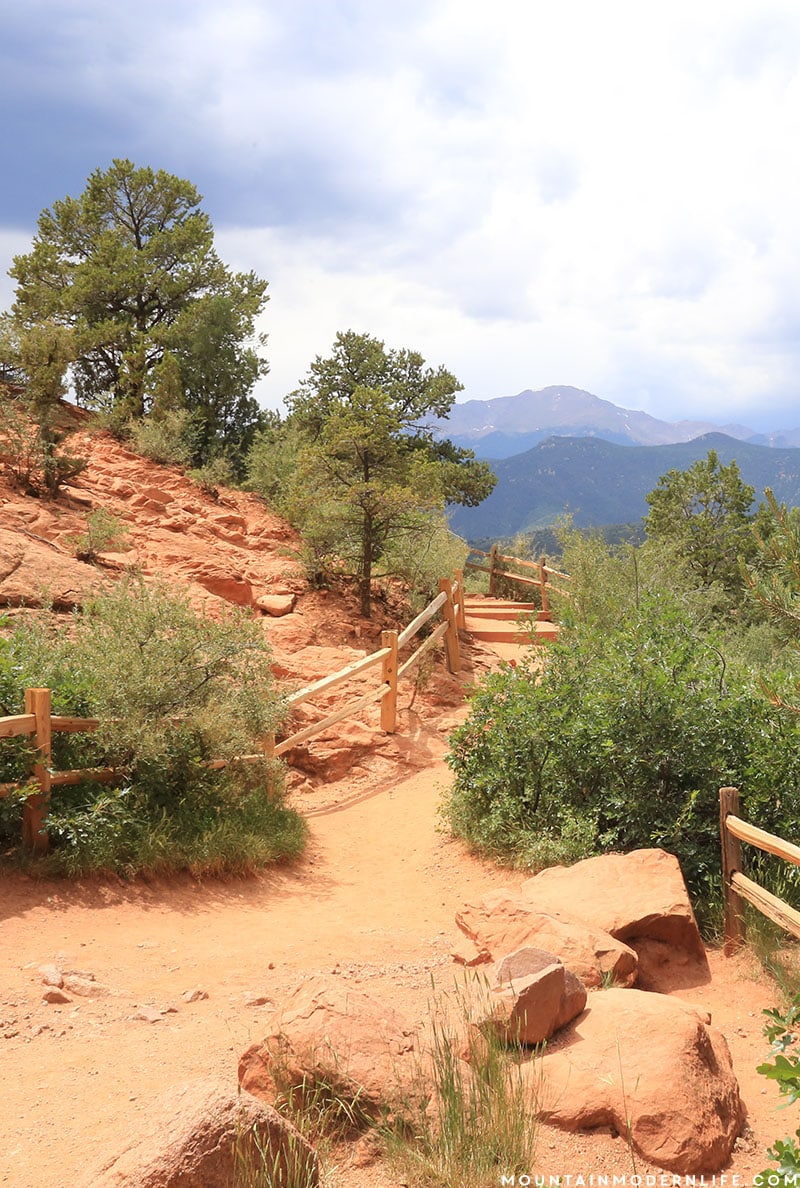 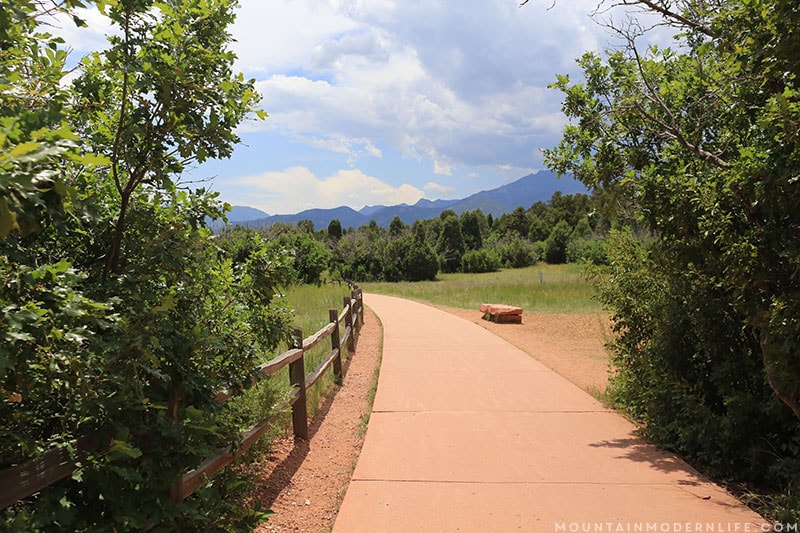 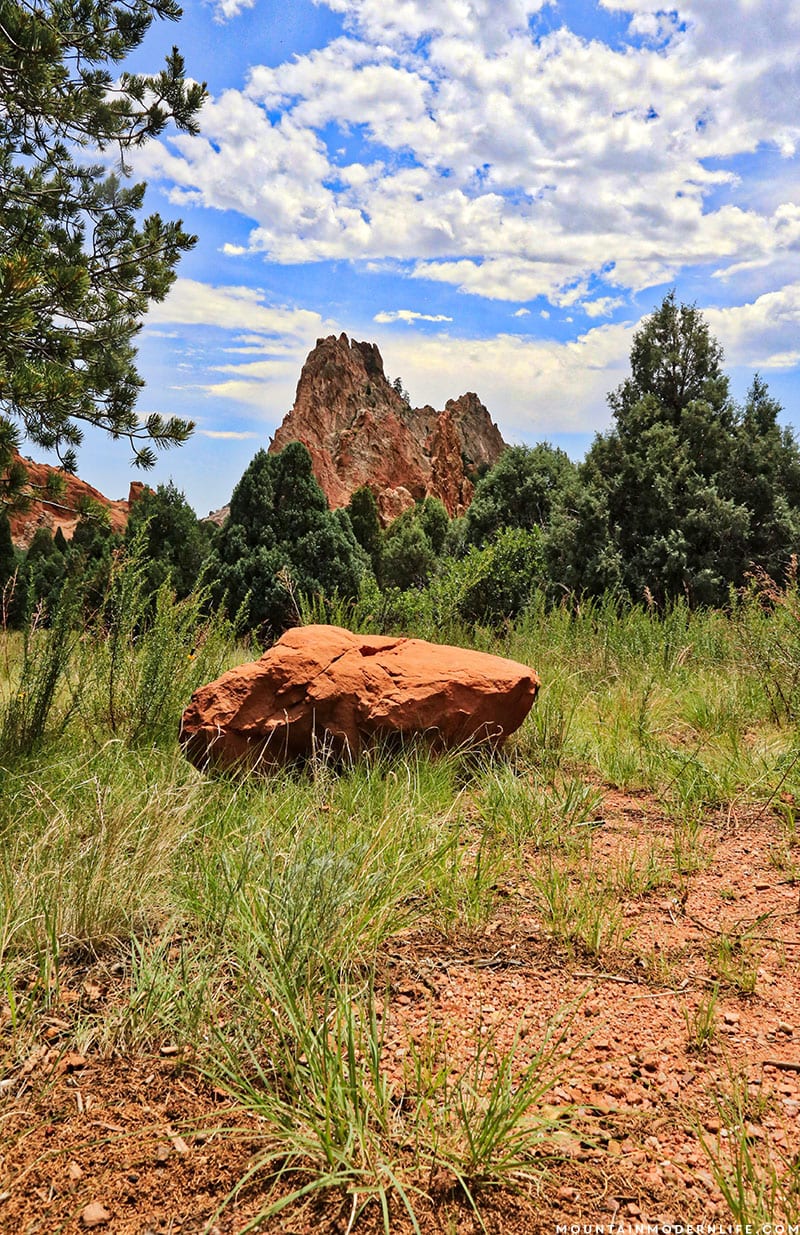 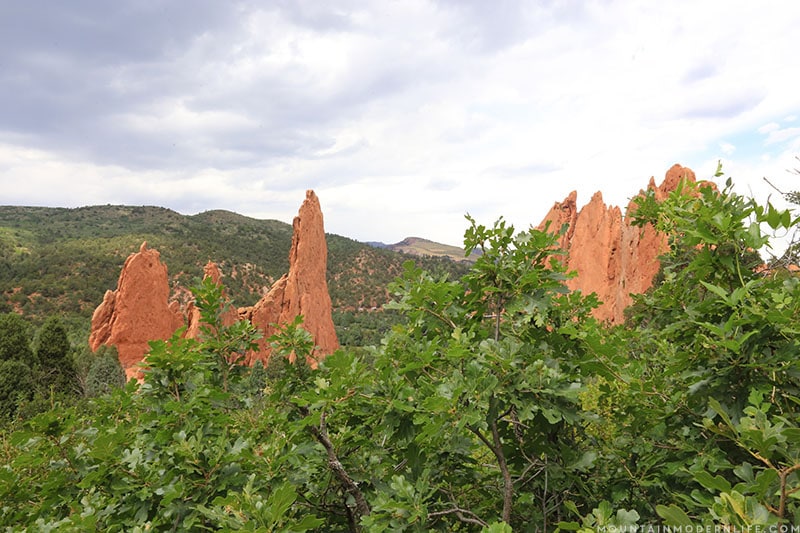 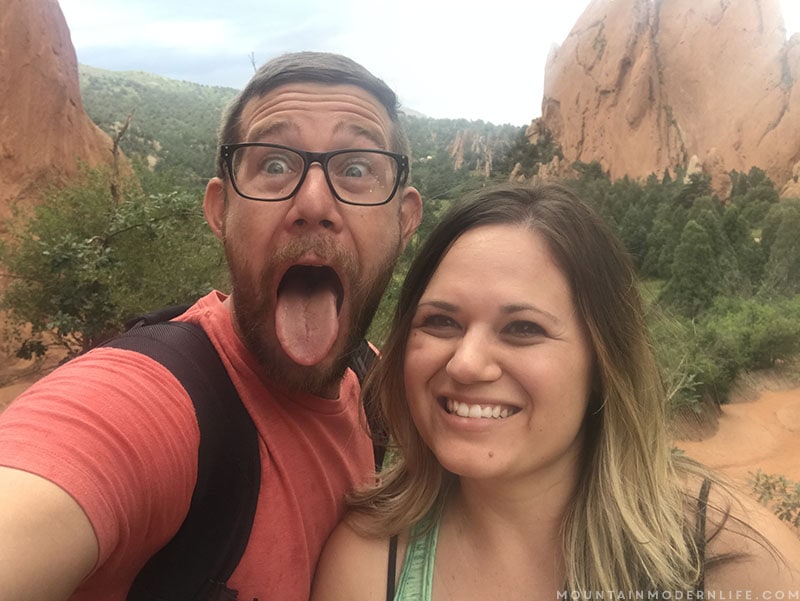 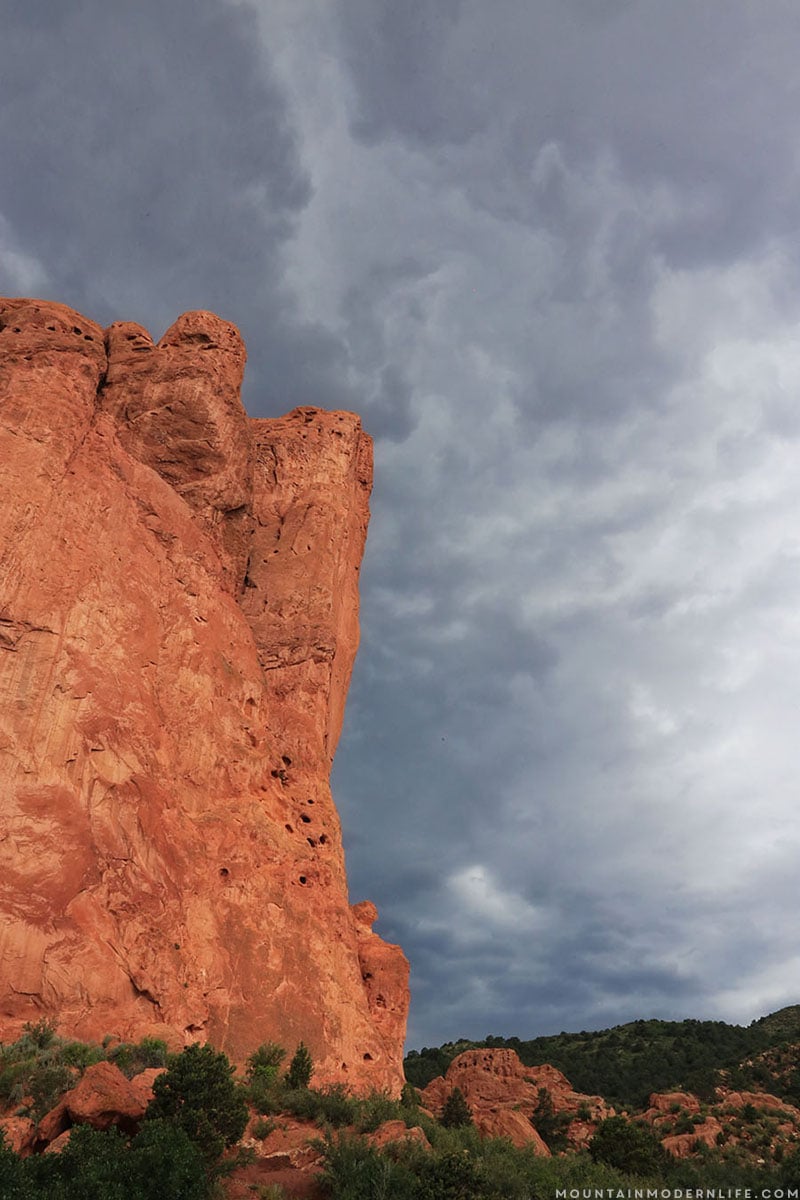 Overall, we really enjoyed our time at Garden of the Gods and definitely think it’s worth visiting if you’re near Colorado Springs. If you want to avoid the crowds I’d recommend going early in the morning. We went around noon on a Tuesday and it was pretty busy.

Have any questions, or want to share your own experience or tips about visiting Garden of the Gods? We’d love to hear them in the comments below!

Official Garden of the Gods Page

Visit Colorado: Garden of the Gods