Okay ya’ll, it’s time for a little heart to heart. I’m having a rough day. For those of you that don’t know, we adopted Bailey, our beagle-mix, from a high kill shelter roughly 4 years ago. Eric and I grew up with dogs but never had to deal with a dog as difficult as Miss Bailey. It was rough from the start with her aggressive behavior, but we stuck through it and worked with her as much as we could. I often joke that she was our “clearance puppy”, especially since the movie Marley and Me really helped inspire and motivate us to keep working with her.

Unfortunately, if you are reading this post looking for answers on what to do when your dog bites, I’m afraid you won’t find any. I am at a loss when it comes to answering that question, and it’s been something we’ve been asking ourselves for years now.

I can say that Bailey has come a looooooooooooong way since we first adopted her, and most people would think she is the most adorable, sweetest little thing ever. Unfortunately, she has random outbursts of cray cray. They tend to happen less frequently than they used to so I guess that’s the upside, but it’s still scary every time it happens.

The most difficult part is you never know when or why it’s going to happen, except it happens about every 6 months or so. The last time she bit me was when I was petting the top of her head, which I always do. It was the first time she bit me and it actually drew blood, but it wasn’t anything too bad. It was still really scary though. What scared me more was thinking that it could have happened to someone else, or could have been worse.

We have talked to numerous vets about her issues, training has helped, and she was even on doggy Prozac for a while. She still had random outbursts on the medication, even after they upped her dosage, so I wound up taking her off of it because I felt weird keeping her on something that didn’t seem to change her behavior. Maybe that was a bad decision. I dunno. 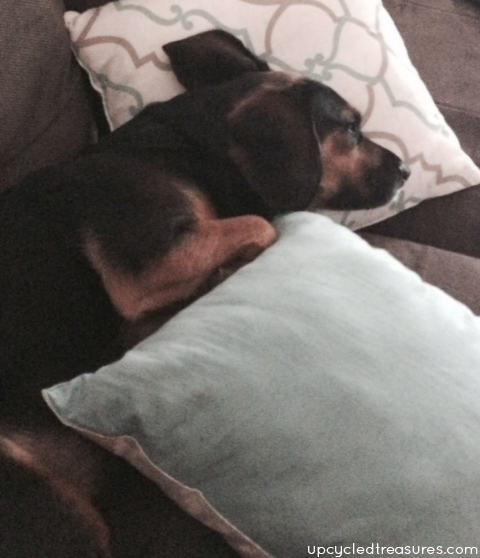 I will say that over the years we have really learned how to handle Bailey for the most part, and we love her so much! What scares me is the fact that we want to have kids here soon, but there is no way she can be around kids. We brought her with us to the cabins when we were married but had to keep her in the crate and away from people because we have been told she is a liability and can’t be around people, kids or even other dogs. Great. Steve, the owner of the cabins even has a domestic wolf that my niece enjoyed playing with. You know it’s bad when your niece prefers to play with a wolf rather than your dog.

Yeah, so we are not allowed to take her to the dog park {if anyone else is there}, and when we walk her we have to tell people they can’t pet her. It’s difficult I’m not gonna lie, and inside I’m thinking “Why can’t we just have a normal dog!?”. If one exists. Oh well, it is what it is and we try to make the best of it. Regardless, we love her just the same. 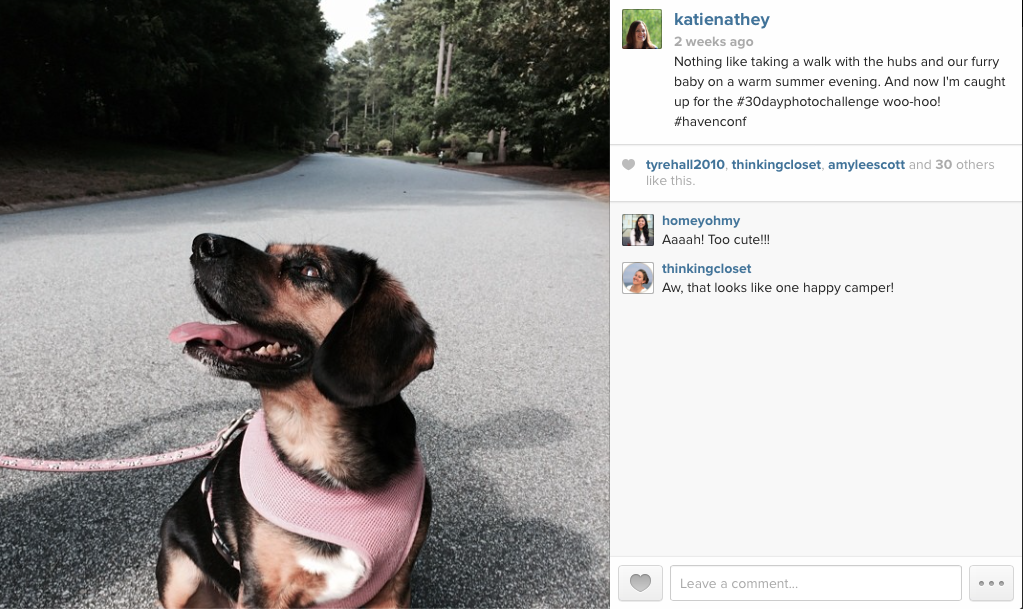 Anyway, today she had one of her outbursts. My mom was petting her and she rolled over to have her pet her belly. When she rolled over she was about to fall off the bed so my mom moved her arm to keep her from falling. Bailey apparently got scared and bit her. BAD. My mom and she are really close too, they have a great connection, and she has never hurt her. I know this only happens because she is scared, and she always feels bad immediately afterward, but that’s not exactly reassuring.

You guys I really don’t know what to do.  We love her so much, and I can’t imagine not having her around, but at the same time, I feel like we are putting off the inevitable. I know when we have kids there is no amount of training or months of good behavior that will ever make me comfortable enough to have her around them.

I guess in my mind I keep thinking we will run into some older, single person who lives on a farm and can take care of her. Does that make me a bad person living in a dream world? Probably. I was kinda hoping “grandma” could take care of her…umm yeah that’s not gonna happen, especially now. 🙁

I feel so conflicted because maybe we don’t even need to discuss options since we don’t have kids yet, but then it’s only going to get more difficult when we do. I think that’s why we keep pushing it under the rug. It’s not something Eric and I like to think or talk about.

This whole situation just breaks my heart. We are going to talk to some adoption agencies this weekend to see if they have any advice or tips for us because we know we have to disclose her background and obviously don’t want to put anyone’s safety at risk. I didn’t even realize she could be adopted to someone else because of her history, but after talking to the vet today it looks like it could be a possibility. We just know we refuse to drop her off somewhere only to wind up euthanized. We love her, she is our responsibility, and we just have to sort through this mess to figure out what’s best for all of us.

I’m sorta feeling like a wreck because I love her so much, and it feels like we may lose her. Sorry for rambling but I have felt so blocked all day because of this. It’s as though I’m mourning a pet I haven’t even lost. At this point, I don’t know what we are going to do or if we are going to do anything. I just know it’s something I had to write about so I could clear my head. I think at this point we will just look into options, see if there is anything else we can do on our end to make things better, and have hope that the right solution will come along.

Have you ever been in a situation like this, and if so what did you do?

You can read more about Bailey’s story here or by clicking on the photo below: 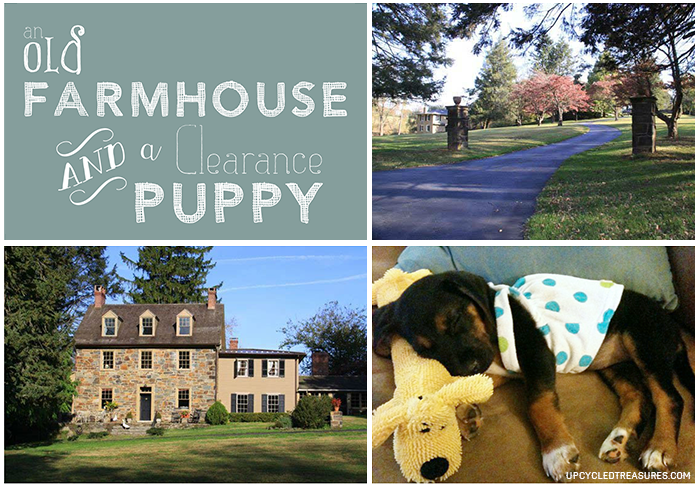