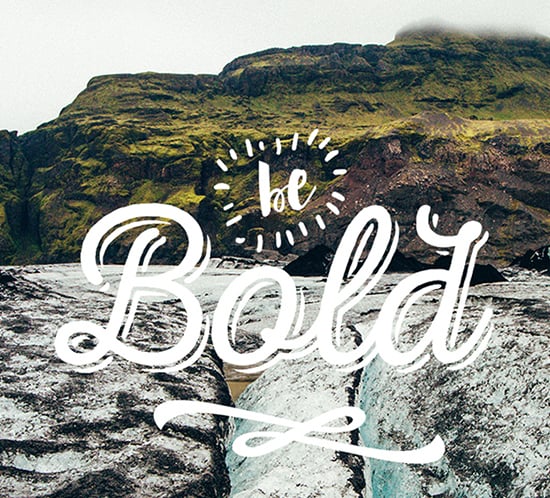 Over the past 2 years I opted for a new “Word” vs. a resolution and this year won’t be any different. It’s a great alternative to the typical New Year’s “resolution” and I think it’s important to focus on what inner growth we would like to experience.

Picking just ONE word for the year is a powerful way to simplify what you want to achieve, and can offer clarity on how you want to feel.

I’ve been giving my new word some thought over the past week, but finally decided on one. 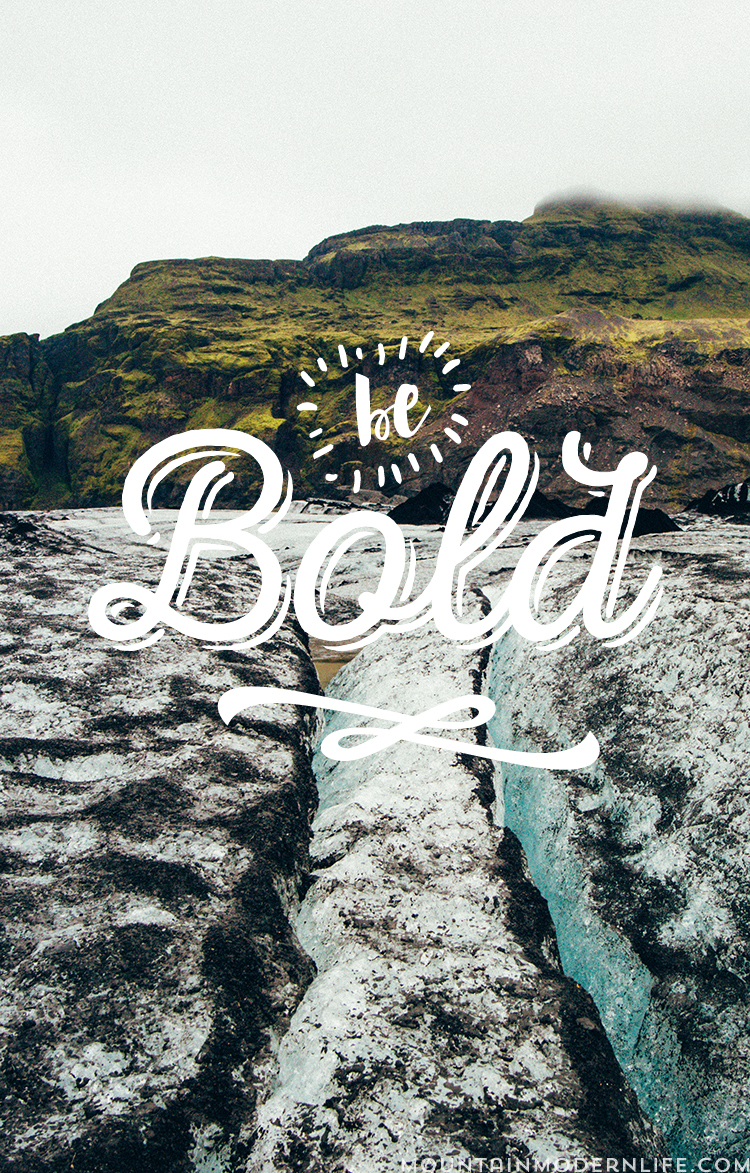 Some of the words I considered were Fearless, Courage, Brave, Embrace and Adventurous, but the word BOLD felt right as soon as I wrote it down on paper.

We made some BIG changes last year including buying an RV and my husband Eric quitting his day job to be a bigger part of Mountain Modern Life, which we recently re-branded. It seems 2016 will be full of bold moves as we downsize and hit the road, unsure of what lies ahead.

Building my own business has been the most amazing experience, but I’ve also become a bit sheltered and have no one to blame but myself. I spend more time in front of my computer then out in the “real” world and since leaving our friends behind on the West Coast I haven’t gotten out of my comfort zone to make many new ones. I like to think it’s because I’ve been so focused, but I also know it’s been driven by fear. Fear of not being skinny enough, pretty enough, funny enough, smart enough, creative enough, etc.

Over the past couple years I have felt myself becoming more fearful of the unknown or of failure, and I’m hopeful that this RV adventure will push me out of it. I mean, it’s kinda going to have to. 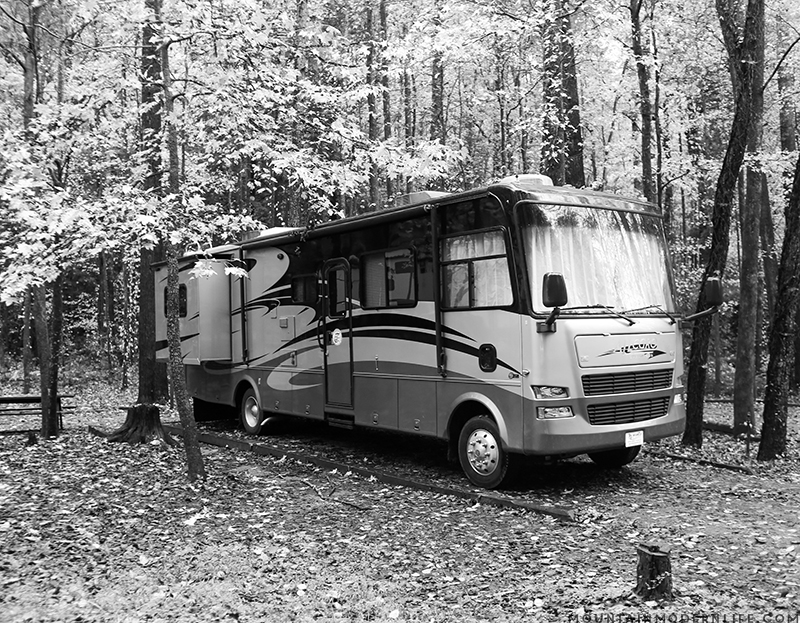 One of my biggest fears when it comes to traveling has to deal with weather. I’m a scaredy cat when it storms and that’s in a sticks and bricks home! Being in a motorized vehicle during severe weather conditions is probably the thing that scares me the most. That may sound silly to some people but I was never so scared of thunderstorms and lightening until I moved to Georgia. The number of trees that have fallen on streets and in neighborhoods we have lived in still jolts me out of bed when I hear the cracking of thunder in the middle of the night.

We will obviously be following the weather when we are on the road to try to avoid severe weather conditions, especially wind storms, flooding and tornadoes. However, I also know that weather is unpredictable and I just have to be prepared to deal with whatever comes our way. I know this and I accept this, but it doesn’t mean it doesn’t scare me.

I’m also scared of creepers. Umm… who isn’t? I think I’ve seen more episodes of Dateline Saturday night, 48 hours and Forensic Files then should be allowed. On the road your neighbors are constantly changing and you don’t know who you’re parked next to, which could be both a burden and a blessing. Even so, I’m really excited to meet new people, be inspired by their stories and learn and grow from their experiences.

I could honestly go on and on about what scares me about moving into a 35 foot RV and calling the road home, but I’ll save that for another post, along with my plans to combat fear while we are traveling.

In the end we need to be smart about our decisions, and aware of our surroundings, but we don’t need to live in fear as a result.

Life is too short to live in fear and I don’t want it to hold me back from opportunities or experiences. So instead I’m going to get out of my comfort zone to embrace life, and focus on my 2016 word of the year, by being BOLD.

Here are a few quotes I came across about being Bold:

“The doors will be opened to those who are bold enough to knock.” – Anthony Storr

“Boldness be my friend.” ~ William Shakespeare 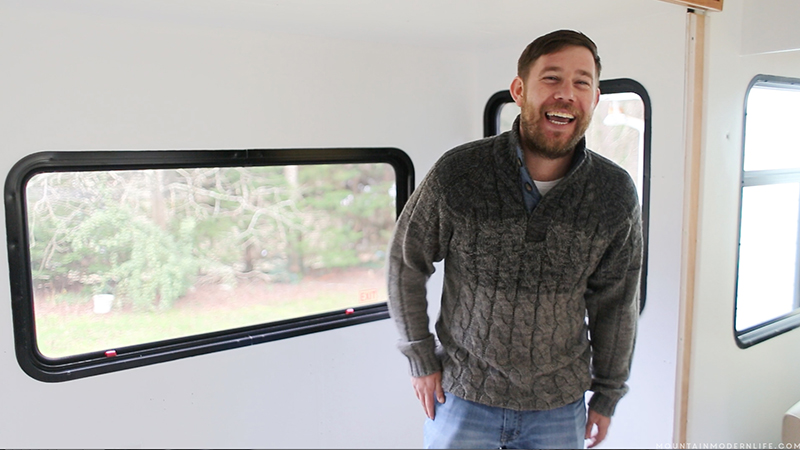 Eric choose FOCUS as his 2016 word of the year. It’s easy to get distracted with so many changes going on in our work and personal life, so he plans to focus on staying present to create a better balance and be more efficient in what he accomplishes.

I’m happy to report that so far we have been both bold and focused as we finally got our RV video channel started, woo-hoo!

What’s your Word of the Year? 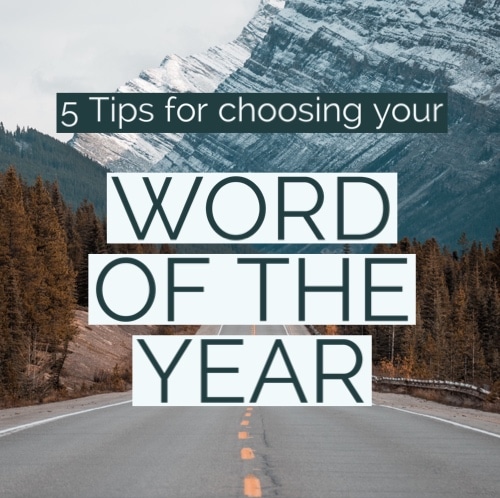 How to choose your Word of the Year 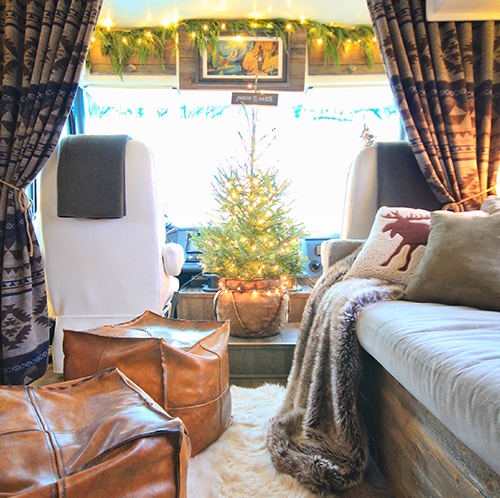 How to install a Lightweight Sliding Barn Door in an RV